Shakotsav in Botad and Bavla 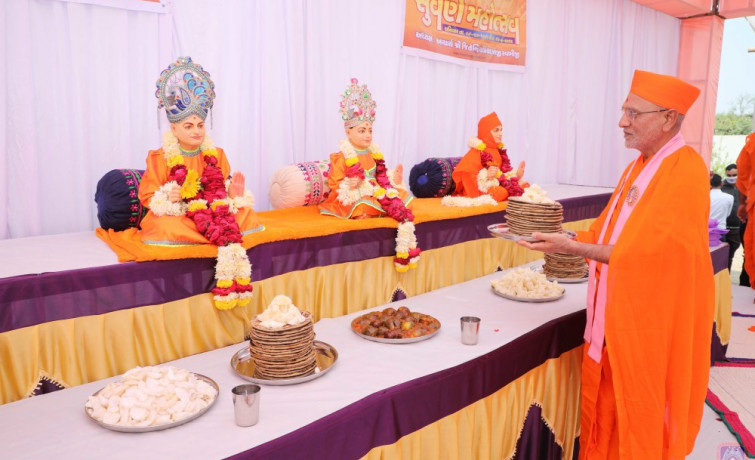 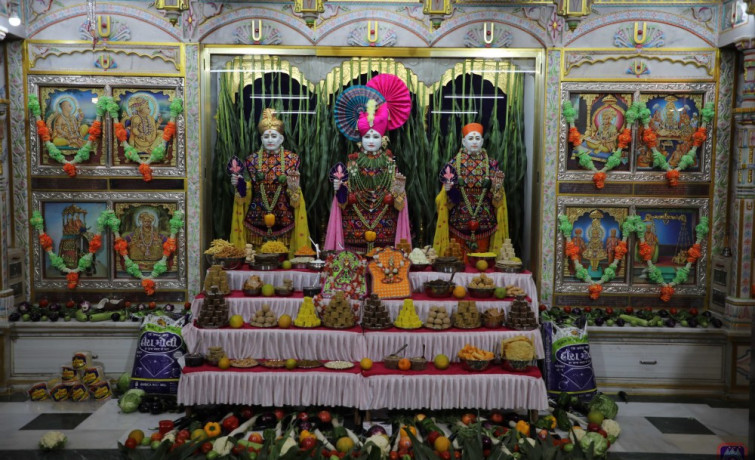 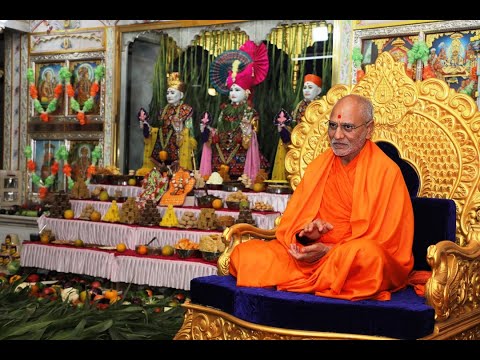 During the period of Dhanurmas, Sants and disciples recall the glorious Shakotsav festival performed by Lord Shree Swaminarayan in the village of Loya.

To demonstrate to everyone the importance of performing humble services, Lord Swaminarayan Himself cooked an aubergine curry (Shak). He used 18 Mahns (1 Mahn (unit of mass) is equivalent to 20 kg) of fresh ghee for just the Vaghar. Into this, He placed cut aubergines, enough to fill 18 large carts. Lord Swaminarayan put in the salt, spices, sugar, chillies etc. and made a delicious curry. He then served the food Himself to the sants and disciples. He had asked Nityanand Swami and the other sants to make sweet ladus, so Nityanand Swami served those. However, the Lord had instilled a divine, delicious taste into the aubergine curry, and consequently, everyone asked for more and more of it, and refused to take any of the ladus. In this manner, a grand Shakotsav festival was held in the village of Loya.

Enacting the divine deeds of the supreme Lord Shree Swaminarayan, Sants and disciples of Botad held a Shakotsav on Sunday 03 January 2021.

Acharya Swamiji Maharaj arrived in Botad during the previous evening. A concert of devotional songs was held. The next morning, Acharya Swamiji Maharaj made the aubergine curry, just like Lord Shree Swaminarayan had done in Loya. This was offered to the Lord, with millet rotla breads and sweet ladus. An assembly was also held, during which the significance of this event was described. As part of the ongoing charitable projects that Sewa-murti-param-tap Acharya Swamishree Maharaj had instigated, sewing machines were donated to poor widows of the Botad region, so that they could earn a living for the upkeep of their families.

On His return journey back to Maninagardham, Acharya Swamiji Maharaj paid an unexpected visit to Bavla, where the Sants and disciples were also celebrating the Shakotsav festival. He presided whilst the concert of devotional songs continued, and also blessed the congregation. The Shakotsav in Bavla was broadcast live over the internet to enable disciples from all over the world to experience the divinity of the special event. 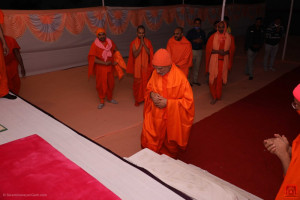 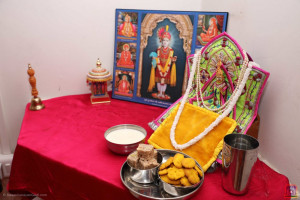 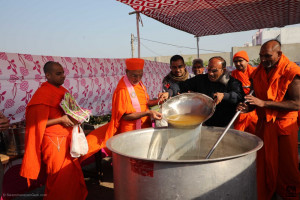 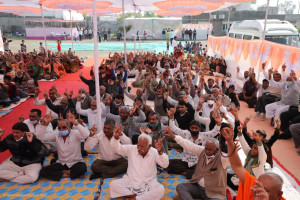 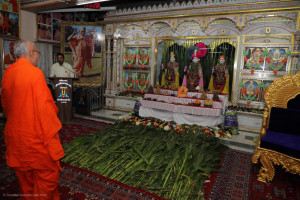 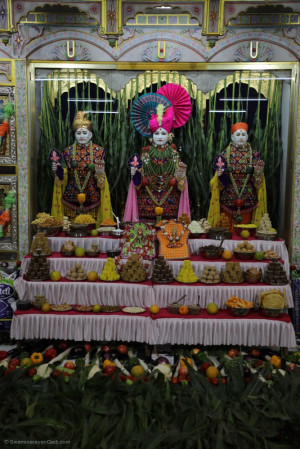