Diwali Celebration across the United States 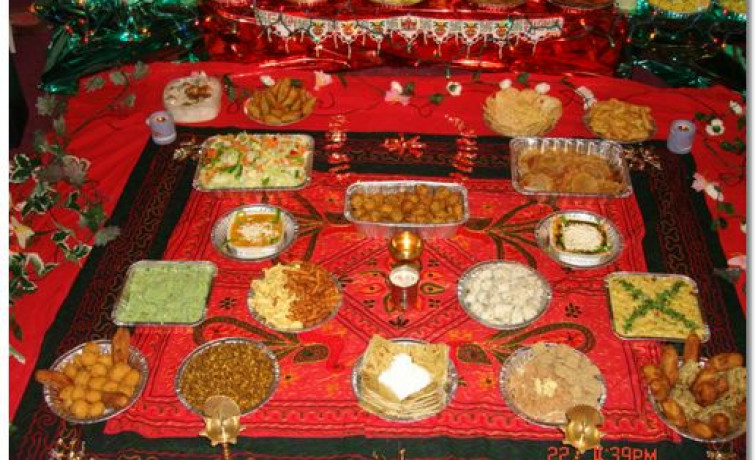 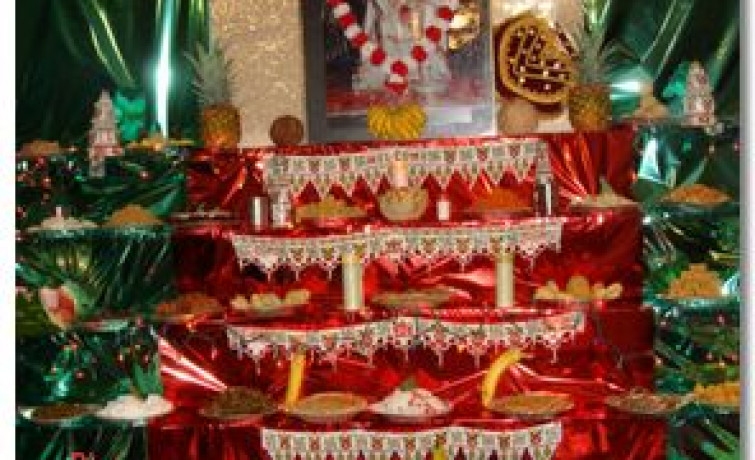 The grand holiday of Diwali (Festival of Lights) is an eagerly awaited for occasion by Hindus all over the world, as it is the start of the Hindu calendar and New Year. Diwali marks the victory of good over evil and light over darkness, making it an occasion of happiness, friendship, harmony, and warmth.

Sansthas all across the United States, from coast to coast, as well as the sanstha of Toronto, Canada observed Diwali and the New Year with utmost joy and devotion to Lord Swaminarayanbapa Swamibapa. Grand celebrations were held by the sansthas of New Jersey, Chicago, Toronto (Canada), Seattle, Delaware, Detroit, and Los Angeles.

At Shree Swaminarayan Temple New Jersey, the disciples arranged a magnificent annkut. There were over 400 items prepared and offered to the Lord. The temple was lively decorated by the disciples. Disciples performed kirtan-bhakti and offered aarti to Lord Swaminarayanbapa Swamibapa. The program concluded with maha-prasad for all who were present and raas.

Diwali and the New Year were similarly celebrated in Chicago. A grand annkut was offered to the Lord at the temple as well as at the Eisenhower Junior High School Community Hall where the celebration took place. Disciples from all over the mid-west region of the United States gathered for the event.

The disciples of Delaware and surrounding areas assembled an annkut and celebration at the home of a disciple. Over 125 items were presented to the Lord. Many had gathered to celebrate this occasion, and maha-prasad was given to all those who came.

All of the congregations of the United States and Canada would like to wish everyone a very happy Diwali and a prosperous New Year. Jay Shree Swaminarayan. 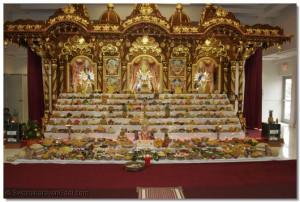 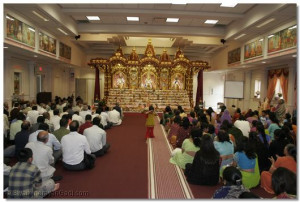 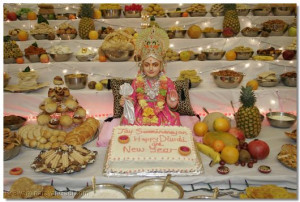 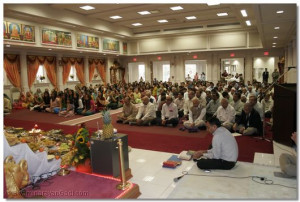 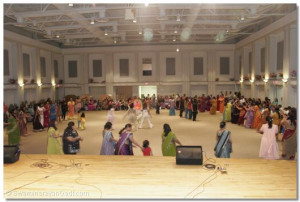 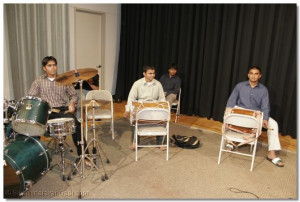