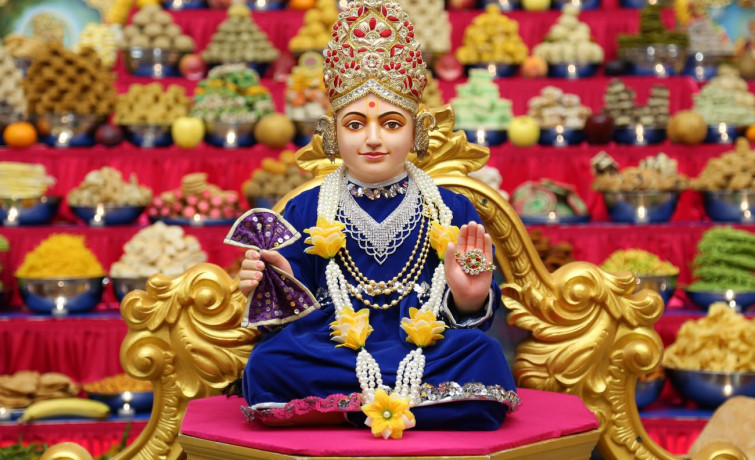 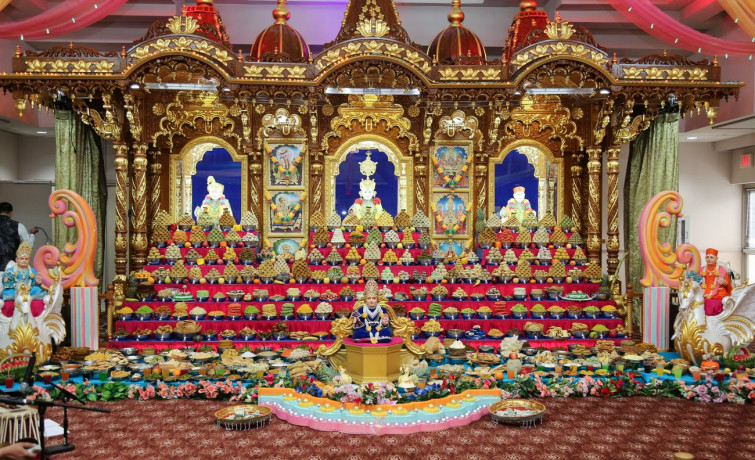 Diwali is the festival of light marking the final day of the Hindu calendar. The festival signifies the victory of light over darkness, and it inspires a joyous and peaceful environment while those who celebrate ring in the New Year. Maninagar Shree Swaminarayan Gadi Sansthan temples across North America celebrated the Diwali and New Year festival. Disciples gathered to offer prayers and grand annakuts to Supreme Lord Shree Swaminarayanbapa Swamibapa and observe the auspicious occasion.

Hundreds of community members from across Hudson County attended the Diwali Open House during which they had the opportunity to learn more about Diwali, the Swaminarayan faith, and Indian culture. Visitors rotated among different showcases of artwork, music, sports, clothing, food, and service. Mayor Michael Gonnelli of Secacus and Mayor Nicholas Sacco of North Bergen also attended the event to partake in Diwali celebrations. Following the Diwali Open House, as part of our Hurricane Harvey and Sandy relief efforts, the temple donated thousands of supplies,such as diapers, toothbrushes, bandages, and sanitation supplies, to Medshare, a local non-profit charity.

Disciples continued the celebrations by listening to the divine blessings of Acharya Swamishree and performing kirtan bhakti, Sandhya aarti, and niyams. The celebrations concluded with dinner Prasad and fireworks to celebrate the festival of light. 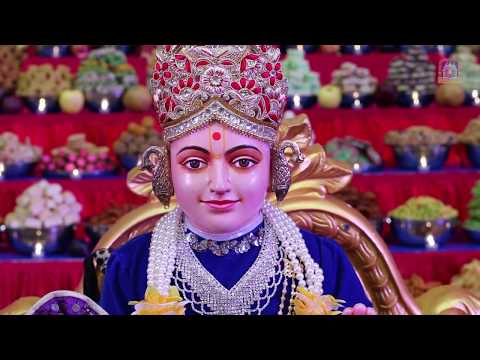 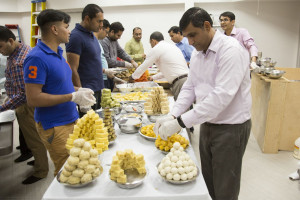 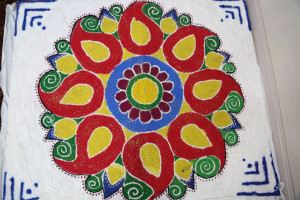 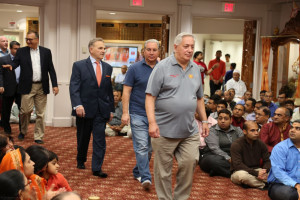 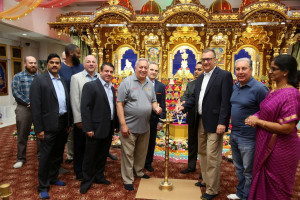 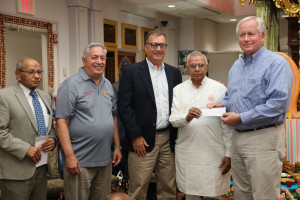 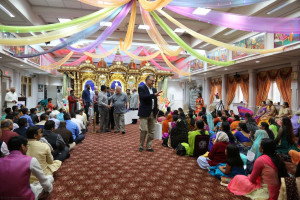