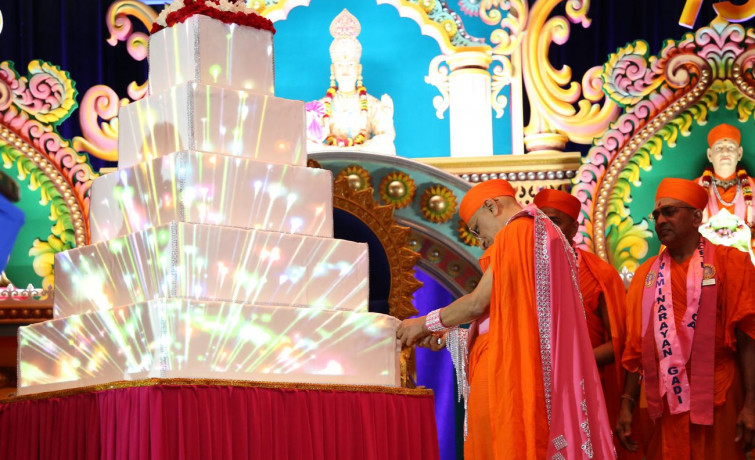 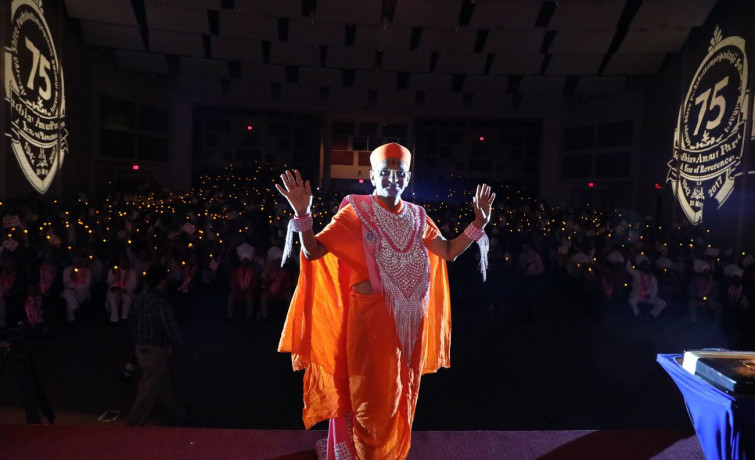 After an all-embracing Sadbhav Yatra Vichran of North America, on the evening of Saturday, August 5, 2017, the highly-anticipated Sadbhav Amrut Parva North America celebrations commenced at the Arthur F. Couch Performing Arts Center in Secaucus, New Jersey. After over a year of intricate planning, over a thousand disciples from all across the globe gathered in New Jersey to celebrate the 75th Manifestation Day of His Divine Holiness Acharya Swamishree Purushottampriyadasji Maharaj. Historically on several occasions, Secaucus High School has served as a venue for Acharya Swamishree’s Manifestation Day celebrations; many disciples recalled and cherished these memories during the festivities. In addition, the entire event was broadcasted live by TV Asia International on Facebook and YouTube.

The ladies of Maninagar Shree Swaminarayan Gadi Sansthan – North America, presented Acharya Swamishree with a hand-made ribbon haar and vagha. Each ribbon, 750 in total, had the prathna “Maha-balvant maya tamaari” from the Bhaktchintamani scripture thoughtfully etched on it by girls and ladies from all across North America. The entire audience recited the prathna, while Sants adorned Acharya Swamishree with the beautiful vagha.

Following, Sant Shiromani Shree Sarvatmapriyadasji Swami delivered a speech, in full English, about the glory of Acharya Swamishree; the speech was inspirational to many of the youth. Next, Acharya Swamishree, Sants, and disciples launched the newly-made Swaminarayan Gadi North America website, providing a better resource to local disciples of our eleven chapters in North America.

Overjoyed by the overwhelming display of love and unity, Acharya Swamishree surprised His disciples by spontaneously showering His divine blessings. Swamishree spoke about the importance of bhakti and unity, and the joy Lord Shree Swaminarayan, Jeevanpran Shree Abji Bapashree, and Jeevanpran Shree Muktajeevan Swamibapa feel when His disciples all work together for jubilant, religious events such as this. 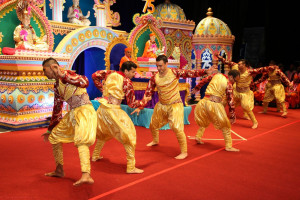 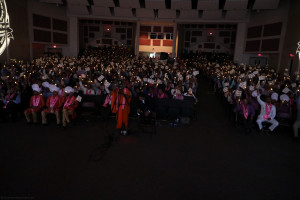 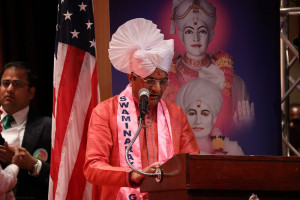 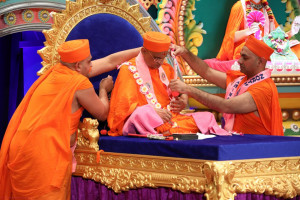 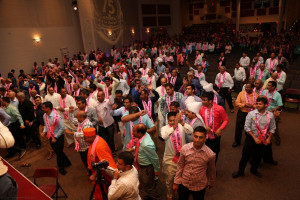 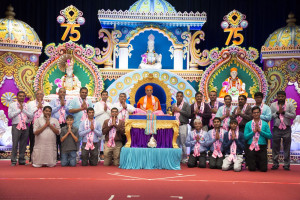