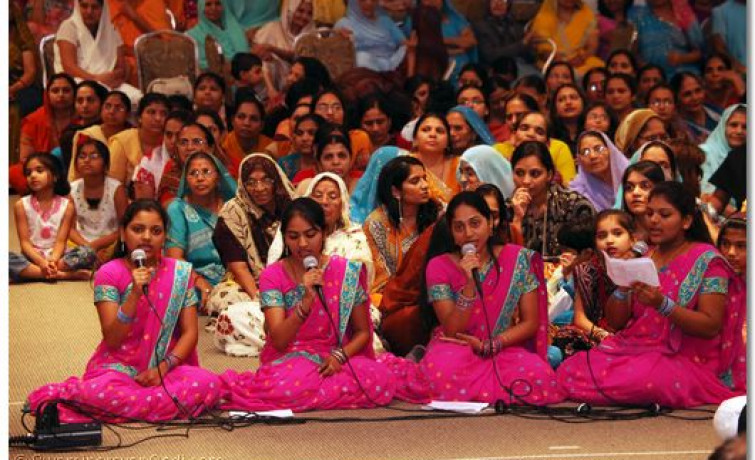 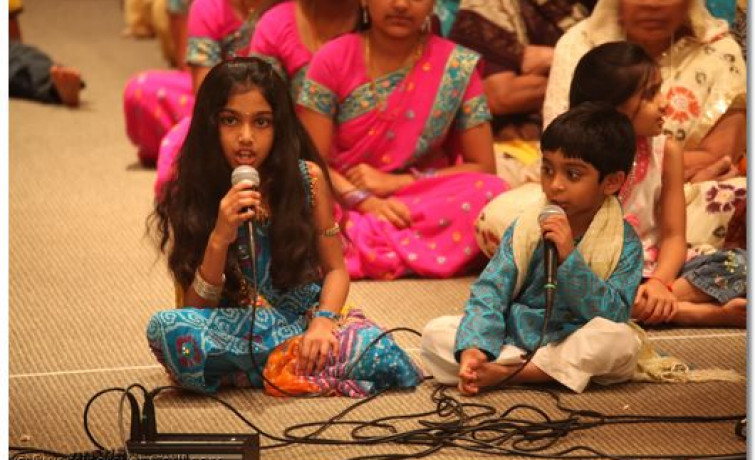 On the second day of the annual Patotsav, Acharya Swamishree, in His divine blessings, preached about the consequences of arrogance. Supreme Lord Shree Swaminarayan is so great that even the deities do not have His divine darshan. He has given us the human form to spend life according to the religious decree. We should not waste time illicitly in worldly pleasures, but instead, we should spend it in devotion towards the Supreme Lord to order to achieve eternal salvation.

Disciples should not let ego take over the mind and body; otherwise, one falls away from devotion. One who lacks the knowledge of the Lord’s supremacy is most likely to be haunted by ego. Without God’s mercy, we are not capable of performing devotion. Arrogance is the biggest obstacle in devotion. Another big obstacle is that we do not look at our own internal enemies, but rather at others’. God loves devotion, and we should spend our time in devotion to achieve eternal salvation.

After Acharya Swamishree’s divine ashirwad, the sabha was concluded, and disciples were served maha prasad. Later that afternoon, disciples participated in parayans, and the scripture recital of Shree Swaminarayan Gadi continued. Prasad was served in the evening before the start of the night program.

During the night program, young disciples performed various devotional songs and dances to please Lord Swaminarayanbapa Swamibapa. There were about fifteen performances, including a unique chair stunt dance and a finale performance to “Jai Ho” and “Jay Jay Swamibapa.” The night concluded with Acharya Swamishree, sants, and disciples all dancing and singing to the finale song. 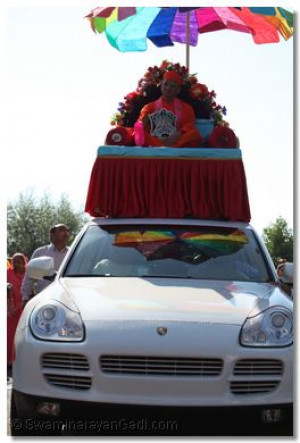 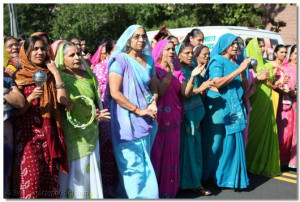 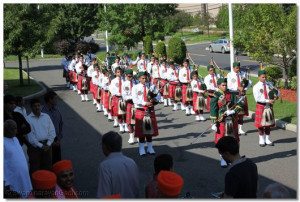 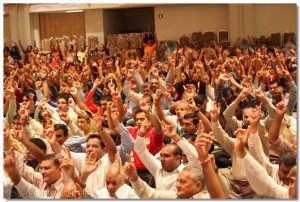 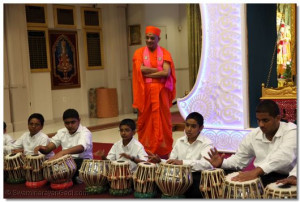 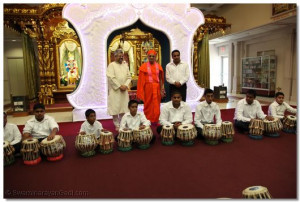