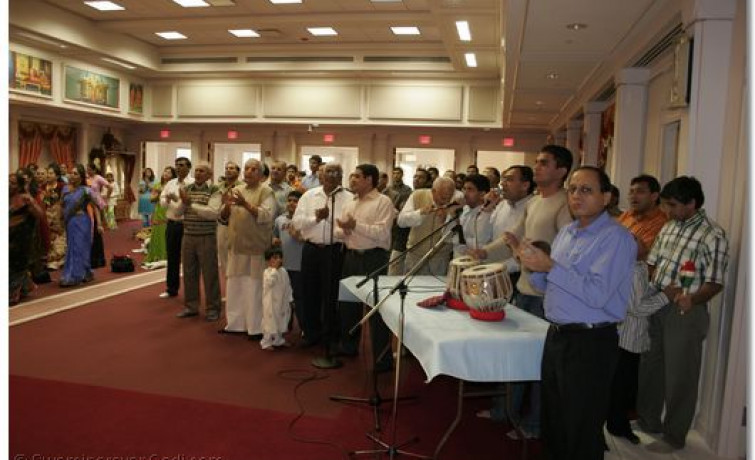 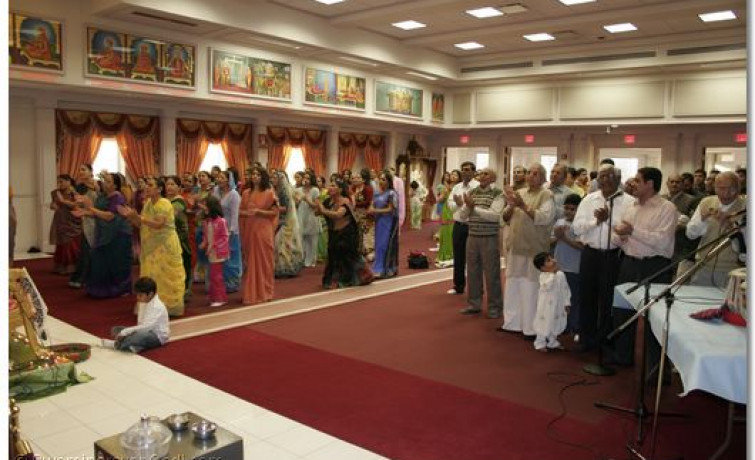 Prabodhini Ekadashi (Kartik Sud 11) is when the four-month fasting season of Chaturmas comes to an end, and it is the first ekadashi after Diwali. Prabodh means “to awaken.” This is the day that the Lord is said to awaken from his four-month sleep.

This day has even greater significance to the Karan Satsang as six great historical events occurred on this very day:

The disciples of Shree Swaminarayan Temple New Jersey celebrated this auspicious occasion on Sunday, November 5th, 2006. A 24-hour continuous dhoon was also held due to the importance of this day from Saturday to Sunday.

At the celebration Jeevanpran Shree Abji Bapashree presided on a golden swing and gave His divine darshan throughout the entire program. Disciples performed kirtan-bhakti and offered a cake to Jeevanpran Bapashree for His Jayanti. The celebration concluded with all of the disciples offering aarti to Lord Swaminarayanbapa Swamibapa and everyone taking Maha-Prasad. 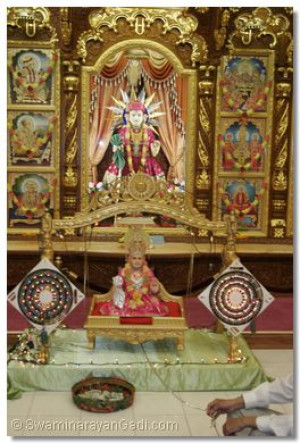 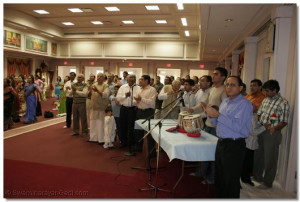 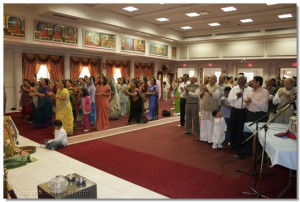 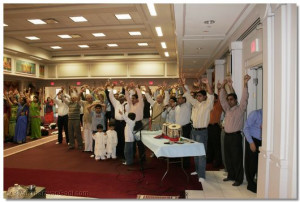 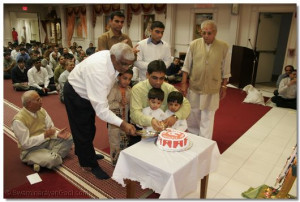 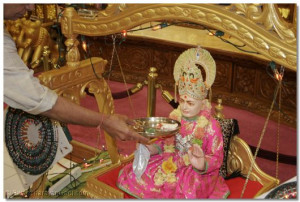