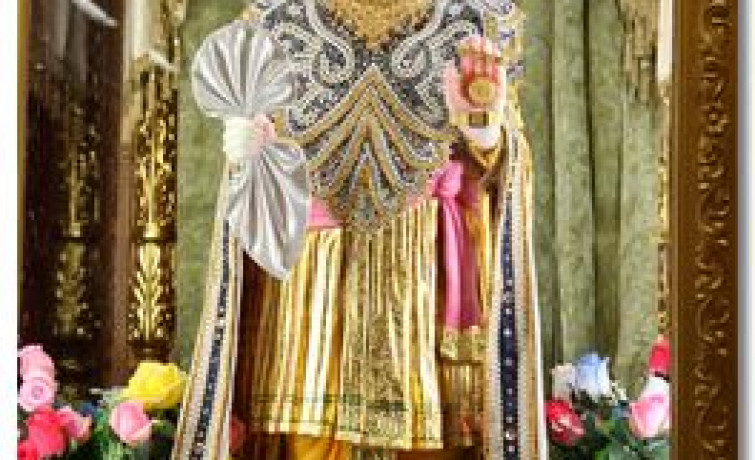 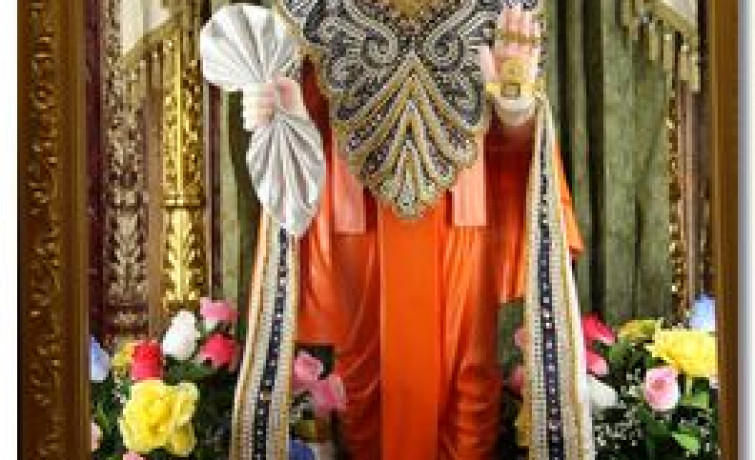 Eight years have already passed by since the installation of the divine murtis of Lord Swaminarayanbapa Swamibapa and the historic Suvarana Tula (gold-weighing ceremony) at Shree Swaminarayan Temple New Jersey. The eight Patotsav (temple anniversary) celebration commenced the afternoon of Friday, July 31st, 2009 with the recital of the Shree Swaminarayan Gadi scripture. Afterwards, His Divine Holiness Acharya Swamishree showered His divine blessings upon the entire congregation.

His Divine Holiness Acharya Swamishree explained the importance of having the true knowledge of Lord Shree Swaminarayan’s form. One who understands this form does not fall from the Satsang even if God shows the harshest of exams upon an individual. He truly believes that whatever God is doing or showing is in the best interest of him. To earn wealth in this world, one needs patience, dedication, and hard work. In a similar manner, to stay in the satsang one has to have the true knowledge of the Lord’s form (murti).

In order to achieve peace in one’s life, one should remember and read about the festivals, celebrations, and events performed by the Lord and His Satpurush. The name Krishna was in the old Vedas even before Shree Krishna was born in Mathura. Our Vedas are the teachings of Lord Shree Swaminarayan Himself. These scriptures are the Vachanamrut, the Shikshapatri, etc. They are the Shrutis (scriptures containing the direct teachings of God). Scriptures that contain guidance from great sants, sages, and philosophers are the Smrutis.

A mumukshu should ask three questions before going to sleep in order to preserve one’s knowledge and grow in the satsang. Firstly, if no good deed was performed, did I take part in any bad ones or commit any sins? Secondly, what is the best deed I performed today? Lastly, is there anything left to do that was worth doing?

God says He always remembers five things. First, every living organism dies. Second, how many deeds are performed and how many areleft? Third, am I weakened by the activities of the five senses? Fourth, are the Muktas free of the five senses? Last, I don’t allow myself to be depressed. If I did, would leave this human form.

After John Reilly’s speech, everyone left Swamibapa Hall for the temple hall and performed Sandhya Aarti niyams. Disciples were then served maha prasad, and a night program commenced around 8:00 PM. Young disciples had set up a game for the audience to participate in. It was called “What, When, and Where?” and pictures were displayed on the big screen. Everyone tried to guess what historic religious event was occurring the picture, when it occurred, and where it occurred. The game featured events from Lord Swaminarayan’s time, Jeevanpran Swamibapa’s time, and Acharya Swamishree’s vicharans in the United States. A second game called “Funny Faces” was then played. Disciples tried to guess who the committee leaders from the temple were from contorted photographs. 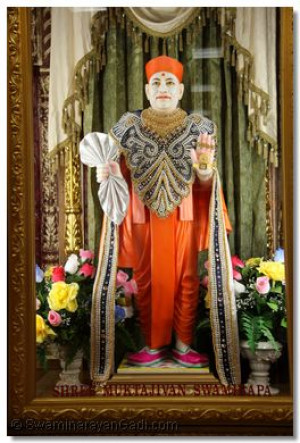 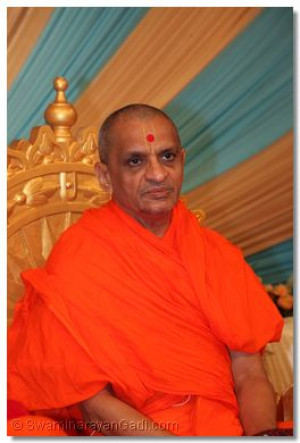 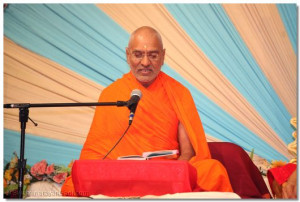 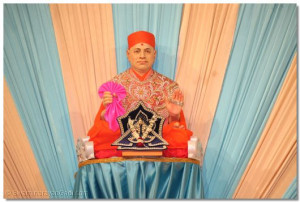 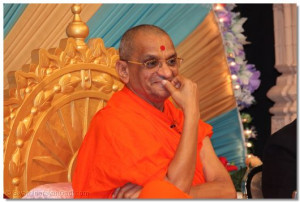 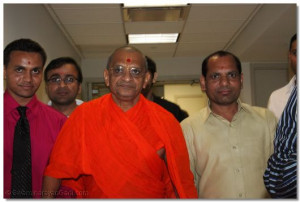