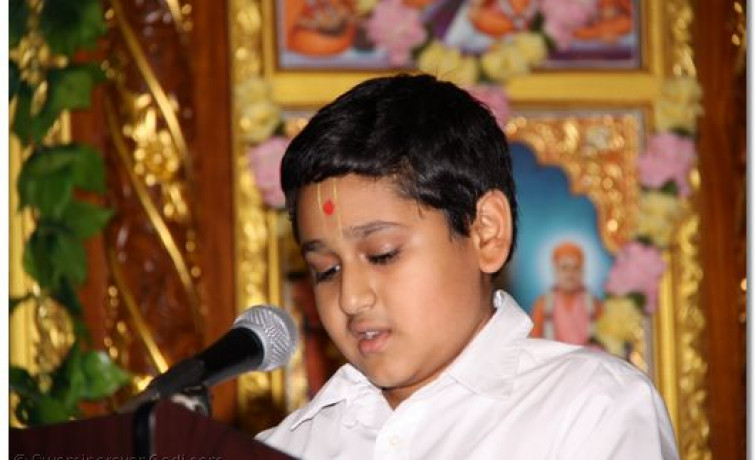 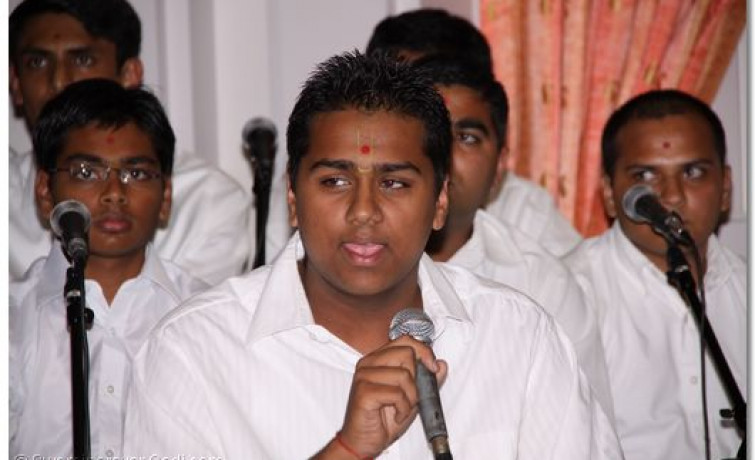 In slok 103 of the Shikshapatri, Lord Shree Swaminarayan describes bhakti (devotion) as intense love for the Lord combined with a true understanding and knowledge of His supremacy and grandeur. In Gadhada First Section 40 of the Vachanamrut, the Lord further describes bhakti by explaining that there are nine different types of bhakti a disciple may perform. The Lord also states that the ultimate type of bhakti is pativrata bhakti (chaste devotion), and this is achieved when all nine types of bhakti are performed together with extreme love for the Lord. One of these nine types of bhakti is kirtan bhakti -  the singing of the praises of the Lord.

Kirtan bhakti is very dear to the Lord and Shree Muktajeevan Swamibapa, for when a disciple performs kirtan-bhakti, one does not merely recite praises of the Lord, but he or she also performs these praises with sweet, melodious singing and the playing of instruments, making the praises all the more enjoyable. When a disciple sings a kirtan to the Lord from the heart with true love, the Lord joins in and gives encouragement to His child so that his or her devotion is strengthened. Through kirtan bhakti, a disciple may achieve great bliss.

Once Acharya Swamishree was seated, the program commenced. Young disciples took turns singing praises of the Lord as sants and disciples accompanied their singing with the playing of musical instruments. A few disciples also gave speeches about the Lord’s glory and recited sections from the Vachanamrut. As a surprise, sants Shree Satyaprakashdasji Swami, Shree Anantananddasji Swami, and Shree Dharmavatsaldasji Swami performed kirtans as well. A crowd favorite was the kirtan “Kem Kari Bhulai,” performed by Shree Satyaprakashdasji Swami. This was the same kirtan Acharya Swamishree danced to during His divine ashirwad at the Ocala, Florida Ground-Breaking Ceremony. During the performance, sants and disciples were so filled with joy that they got up and danced around Acharya Swamishree. There were several encore performances of the kirtan throughout the night. The lyrics of this kirtan are very beautiful, allowing anyone who sings or listens to it to instantly experience complete happiness:

These few lyrics from the kirtan ended the night. Sants and Shree Swaminarayan Temple New Jersey’s Youth Mandal showed their love for the Lord through kirtan bhakti, and they showed that the Lord and His name will forever be in their hearts. The night was unforgettable. 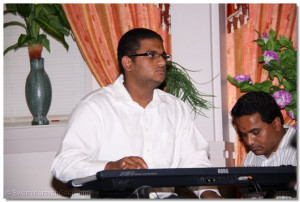 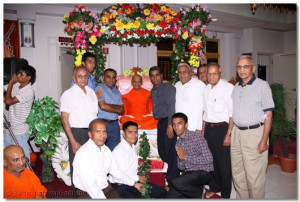 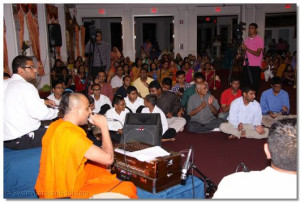 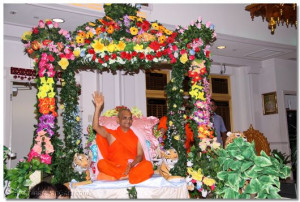 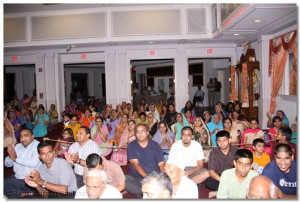 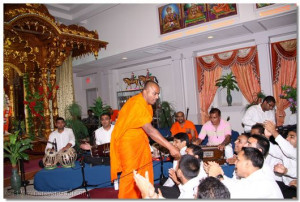