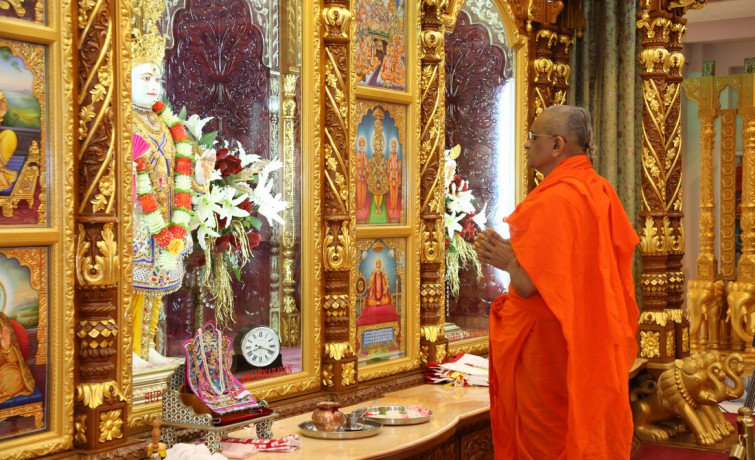 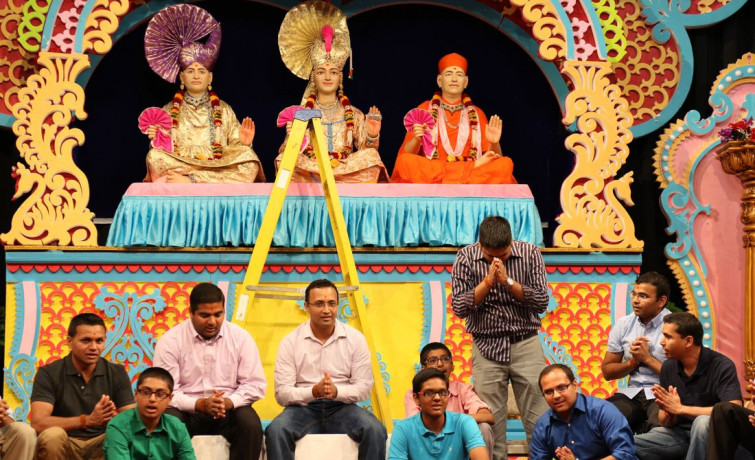 It is hard to believe thirteen years have passed since the historic Murti Pratishtha Mahotsav and Suvarna Tula of Shree Swaminarayan Temple New Jersey in 2001. As a part of the thirteenth annual Patotsav celebrations, various religious and cultural programs were held on Saturday, August 2, 2014.

In the afternoon, Acharya Swamishree, sants, and disciples congregated inside Shree Muktajeevan Swamibapa Community Hall for Raksha-bandhan celebrations. Acharya Swamishree individually tied raakhdis on each and every disciple’s right wrist, symbolizing the Lord’s protection under the divine shelter of Shree Swaminarayan Gadi.

Acharya Swamishree then performed Sandhya aarti, and everyone performed evening niyams in the temple prayer hall. Mahaprasad was then served to all.

Around 8 PM, Acharya Swamishree, sants, and disciples congregated back inside the community hall for an evening of devotional performances. Young women disciples performed kirtan-bhakti to a delightful array of kirtan selections to please Lord Swaminarayanbapa Swamibapa and Acharya Swamishree. The young men disciples of Shree Swaminarayan Temple New Jersey then performed a socially-motivated religious drama, highlighting the core teachings of Lord Shree Swaminarayan, Jeevanpran Shree Abji Bapashree, Jeevanpran Shree Muktajeevan Swamibapa, and Param Pujya Acharya Swamishree. The drama explained how one can overcome the social hardships and difficulties of living in a westernized nation such as the United States so that one may increase his or her religious knowledge and practice unhindered devotion daily. The religious drama was followed by an eclectic mix of kirtan performances by the young men. Acharya Swamishre, sants, and disciples all thoroughly enjoyed the relaxing evening of devotional performances. At the conclusion, Acharya Swamishree blessed all of the evening’s participants before being escorted out of the community hall to His living quarters.

Mayor Gonnelli presented Acharya Swamishree with fresh vegetables from his personal garden to offer to the Lord, which he humbly does annually at each Patotsav. Assemblywoman Jimenez presented a letter on behalf of Senator Nick Sacco, Speaker Vincent Prieto, and Assembblyman Raj Mukherji. The letter stated that the team “pays tribute to the inspirational teachings and practices of Acharya Shree Purushottampriyadasji Swamiji Maharaj and extends sincere wishes and good luck in the future.” Acharya Swamishree and disciples then presented $1000 donations each to the Secaucus Fire Department and the Office of Emergency Management.

The special guests were then escorted out, and Acharya Swamishree subsequently showered His divine blessings upon the entire congregation. Disciples who had recently graduated from high school, college, graduate, and doctorate school were then presented with certificates from Acharya Swamishree to honor their outstanding achievements.

Afterwards, Acharya Swamishree gave His darshan to all disciples and was escorted out of Swamibapa Hall to consecrate the afternoon’s lunch, and this concluded the memorable two-day 13th patotsav celebration of Shree Swaminarayan Temple New Jersey. 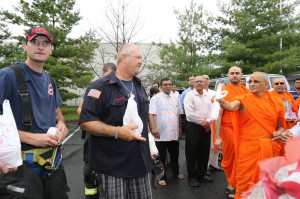 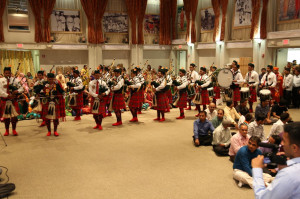 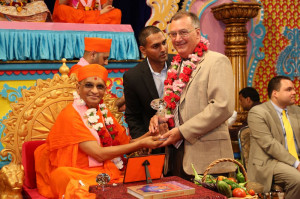 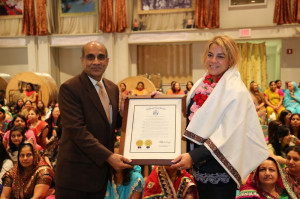 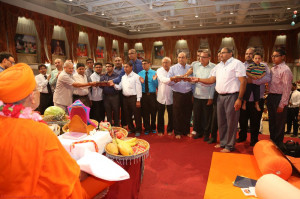 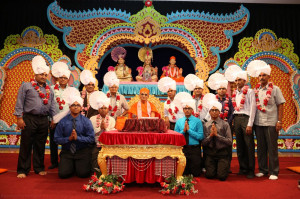