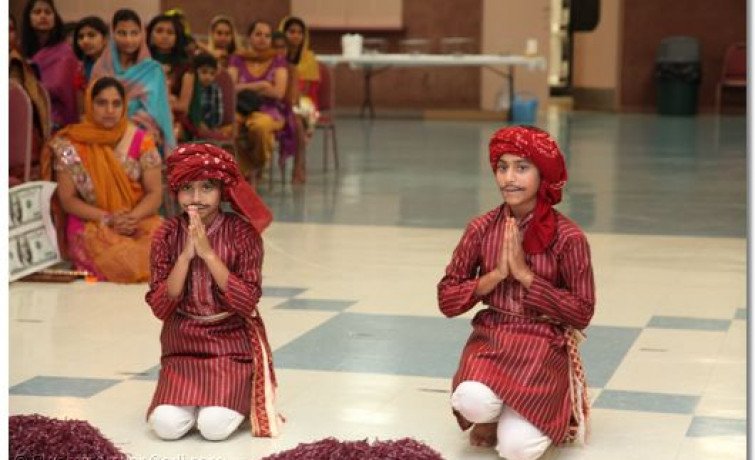 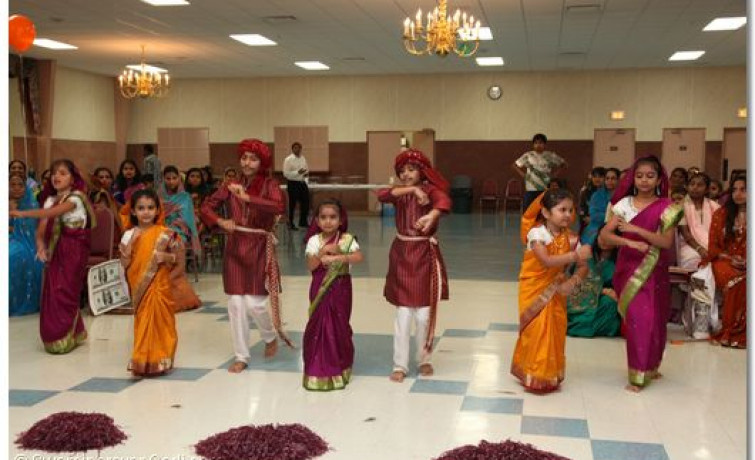 The afternoon of Sunday, August 7th, 2011, after the conclusion of the Dashabdi Mahotsav celebrations of Shree Swaminarayan Temple New Jersey, His Divine Holiness Acharya Swamishree and sants departed the temple for a three-day vicharan of the Mid-Atlantic region of the United States. This region includes the states of Pennsylvania, Delaware, and southern New Jersey. Acharya Swamishree and sants performed padhramanis at the homes and businesses of disciples, and a Satsang sabha was held in Delaware on the last day of the vicharan, Wednesday, August 9th, 2011.

The sabha was held at the Claymont Fire Comany Hall, and it began in the late afternoon. Hundreds of disciples had gathered. Sants performed kirtan-bhakti and katha. Acharya Swamishree then arrived, and He was escorted into the hall by leading disciples. Once He was seated on His gadi, young disciples performed a devotional dance to the kirtan "Swaminarayan Mahamantra" to please Lord Swaminarayanbapa Swamibapa and Acharya Swamishree.

Many honored guests from around the region had come to the sabha for Acharya Swamishree's divine darshan. They also visited a disciple's home the day before for Sandhya aarti niyams. Guests included: Delaware State Senator David McBride; Ed Maynard from Everpure Filtration Systems, who has an office in India and has visited Maninagar temple and the Smruti Mandir; reporter for the Delaware News Journal Gary Soulsman; and News Journal features section editor Betsy Price.

During the sabha, Acharya Swamishree also showered His divine ashirwad. In His divine ashirwad, Acharya Swamishree spoke of true and chaste devotion. There are nine types of devotion (bhakti). When all nine types of bhakti are preformed together, the ultmate type of bhakti, pativrata bhakti, is achieved. This is the type of devotion that all disciples of Lord Shree Swaminarayan should strive for. In order to reach this goal, when one performs bhakti, he or she should never perform it to impress others, to make others jealous, or to please anyone other than the Lord Himself. That is not true devotion. The Lord is extremely pleased when disciples perform bhakti with pure heart.

Lord Shree Swaminarayan also becomes very happy when a disciple has un-faltered faith in Him. No matter what the circumstances are in a disciple's life - whether they are rich or poor, old or young, of high stature or low stature, if one has faith in the Lord, He loves that disciple very much. Every disciple has an equal chance in the Lord's eyes; He loves them all the same. When a disciple willingly comes to the Lord and says that he or she is the Lord's child and that he or she will do everything according the Lord's will, the Lord is extremely pleased and blesses His child.

Live your life in a manner that people do not 'fariyad' (complain) about you, but instead, they 'fari yad' (remember) you and your conduct.

And for that reason, Acharya Swamishree states:

Ensure that your words are not 'gamme tevu' (nasty and worthless) but instead are 'game tevu' (likable) to all.

After Acharya Swamishree's ashirwad, a retired principal from a high school in Mokhasan, India, gave a speech. Acharya Swamishree then blessed all the disciples and departed the hall to return to Shree Swaminarayan Temple New Jersey. Everyone then received maha-prasad. 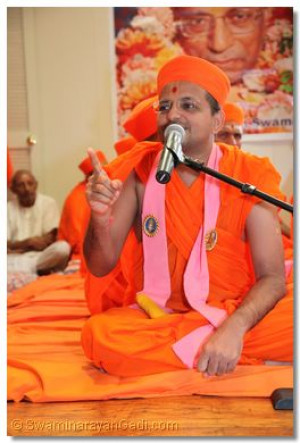 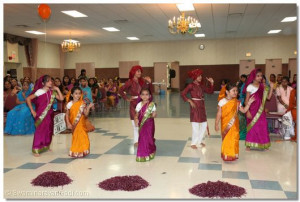 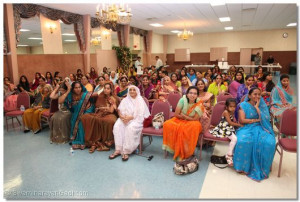 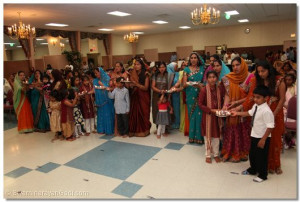 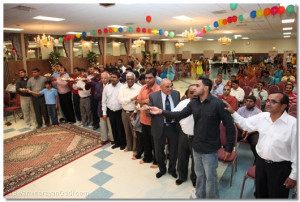 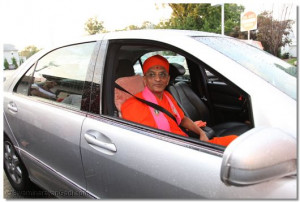