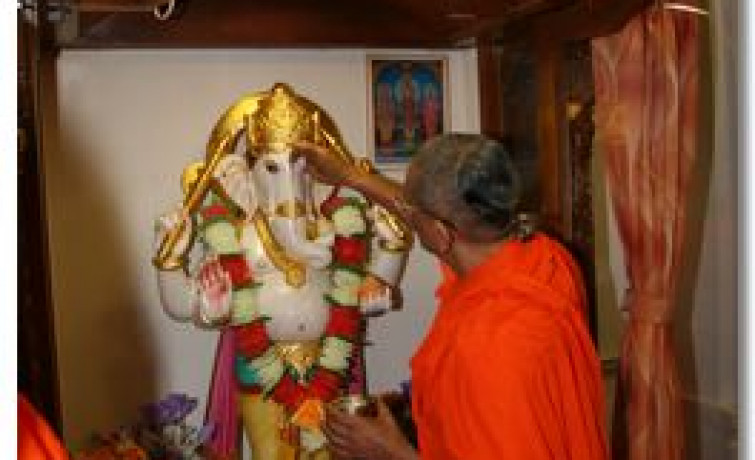 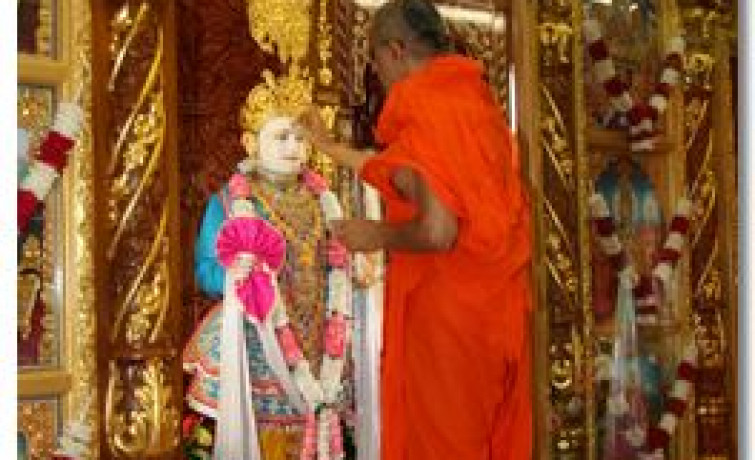 On Sunday, August 3rd, 2008, His Divine Holiness Acharya Swamishree performed the 7th Patotsav ceremony of Shree Swaminarayan Temple New Jersey. After the Patotsav ceremony, He performed the flag-raising ceremony, replacing last year’s Shree Swaminarayan Gadi flags on the temple’s sikhars with new ones. Upon reentering the temple, the sants had arranged a grand ankoot to offer to Lord Swaminarayanbapa Swamibapa, featuring a variety of Indian sweets and a cake made especially for the celebration. Acharya Swamishree then cut the cake and offered it to the Lord. Sants and disciples then performed aarti to Lord Swaminarayanbapa Swamibapa.

In His blessings, Acharya Swamishree preached about the glory of Supreme Lord Shree Swaminarayan. By understanding the glory and supremacy of the Lord, one will attain eternal salvation. A mumukshu (person seeking salvation) should do darshan of the Lord with mahima – the realization that the Lord is the most supreme entity.  Bhakti (devotion) should also be done with mahima.  Without mahima, one can not truly understand the satsang.  Doing darshan with mahima can make an ordinary soul into a disciple – a satsangi.  When a mumukshu, in his mind, desires anything else besides the Lord and His murti, he has committed the biggest sin. One should only ask Lord for His murti. God will fulfill the desired fruit.

Narbhe Raam Shastri was an ordinary man who was farming when he suddenly laid his eyes on the lotus murti of Lord Swaminarayan passing by the village. His soul achieved instant peace. He then ran towards the Lord and invited Him to his house for lunch. The family of four became disciples and began to live life according to the Lord’s wish. After five years, Narbhe Raam Shastri went to Akshardham. His wife and children decided to sell all their assets and spend the rest of their lives in service of the Lord. After some time, the kids were pulled into a partnership in some business.  Lord Swaminarayan gave darshan to them and gave them guidance, explaining to them why they were there in first place: to please the Lord and to be in His devotion.

Lord Swaminarayan showed both sons the right path based on their mahima. Lord still exists in our Satsang today via His Satpurush to give guidance to lost souls and give eternal salvation.

After Acharya Swamishree’s divine blessings, everyone was served maha-prasad. This concluded the three-day Patotsav celebration. 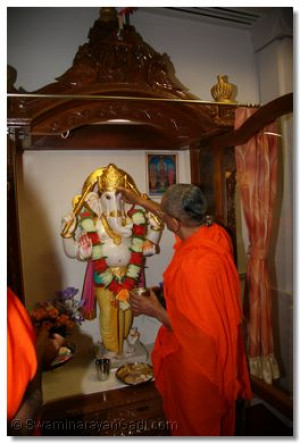 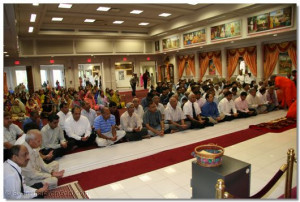 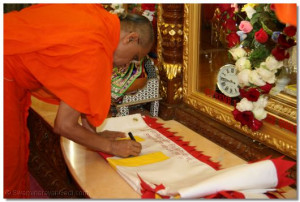 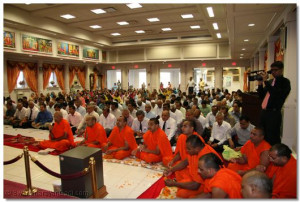 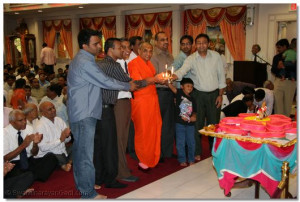 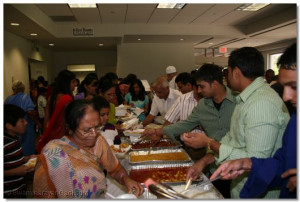