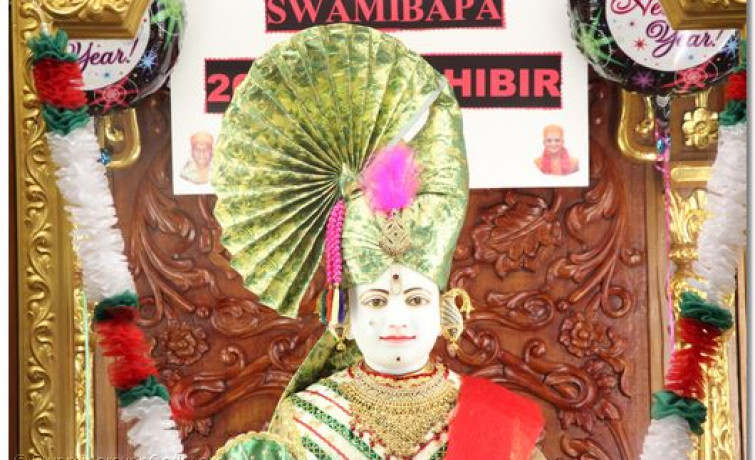 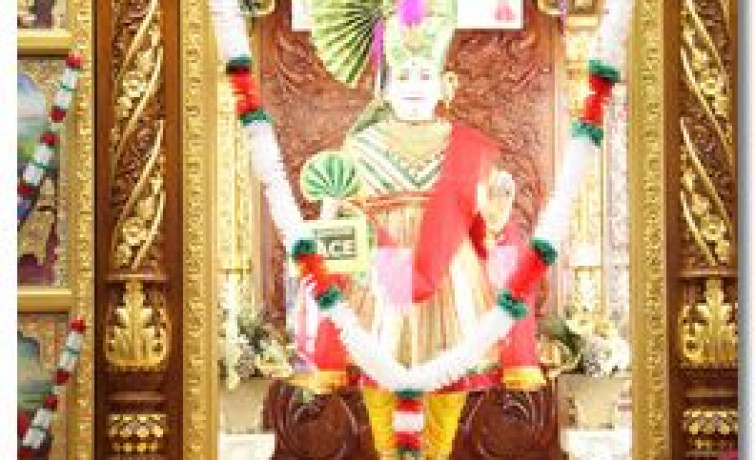 Shree Swaminarayan Temple New Jersey annually organizes a Satsang shibir each New Year to further disciples’ knowledge about the Swaminarayan faith in a fun and creative way and to promote unity within the temple congregation.  It is a very enjoyable event meant for disciples to end the current year and to begin the New Year on the best terms – i.e. by having fun pleasing the Lord and by spending time with other disciples.

This year’s shibir took place on Saturday, December 31st, 2011 and Sunday, January 1st, 2012, and it was organized slightly different than previous years’ shibirs. All disciples, from the very young to the very old, were split up into seven teams, each named after one of our seven Guruparampara. For every game and competition, disciples from every team competed against each other. Winners accumulated points from each victory for their respective teams, and total points from all activities were tallied to determine the overall shibir winning team. In addition to this new organization system, the shibir was more jam-packed with fun and excitement than usual since new games and competitions meant to involve disciples from all age groups were incorporated into the shibir.

The first day of the shibir commenced Saturday afternoon. Disciples played group games such as kabadi, kho, and volleyball. It was also the first day of “The Amazing Race,” a scavenger hunt game based on the popular TV show but applied to the Satsang and Shree Swaminarayan Temple New Jersey’s history and premises. Disciples have organized The Amazing Race annually for the past two years, but this year it was revamped to be even more involved and exciting than usual. Over a dozen teams of two from all seven overall shibir teams participated in the race. On the first day, all teams were required to carefully read the temple’s informational brochure, and then locate a specific hidden vehicle located off of Penhorn Avenue to obtain the next clue. They then had to count all the parking spaces on the premises of Shree Swaminarayan Temple New Jersey and take that number to the temple’s tool shed for the next clue. Then, they had to clean and vacuum a specific area of the temple in preparation for the next day’s events, receive approval, and then race to the electrical control room to complete the first leg of the race. The last four teams to complete the leg were eliminated, and the rest moved onto the next day’s segments of the race.

On New Year’s Day, many disciples had gathered in the temple for Mangala Aarti, including the advancing Amazing Race teams. Based on what time and order they completed the first leg of the race, the remaining teams began the second leg of the race immediately after Mangala Aarti. Teams had to find hidden bags with puzzles inside them and assemble them as fast as they could. These puzzles were unique, in that they were actually kirtans. Once they completed the puzzle, they had to sing the kirtan correctly out loud before receiving their next clue. For their next task, they had to use their cars, and they had the option of either going to the site of the old Hari Mandir in Secaucus or to the home of a disciple where His Divine Holiness Acharya Swamishree stayed when he came to the United States for the first time as Acharya of Shree Swaminarayan Gadi Sansthan to receive the subsequent clue. This clue instructed teams to either go to the temple and attempt a religious exam or to find “Sambal Oelek.” The first team to complete the religious exam was exempt from the rest of that leg of the race and automatically advanced to the third and final leg. The rest of the teams had to figure out what “Sambal Oelek” was (if they did not previously know) and then find a store that sold it and buy it. Some teams went home to ask their parents or grandparents, others asked employees at a Dunkin Donuts, and some even went back to the temple to find out. Regardless of how they found out, they were not allowed to use their cell phones or any wireless devices. Once figuring out that it was a very specific chili sauce, teams went to the Farmer’s Market, Wal-Mart, or even all the way to Jersey City to buy it! They then had to drive back to the temple with their Sambal Oelek, park in the far parking lot, run into the temple and eat either three very spicy chilis or three giant ladvas. They were then instructed to run to the site of the 5th Patotsav celebration’s Rangotsav to finish the second leg of the race. Two teams were eliminated in the morning’s segment. The rest advanced to the final leg.

Shortly after noon, the second day of shibir games commenced. Teams competed against each other in over twenty-five individual “Minute To Win It” games, such as “Separation Anxiety,” “Lollipop,” “Don’t Blow the Joker,” and “Hangnails.” They also competed in “Find It” and a tap mundra competition and Teams also competed against each other in a religious trivia game, antakshari, and mantra-writing contests. Throughout the duration of the shibir, the temple members wrote over 25,000 mantras! The winning mantra-writing team, Team Ishwarbapa, wrote over 6,000 mantras by itself!

In addition to these games, participating teams completed the Amazing Race. Teams were required to locate the IT room on the second floor, peer down through the window into Swamibapa Community Hall, and count all the Amazing Race envelopes posted all around the hall. Once they obtained a count, they had to find the temple poojari and tell him the number. After getting the correct count, they had to find a hidden bag, which contained a jigsaw puzzle, in the temple. Teams had to take this puzzle back to their overall teams and complete the puzzle all together. Once their puzzles were completed, they had to eat a tray of unsalted, steamed vegetables. After all of that problem-solving and running around, teams finally completed the 2012 Amazing Race. Winning teams included Team Gopalbapa, Team Nirgunbapa, and Team Swamishree.

Having accumulated the most total points, the overall winning team of the 2012 New Year’s Shibir was Team Swamishree. However, having truly pleased the Lord with their eagerness to learn about His glory, to perform devotion to Him, and to make Him happy in addition to the unity they exhibited amongst each other, the shibir’s true winners were every single one of the temple’s disciples! The 2012 Shibir was a fantastic success enjoyed by all who attended and participated. 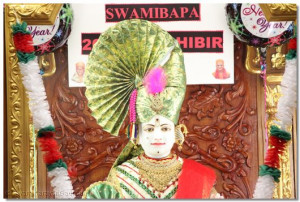 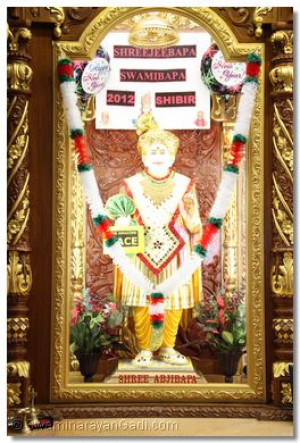 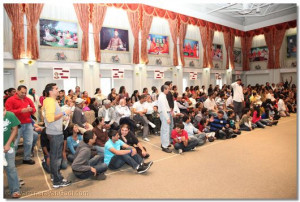 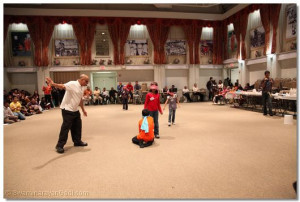 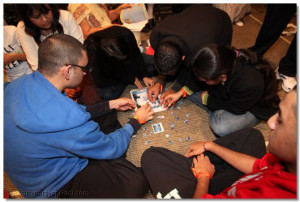 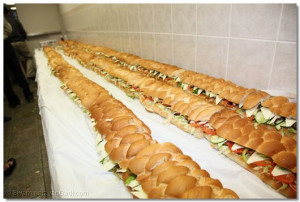