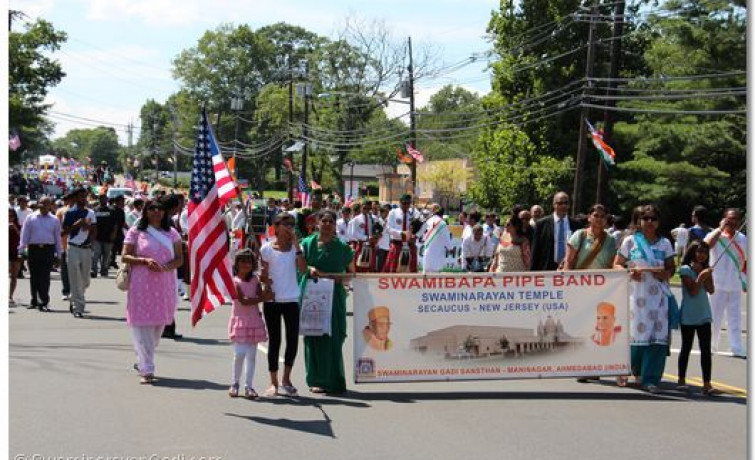 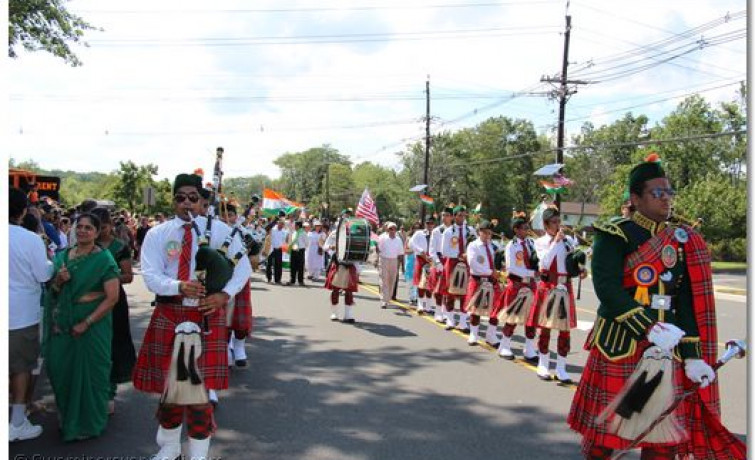 Since 2006, Swamibapa Pipe Band has been invited to play in one of the main India Day Parades that take place each year in the United States to celebrate India’s independence. This year, the band had the honor of leading two of the India Day Parades. The first was in Edison, New Jersey – one of America’s largest Indian-populated cities – on Sunday, August 12th, 2012, and the second parade, the largest of them all, was in New York City on Sunday, August 19th, 2012. Swamibapa Pipe Band had the privilege of leading the entire parades, including the parade committees and guests of honor through the streets of Edison and New York City. In addition to leading the parades, Swamibapa Pipe Band had the honor of playing the Indian national anthem in front of the parade grandstands.  These performances were broadcasted live on many Indian television channels and also covered by both Indian and American national news channels.

Over 10,000 people from all over the country had gathered to march in and watch the Edison parade, which featured many unique floats and hundreds of marchers proudly displaying the tricolor and Indian pride. This year’s Grand Marshall was Bollywood actress Suhasi Goradia. The parade, organized by the Oak Tree Indian Business Association, took place on the well-known Oak Tree Road, one of the main streets in Edison that is lined with dozens of Indian shops, grocery stores, and restaurants.

The New York City parade, organized by the Federation of Indian Associations, is the largest celebration of Indian independence outside of India. Hundreds of thousands of people filled up the sidewalks of the parade route along Madison Avenue from 39th Street to 17th Street in the heart of Manhattan. Organizations from all over America represented themselves in the parade, ranging from private businesses to spiritual organizations such as our own. The parade featured a record 70 fantastic floats. Guests of honor included Bollywood actor Saif Ali Khan as well as cricketer Anil Kumble. New York City was an ocean of the tricolor and the Indian culture. Thousands and thousands of patriotic Indians happily waved the Indian national flag and were dressed in traditional Indian attire. 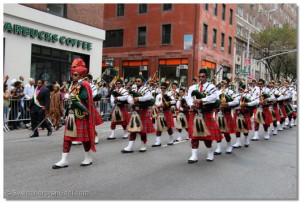 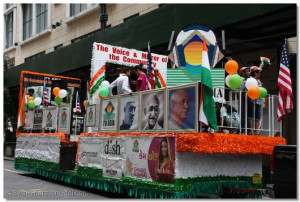 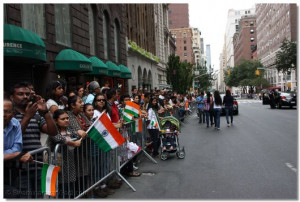 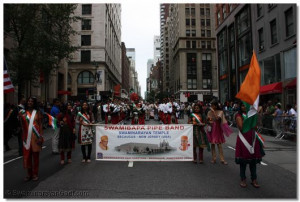 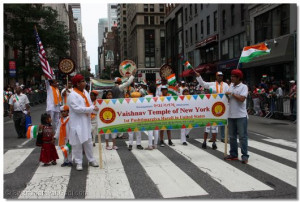 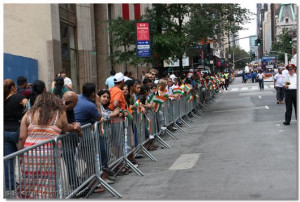