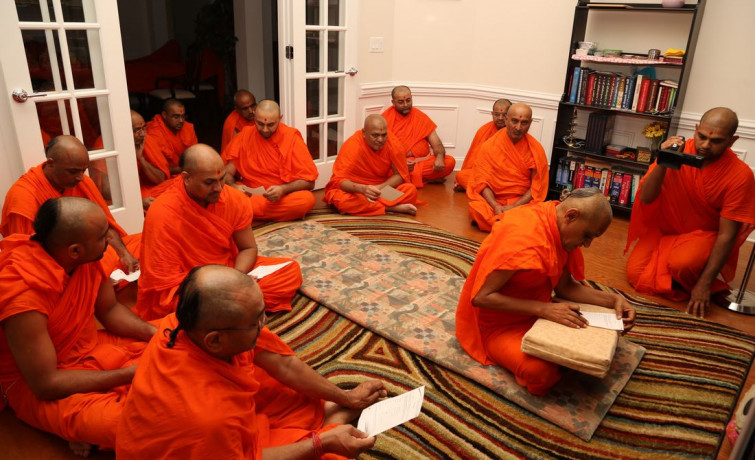 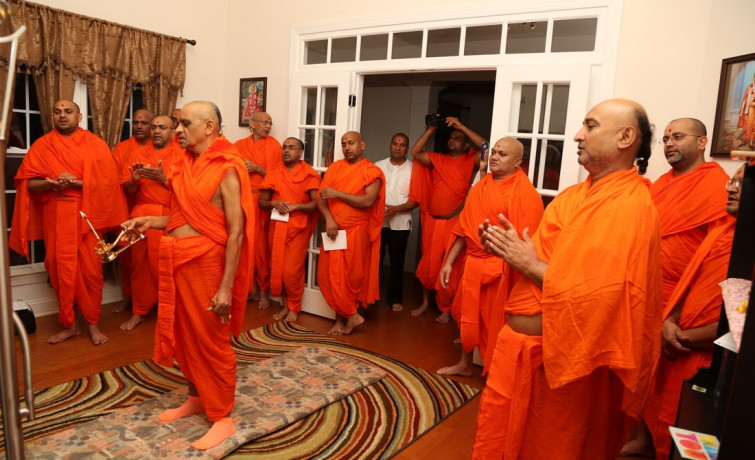 The auspicious four-month period, between Devshay Ekadashi and Prabhodini Ekadashi, called Chaturmaas commenced on Wednesday, July 9th, 2014. During this time, all disciples take extra vows, such as fasting, meditation, scripture recitals, extra mala, extra pradakshina, and other religious observances, in accordance with the Lord’s commandments in sloks 76 through 78 of the Shikshapatri. In addition, Gurudev Jeevanpran Shree Muktajeevan Swamibapa has insisted that Chaturmaas vows include one observance of fasting, scripture recital, and meditation each.

As such, His Divine Holiness Acharya Swamishree and seventeen sants, while touring the Carolinas of the United States, took their Chaturmaas vows early in the morning after Mangala aarti on July 9th, 2014. Sants and disciples all throughout North America and the world also took their vows on this day.

At the beginning of Chaturmaas, disciples make a promise to Lord Swaminarayanbapa Swamibapa to perform their selected observances daily throughout the entire period. The Lord is extremely pleased with those disciples who keep this promise through the very last day of Chaturmaas. It is the Lord’s hope that we become so accustomed to performing these religious observances throughout Chaturmaas that we continue to perform them and please the Lord with them even after the period ends. 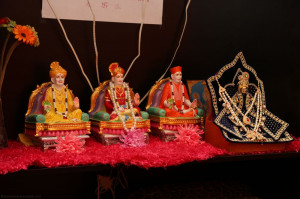 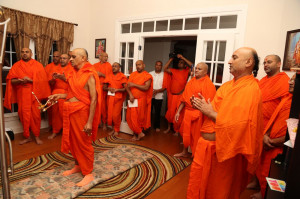 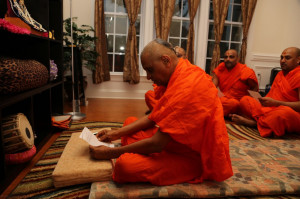 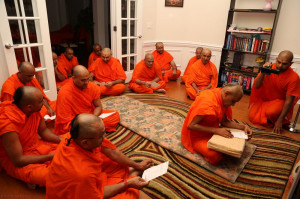 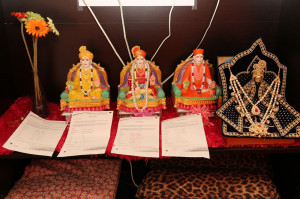