Acharya Swamishree Departs from US 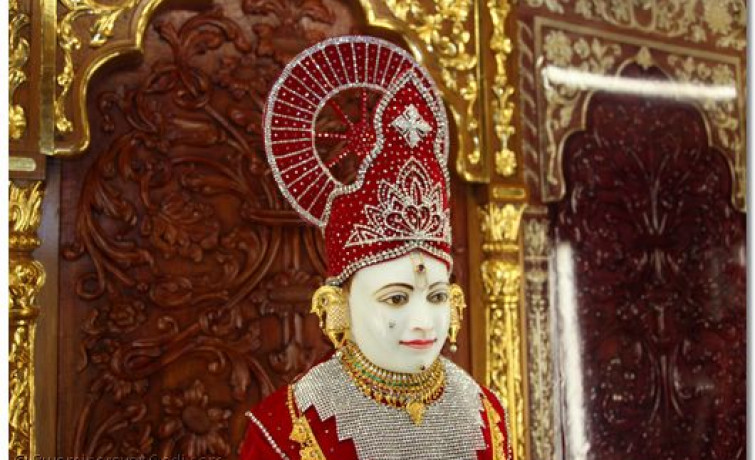 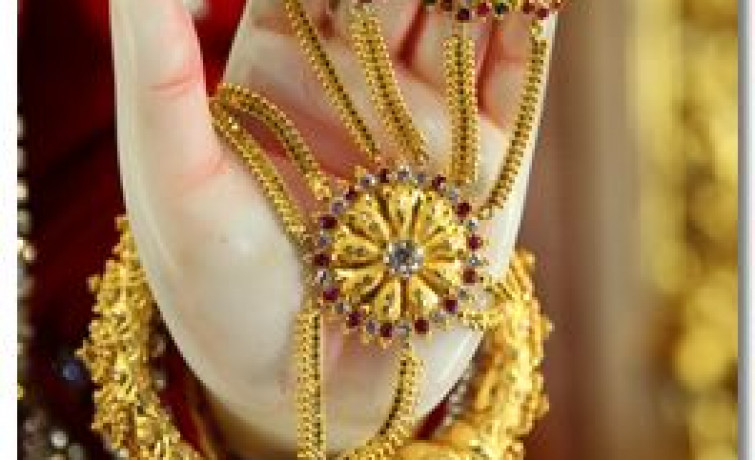 The next day, the mandal of sants that had come directly from India to help with the Mahotsavs departed in the afternoon. Acharya Swamishree did Sandhya aarti at the temple and gave His darshan to disciples one last time before departing for London from Newark Liberty International Airport with another mandal of sants in the evening. The mandal of sants that has been touring the United States all summer will remain in the country until September. They resumed their vicharan of the vast nation the following morning.

The disciples of the United States are extremely thankful for everything Acharya Swamishree and sants did for them during the vicharan, and they are also thankful that a mandal of sants will continue to spread the divine teachings of Lord Shree Swaminarayan around the country until September. By the divine mercy of the Lord and due to Jeevanpran Shree Muktajeevan Swamibapa and Acharya Swamishree's hard work and infinite devotion, two sikhar-bandh temples have been erected in the United States, eight mandals have been established in North America, and the Swaminarayan religion is spreading rapidly through the nation. 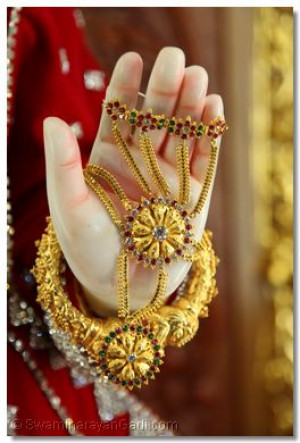 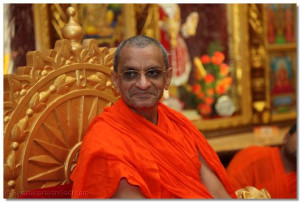 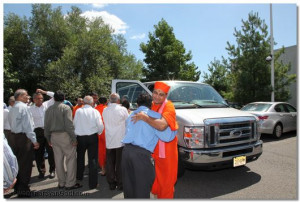 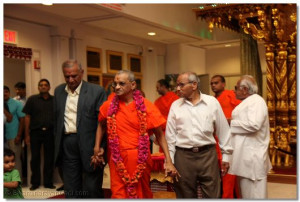 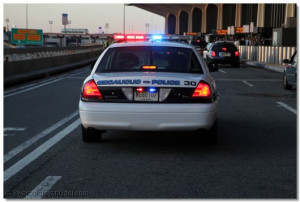 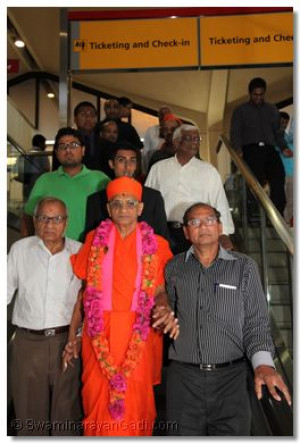