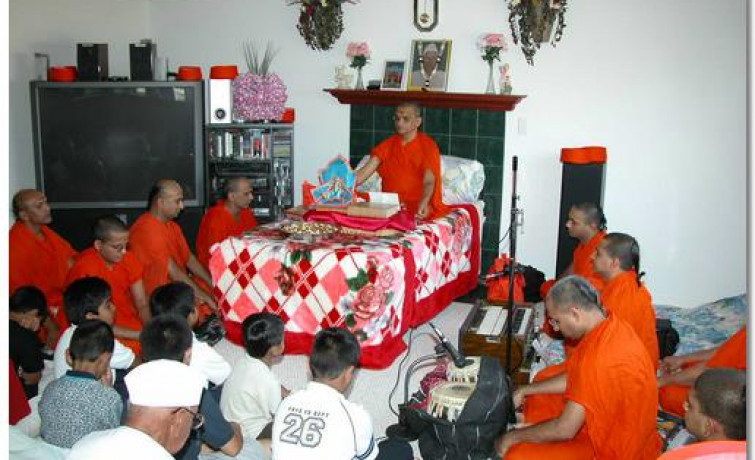 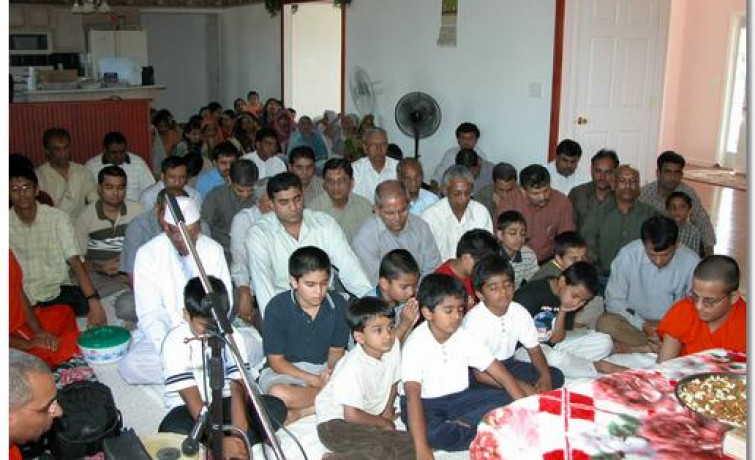 The ceremony commenced immediately after mangla aarti. Acharya Swamishree performed shodshopchaar poojan to the Lord whilst the scholar sants recited ancient Sanskrit verses. After the patotsav ceremony, the disciples of Chicago took the opportunity to please the supreme Lord and offered aartis. A magnificent array of lavish food was then offered to the Lord in the form of an ankut.

The patotsav day assembly was held in the Mandir hall. Scripture recitals of Bapashree ni Vato were performed. The highly talented sants sang devotional bhajans and some of the young Chicago disciples performed devotional dances to please the Lord. Representatives of the Mandal gave speeches in which they thanked Acharya Swamishree for blessing them all and for being present on this special occasion. They prayed to Acharya Swamishree that they be given the strength, courage and wisdom to further the aims of the Mandal, so that they are able to please the Lord more and more. After speeches from several of the sants, Acharya Swamishree blessed everyone with His divine ashirwad.

During His ashirwad, Acharya Swamishree talked about what we should ask from the Lord and how to become the Lord's nishkam devotees. "We must never ask the Lord for anything. In the Shreemadbhagwat Puran scripture, it is stated that devotees must not even wish for salvation. Four types of salvation have been stated in the scriptures, but disciples of God must never have wishes to attain any of these. The first type of salvation is to reside in the abode of God. The second is to remain in the vicinity of God. The third is to acquire a similarity with God, in terms of appearance and authority. The fourth is to become merged with the murti of God. Devotees of God must never aspire for any of these. In that case, what should a devotee of God wish for?

A devotee of God, who has aspirations to attain any of these 4 types of salvation, is called a sakam devotee, someone who has personal desires. A devotee who does not have desires for any of these 4 types of salvation, but instead, they only long for the service of God, is called a nishkam devotee, meaning they are free from all desires. A nishkam devotee will never aspire for any of the 4 types of salvation, if it means that by attaining salvation, they became unable to offer their personal services to God. A nishkam devotee will only aspire for the service of God, but they will have no other desires. God will keep such nishkam devotees in His personal service and although they have no wish for it, God will insist on granting them His bliss and divinity and automatically, they will attain salvation. However, devotees must not harbour wishes to attain salvation. Nishkam devotees have been described as being gnani (knowledgeable), whereas sakam devotees are described as artharthe e (materialistic). Therefore, devotees of God should have no desires, except for being granted the opportunity to remain the service of God. If they possess any other desires, then this constitutes a flaw within them. We must become nishkam disciples of Lord SwaminarayanBapa Swamibapa. Our only wish should be to please Him more and more and remain in His service."

After the ashirwad, the concluding aarti of the day was performed and then mahaprasad was distributed to all present.

On June 29th, Acharya Swamishree travelled 300 miles from Chicago to Cincinnati. That very same evening, He held a satsang sabha at the home of one of the disciples.

On July 1st, He traveled 260 miles by road and reached Cleveland. During the morning of July 2nd, Acharya Swamishree traveled to Toledo, which is 80 miles from Cleveland and in the afternoon, He traveled a further 120 miles to reach Detroit.

Acharya Swamishree has disregarded His own physical suffering and fulfilled the wishes of the disciples of Shree Swaminarayan Gadi. 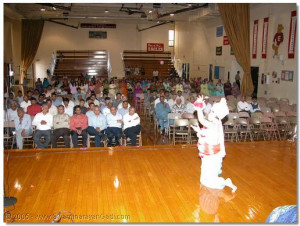 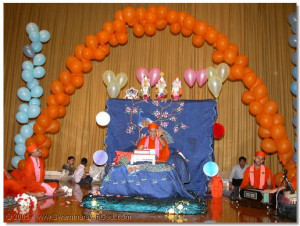 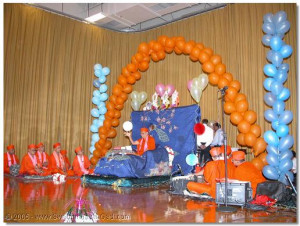 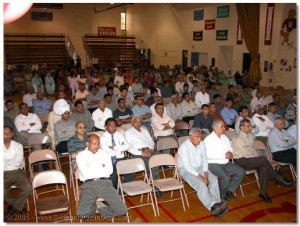 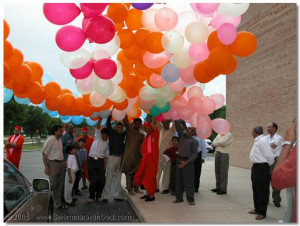 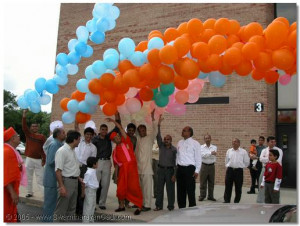