The greatness of the Vachanamrut scripture is such that whoever consumes (recites with affection/performs darshan/understands their Glory) this nectar (Amrut) in the form of the Lord’s Divine words (Vachan) gets their all their divine wishes fulfilled and attains great bliss. One who understands the greatness of this scripture gets their divine wishes fulfilled.

All things that one has to attain/achieve in life fall under the Four Purusharths (Achievements of life): Dharma (religion) to purify ones soul; Arth (wealth) to run worldly interactions and dealings, Kaam (desires) for creation and Moksh (Salvation). The first three Purusharths are for living a successful and prosperous life. The Lord has given us this human form in order to attain the 4th Purusharth - Moksha (eternal salvation) from the unending cycle of birth and death. The Vachanamrut scripture enlightens the way to eternal salvation attain.

He mentions that this scripture is a jewel mine that consist of profoundly complex theology, elucidation about Dharma (religion), Gnan (spiritual knowledge), Vairagya (asceticism/detachment) and Bhakti (devotion) and also understanding of the Lord’s Greatness:

Vachanamrut scripture contains the precise words of the Lord as He spoke them; unlike the previous scriptures, in which the particular incarnation’s teachings have been retold and interpreted by the sages. The previous scriptures based their narratives about the nature of the supreme God on inference; the authors themselves had not actually encountered the almighty Lord Shree Swaminarayan. In contrast, this scripture contains the words of the Lord Himself. Only the Lord Himself can truly appreciate the magnitude of His greatness; and only He can narrate His unsurpassed grandeur. These are the great narratives written in the Vachanamrut scripture.

To clarify the context of the Lord’s words and remove any ambiguity, Jeevanpran Shree Abji Bapashree created the Rahasyarth Pradeepika Tika (commentary) to the Vachanamrut scripture. Jeevanpran Bapashree bestowed His divine blessings to those who read this Scripture at least 5 times and understands the glory, reminisces the teachings gets their persistent thoughts and volitions that leave an impression on the mind permanently eliminated/destroyed. 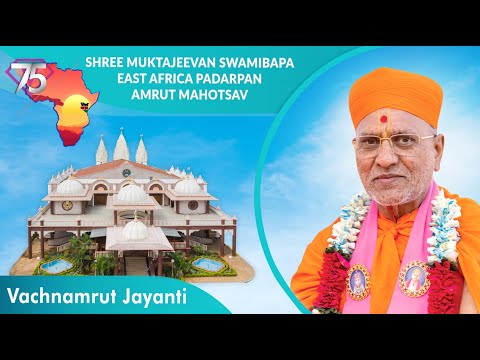