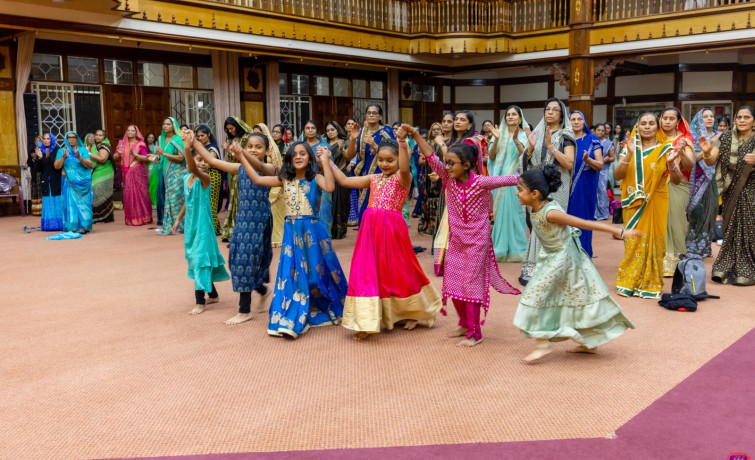 In order to fulfil His promise to remain on this earth for 125 years and to explain further His own principles and to preach His glory to the lost souls, Lord Shree Swaminarayan re-manifested as Jeevanpran Abji Bapashree, fifteen years after He had initially withdrawn His human form, in the Kutch town of Vrushpur on Kartik Sud 11 (Ekadashi) Samvat 1901 (1844 CE). In the form of Jeevanpran Abji Bapashree, Lord Swaminarayan further communicated His principles. The main being those of the true glory and supremacy of Lord Swaminarayan and the status of Anadi Mukta.

Prabodhini Ekadashi (Kartik Sud Ekadashi) also called the Dev Oothi (wake-up) ekadashi, is the day when chaturmas comes to an end. This is the first ekadashi after the Diwali festival. The extra observances taken by all disciples conclude on this day. This auspicious day fell on Friday, 4th November 2022.

For disciples of Shree Swaminarayan Gadi, the day has an even greater significance as six great historical events occurred on this day.

Due to the significance of this day, celebrations commenced with a 2 hour long Swaminarayan Mahamantra dhoon to announce the arrival of Jeevanpran Shree Abji Bapashree. Devotees gracefully swayed along with the rhythmic chanting of the Lord’s sacred name. Devotees were thereafter blessed with divine discourses of Gurudev Shree Muktajeevan Swamibapa.

Jeevanpran Shree Abji Bapashree, was seated upon a beautiful golden cradle, blessing all the devotees present with His divine form. To hail His manifestation, disciples performed aarti followed by hailing the Glory of the Lord. Verses, chants and chhari describing the glory of the supreme Lord Swaminarayanbapa Swamibapa were also sung alongside playing instruments like tabla and cymbals, whilst Jeevanpran Shree Abji Bapashree being gently swung in His cradle. This was then followed by poojan to Lord Swaminarayanbapa Swamibapa.

Panchajiri Prasad was distributed to all who gathered to celebrate this auspicious day. 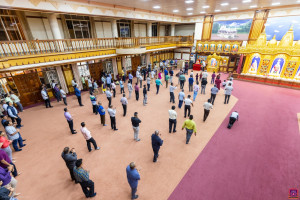 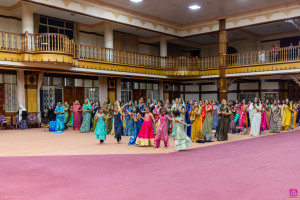 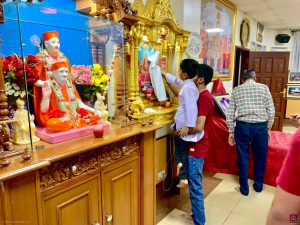