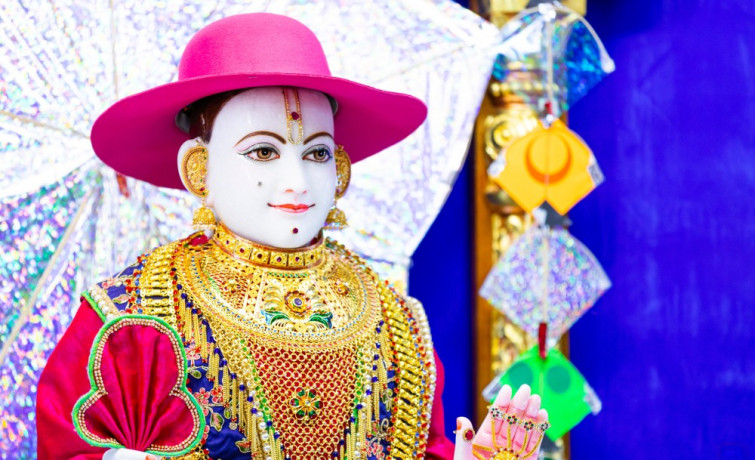 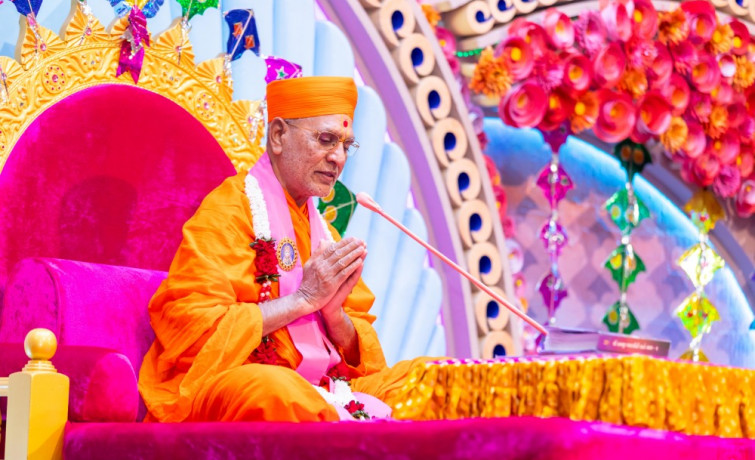 Uttarayan falls on the 14th of January every year. This day is a very sacred and auspicious day. It is when the sun shifts northwards from the south, daylight hours increase from this day. The skies are filled with colourful kites and a sweet delicacy made of sesame seeds and jaggery is consumed.

Devotees gathered on the morning of Uttarayan for Mangla Aarti to receive divine darshan of Lord Swaminarayanbapa Swamibapa on this auspicious way. Devotees had put up a beautiful display of colourful kites and reels all around the temple hall. It is believed that you receive thousands of blessings in return of one donation. Hence people donate anonymously as they please (Gupt-Daan).

One can eliminate the sensations that have already accumulated within the antah-karans via the indriyas by considering himself to be a soul. One should have thoughts about the soul having literally no relation with the indriyas or antah-karans. Through such firm thinking; by contemplating on the Murti of Lord Shree Swaminarayan within the soul (chaitanya); and by the bliss of one’s own soul, one should remain internally fulfilled and keep the path of sensations through the five external indriyas closed.

Thereafter, Prashad was served to all devotees. 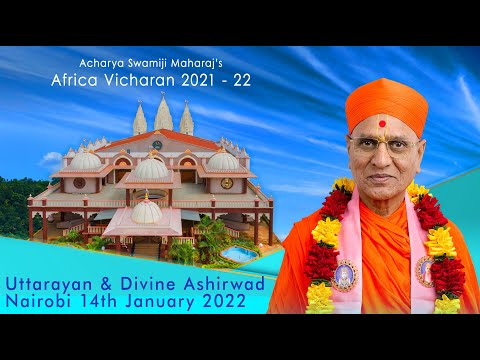 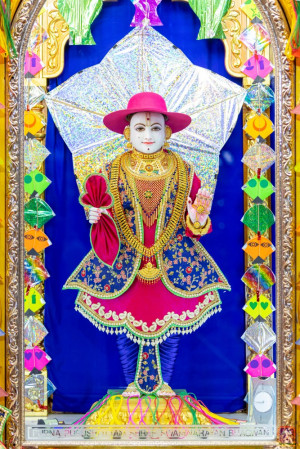 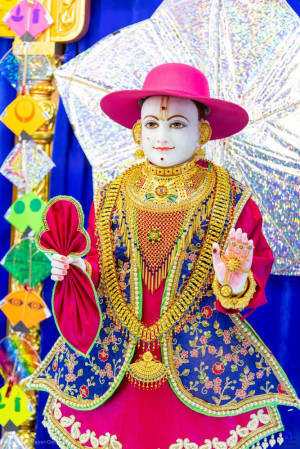 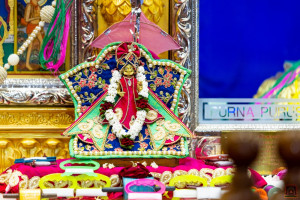 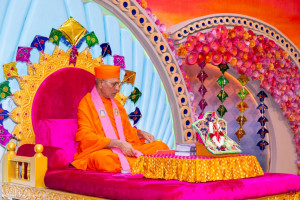 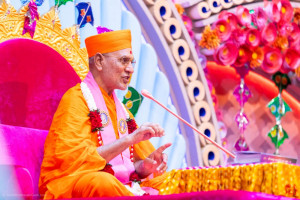 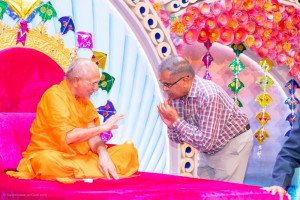