On this auspicious day of Bicentenary celebrations of Shree Vachanamrut Scripture, H.D.H Acharya Swamishree Maharaj says that Shree Muktajeevan Swamibapa explains the greatness of this scripture saying it is the Words of Lord Shree Swaminarayan Himself, and It is our Vedas. Vachanamrut is written in straightforward and simple language. One has truly celebrated this day if he has the same Joy when acquiring, understanding the true words of wisdom from Vachanamrut as he has while carrying this book.

The Lord is preternatural and His words are preternatural too. To understand His divine words one has to be competent enough; and to become competent he has to affiliate with such preternatural Satpurush and has to take every word in with a chaste mind, soul and body. One has to have a divine intellect and mentality to be able to understand the Lord’s Words/teachings and such a disciple is able to attain pure bliss. One with mundane mentality/intellect cannot understand these words of Wisdom.

For these divine words of wisdom to have an effect, one has to maintain a firm divineness. Lord Shree Swaminarayan says that auspicious and inauspicious places, times and deeds, are caused by two types of people; those who are auspicious and those who are inauspicious. He explains further saying; the place refers to the earth, which remains the same everywhere. Time is also the same everywhere. However, no matter how bad the place, time or deeds may be, they all become good due to the power of an extremely great and capable person who resides there. Conversely, at a place where an extremely evil and sinful person resides, through his contact there, even a good place,
deeds or time become evil. Therefore, whether a place, time or deeds become auspicious or inauspicious is dependent on people.

Lord Shree Swaminarayan on explaining about Sagun and Nirgun in the Vachanamrut says that the Shreemad-Bhagwat scripture describes the four forms of Vishnu (Chatur-vyuh): Vasudev, Sankarshan, Pradyumna and Aniruddh. In some places, they are said to be sagun, and in other places they are said to be nirgun. Where they are described as nirgun, it refers to Lord Vasudev. Where they are described as sagun, it refers to Sankarshan, Pradyumna and Aniruddh. Therefore, when they are described as being nirgun, the listener and reader both become confused and believe that God exists
without a form; this is the misunderstanding that exists within them. Such equivocal words in the scriptures cannot be comprehended by anyone apart from Ekantik disciples. These equivocal words are, ‘God has no form’, ‘He has the form of lustre (jyoti)’, ‘God is nirgun’, and ‘God is all- pervasive’. When a fool hears these words, he believes that the scriptures have described God as existing without a form. However, an Ekantik disciple understands that wherever the scriptures have described God as existing without a form and is nirgun, it is to dismiss the idea that God has a material (mayik) form and attributes (gun). However, God is an eternally divine Murti and possesses innumerable qualities to bestow salvation. God has been described as a mass of lustre, but lustre cannot exist without a Murti. Therefore, this lustre is that of the Murti.

The Lord gives darshan to those who maintain a pure Antah-karan. Shree Muktajeevan Swamibapa says that in order to benefit and sustain the knowledge and teachings from the Vachanamrut, one has to have a divine view towards it. If they do not, then their misunderstandings will never end. One who maintains a strong and true determination, and had an understanding of the Lord’s greatness, is said to have true love and devotion towards the Him. 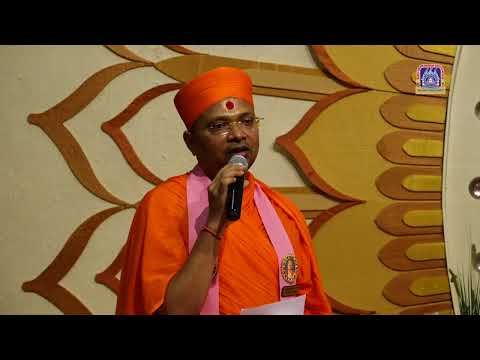