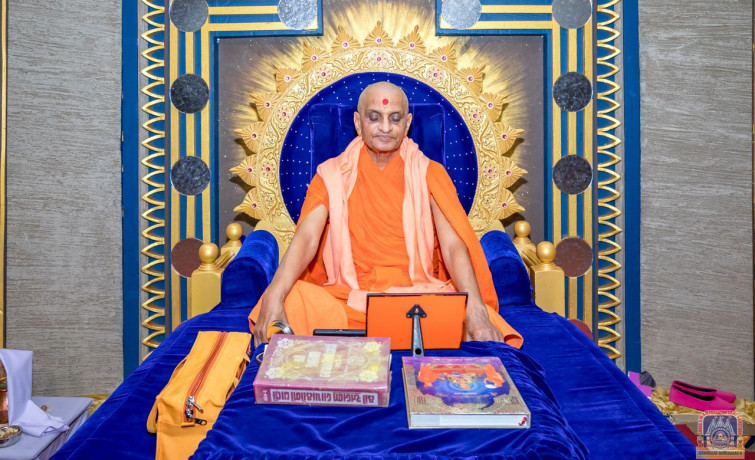 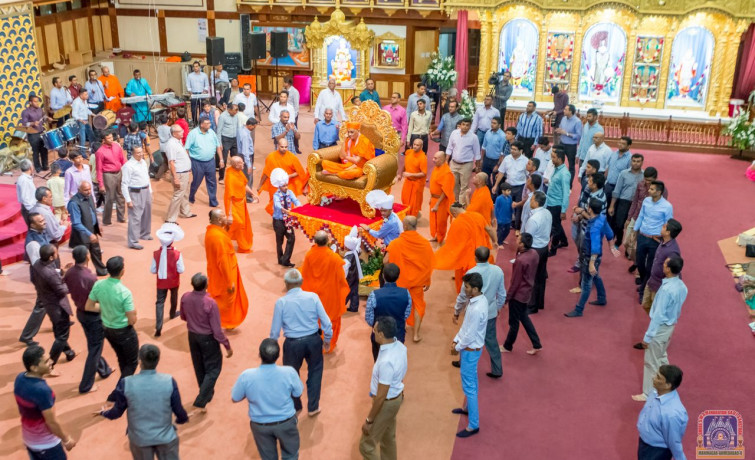 Each Sadguru Din comprises of multiple dhyaan (meditation), dhoon (chanting), kathaa vaartaa (religious discourses and discussions) and kirtan bhakti (devotional singing) sessions. Sadguru Bapa and Jeevanpran Shree Abji Bapashree were particularly fond of these modes of worship and so it is these that are given a prominence on Sadguru Din.

Acharya Swamishree Maharaj blessed the congregation by explaining, “Lord Shree Swaminarayan manifested upon this earth to give the contentment of His Murti to His disciples. We have to contemplate the Lord's Murti so as to attain a complete knowledge. For one to succeed in contemplating the Lord’s Murti during dhyaan, they have to abandon their bad habits as this can derail one from the road of attaining the Lord’s Murti. Therefore, one has to understand the greatness of the Lord and His Satpurush, and merge in the Lord’s Murti. Whoever misstates the Lord’s teachings, will never succeed in contemplating the Murti.” 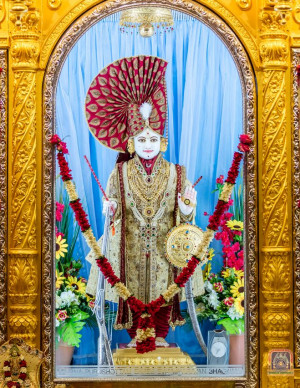 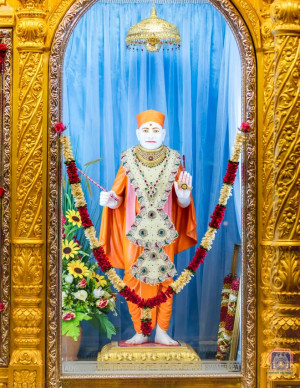 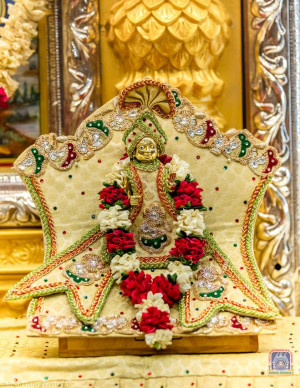 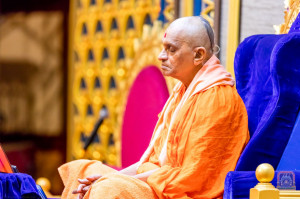 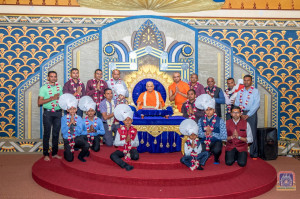 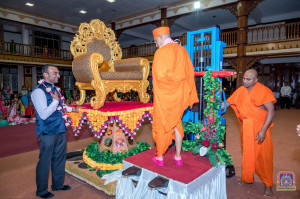