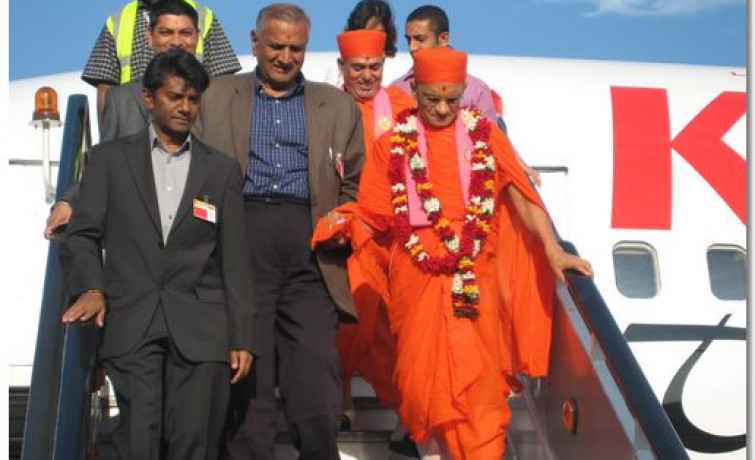 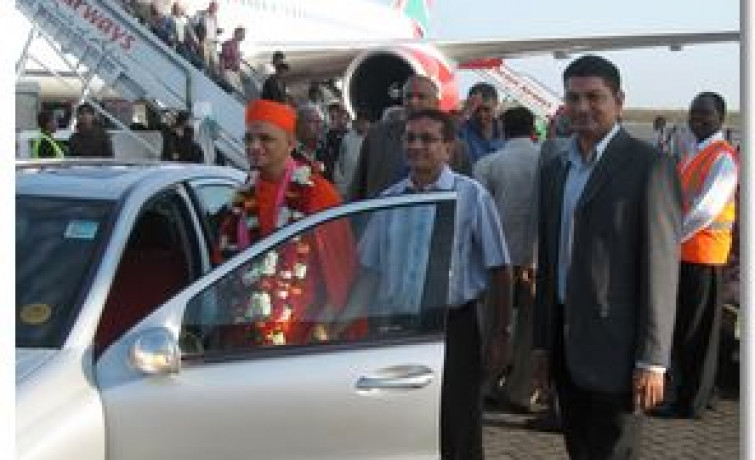 HDH Acharya Swamishree once again listened to the humble prayers of devotees residing in East Africa and arrived in Nairobi, Kenya on 13th November 2009 accompanied by an eminent sant mandal.

Prominent dignitaries of the Airport Authority welcomed Him on His arrival at the VIP lounge at Jomo Kenyatta International Airport. HDH Acharya Swamishree and His entourage were led by police escort from the airport to the temple on Swamibapa Road.

On Swamibapa Road, He was warmly welcomed by hundreds of devotees as He took His seat on a chariot drawn by young devotees. H H Swamibapa Pipe Band gave guard of honour and led the welcoming procession to the temple hall. HDH Acharya Swamishree offered a welcome cake to Lord Shree Swaminarayan and performed aarti.

During His tour of East Africa, HDH Acharya Swamishree will bless devotees residing in Nairobi, Mombasa, Nakuru, Kampala, Jinja, Arusha, and other towns in East Africa. 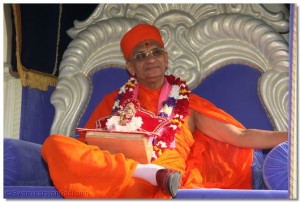 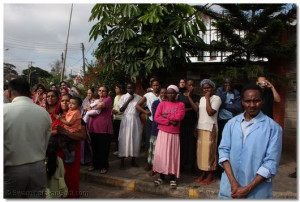 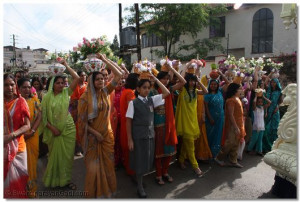 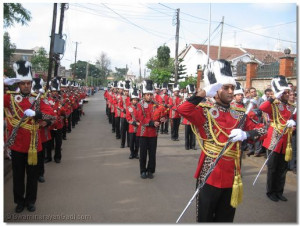 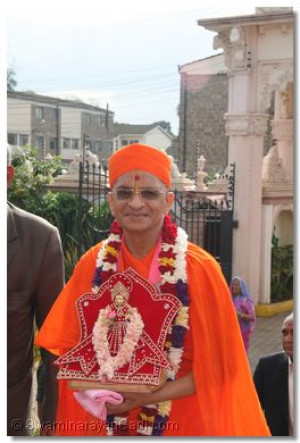 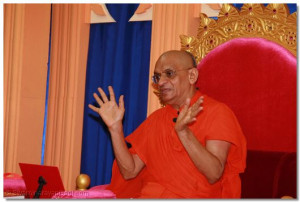