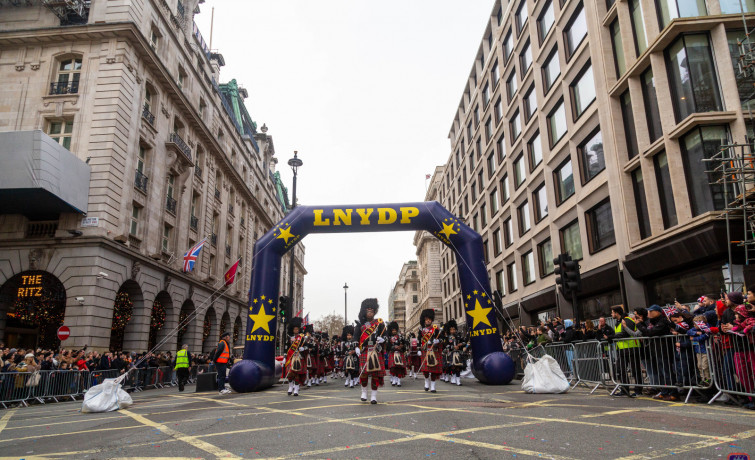 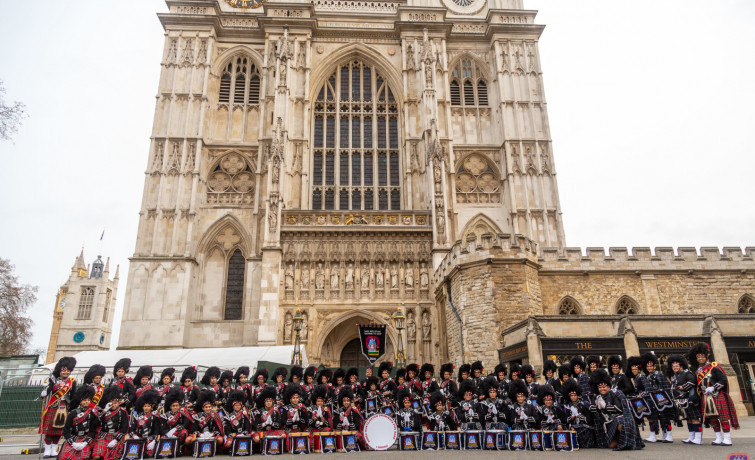 Shree Muktajeevan Swamibapa Pipe Band (London and Bolton) were amongst the leading performers during the 2023 London New Year’s Day Parade, which was back with a bang for the first time since 2020. The Band led Lord Shree Swaminarayanbapa Swamibapa, presided on a golden chariot, through the streets of the West End, past iconic landmarks such as Piccadilly Circus, Trafalgar Square, Whitehall and the Houses of Parliament.

Some 500,000 spectators lined the Parade route from Piccadilly to Parliament Square to see entertainers from around the world bringing a colourful carnival of culture to London. According to the event organisers, the parade was also watched on TV by more than 500,000,000.

After a two-year hiatus due to Covid, this year’s parade was one of the biggest since its inception in 1987 – the three-and-a-half-hour parade featured more than 8,000 performers in 70 performance groups; Shree Muktajeevan Swamibapa Pipe Band was right at the front of the Parade, demonstrating its international prestige at this truly global event that attracted some 20 nations among the acts. Shree Muktajeevan Swamibapa Pipe Band are proud not only to have enabled so many to have the darshan of the Lord, but to have contributed to the raising of over £2 million for local charities that the Parade has raised throughout the years. 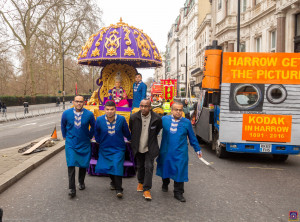 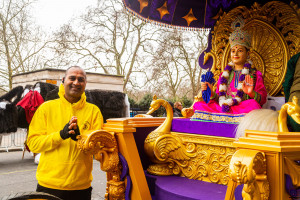 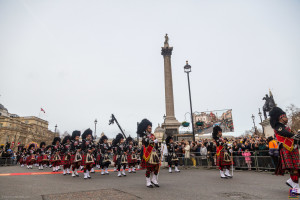 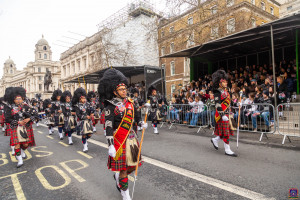 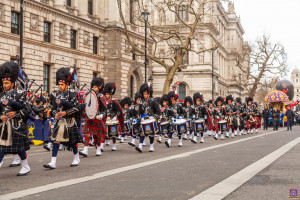 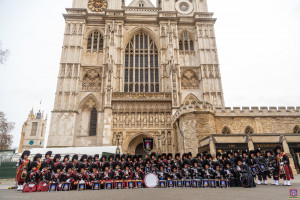