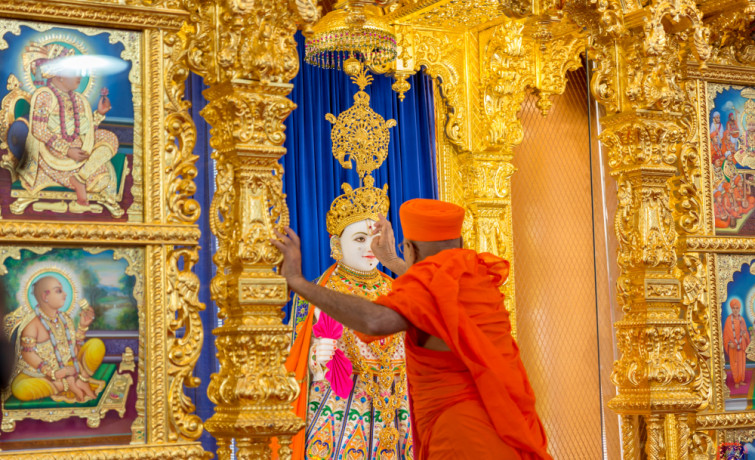 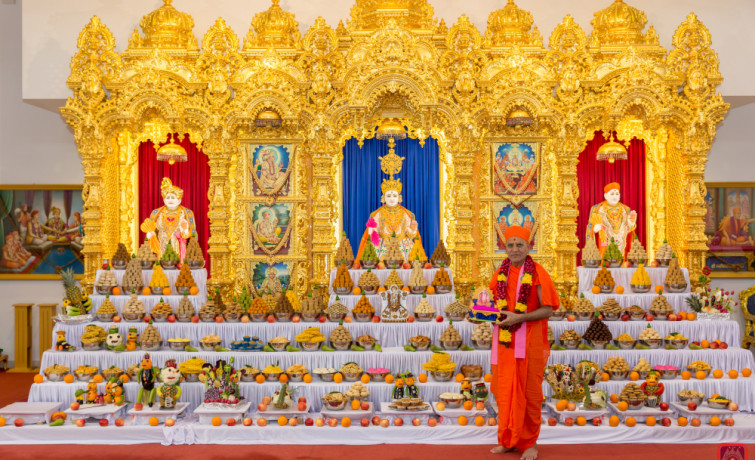 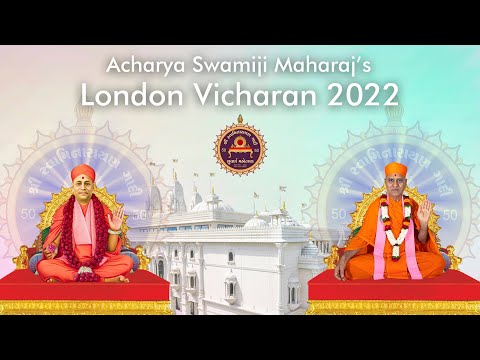 Celebrations marking the eighth anniversary of the Mandir commenced at 830am on Sunday 28th August. in the divine presence of Acharya Swamiji Maharaj. This was the first time in three years that the Acharya of Shree Swaminarayan Gadi had performed the Patotsav ceremony in person, so the Mandir was full to the brim by the time the event started, with disciples thirsty for this divine darshan.

The ceremony began with Acharya Swamiji Maharaj leading the shodsopachaar poojan and Samarpan Vidhi. A grand Annakut was then placed before Lord, full of sweets and savouries that had been tireless and lovingly prepared by Sants and disciples.

Before lunch, disciple who had repeatedly recited the Shree Swaminarayan Gadi scripture in the lead up to the Suvarna Mahotsav received prasad from Acharya Swamiji Maharaj; those who had performed over fifty recitals were gifted by Bapa with a miniature replica Gadi. In total, over 40,000 recitals had been performed collectively by the Kingsbury Mandir Community.

On this auspicious occasion, several dignitaries attended the celebrations, including Barry Gardner MP. The event concluded with every taking prasad lunch outside in the Complex’s courtyard, with the Mandir remaining open for everyone to come for darshan throughout the day. 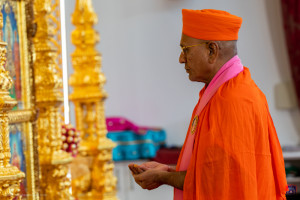 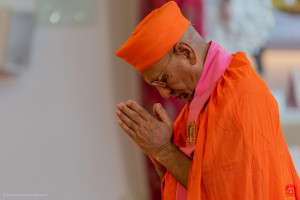 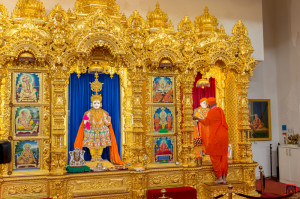 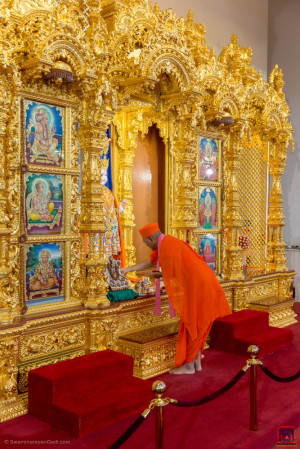 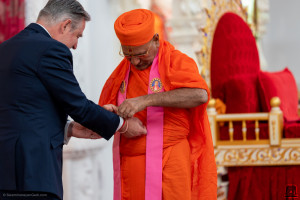 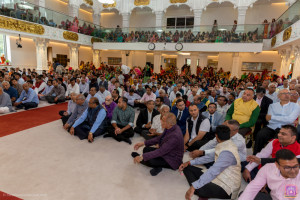