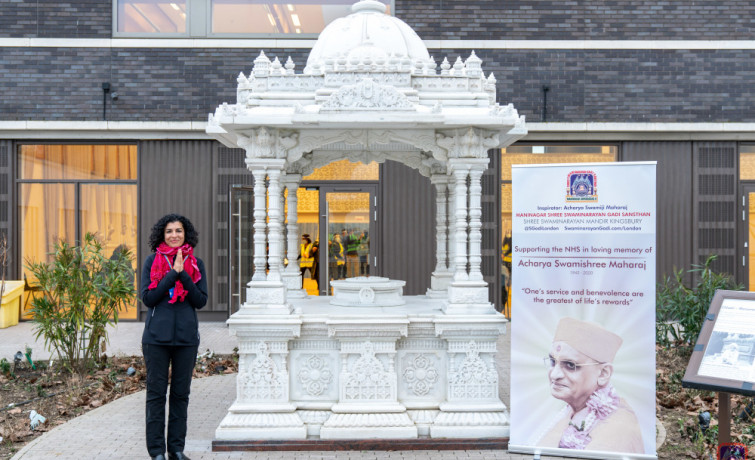 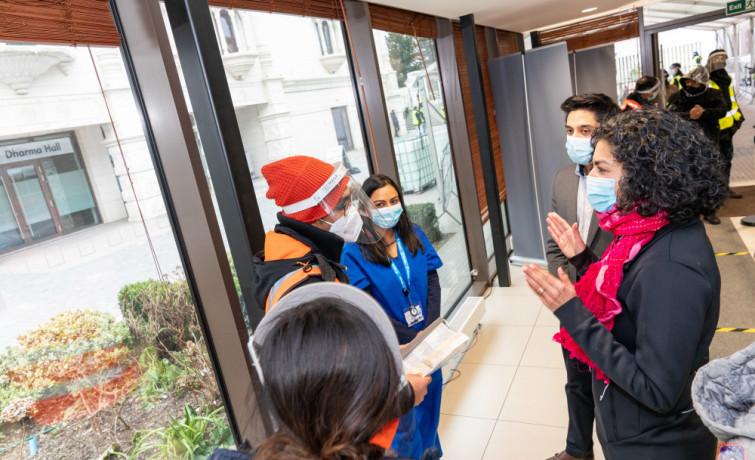 “Thank you to everyone at the Shree Swaminarayan Temple in Kingsbury”.

Those were the heartfelt words of Prerana Issar, the NHS’s first Chief People Office, when she visited the COVID vaccination centre at Mandir, having heard about us recently becoming the first Hindu temple in the UK to open such a centre.

Since the start of the COVID-19 pandemic, she has been involved with the design and delivery of the National Health Service’s response. Ms Issar met several of the Mandir’s own community members that work for the NHS, who have all been working on the front line in the fight against COVID19. She took time to speak to doctors, pharmacists, nurses and other NHS staff from the Mandir, and heard first-hand what opening the centre here meant to them.

The vaccination centre at the Mandir has contributed strongly to the UK meeting its target of administering 15 million vaccines to this point, as well as played a key role in boosting uptake of the vaccine in South Asian and wider BAME communities. Ms Issar, herself of Indian heritage, commended the positive impact the Mandir was having in boosting uptake of vaccines, and tackling misinformation about them - NHS England said it fears disinformation could be causing some in the UK's South Asian communities to reject the vaccines.

Seeing the vaccination centre in action, which is strongly supported by volunteers from the Mandir, Ms Issar enthused,

“The spirit of the community is incredible. The kind of logistics that have been organised here are truly impressive and inspiring.”

Ms Issar was humbled and enamoured to learn that the vaccination centre had been inspired in loving memory of Acharya Swamishree Maharaj, and that Acharya Shree Jitendriyapriyadasji Swamiji Maharaj, who himself has registered to receive the vaccine in India, was also campaigning to encourage uptake. He recently posted a video to the worldwide Hindu community in which he said,

“To prevent further spread of the disease and to reduce the number of deaths, it is necessary to take the vaccine. It is essential to take the COVID-19 vaccine to protect ourselves, so that the whole world can be healthy.”

Prerana Issar is the first NHS Chief People Officer, and came into the role with particular expertise in diversity and inclusion. Her previous roles have included being Director for Public-Private Partnerships at the United Nations, and Chief HR Officer for the World Food Programme. 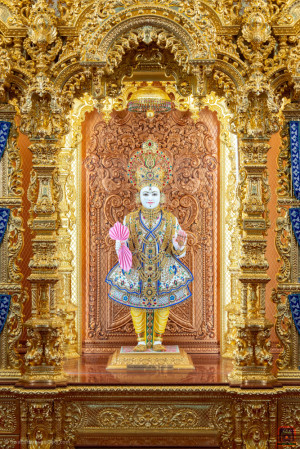 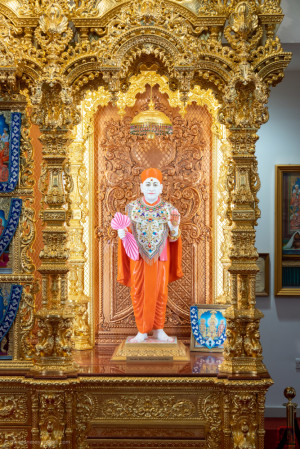 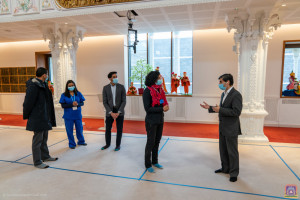 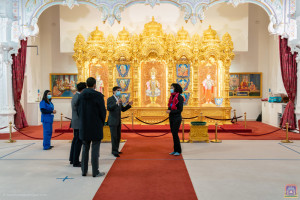 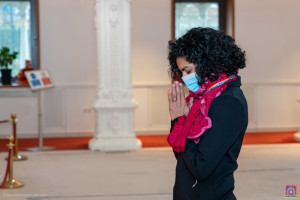 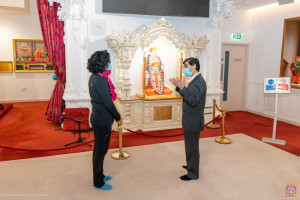