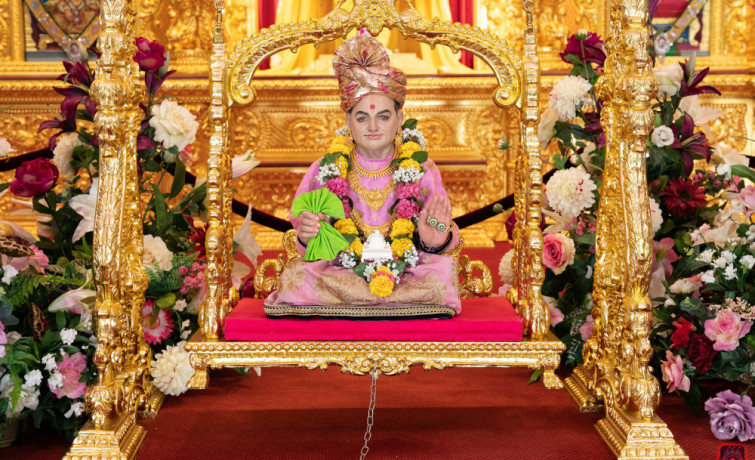 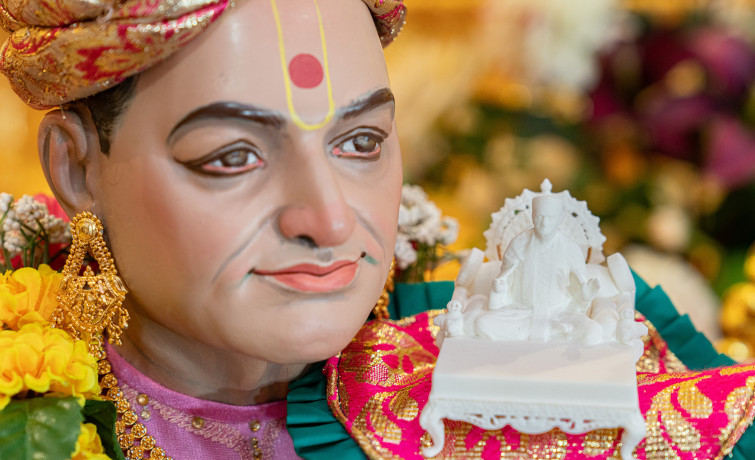 Prabhodini Ekadashi, the most significant Ekadashi of the year, fell on Thursday 26th November 2020, when Mandir’s of Maninagar Shree Swaminarayan Gadi Sansthan around world celebrate this incredibly important and auspicious occasion.

The community at Shree Swaminarayan Mandir celebrated this event, the 176th anniversary since the manifestation of Jeevanpran Shree Abji Bapshree, through a special online sabha, given the current circumstances.

Prabodhini Ekadashi (Kartik sud ekadashi) is when the auspicious Chaturmas period comes to an end, and sees the convergence of six anniversaries that are all of great significance in the Karan Satsang:

The event at Kingsbury Mandir commenced with Sandhya Aarti and evening niyams before a one-hour dhoon (continuous chanting of the Lord’s name) was held. Disciples for the community performed dhoon at their homes, all the while having the darshan of Bapashree Jayantis from previous years. Wonderful memories were evoked, particularly from the Jeevanpran Shree Abji Bapashree Sat Suvarna Mahotsav (150th Bapashree Jayanti) in Maninagar in 1994, the 24 hour dhoon held in 2013 during the Farewell Golders Green festival, and last year’s 12 hour dhoon at Kingsbury Mandir that took place in the divine presence of Acharya Swamishree Maharaj, during His final visit to the UK. This darshan was interspaced with live views from members of the community performing their dhoons at home.

Following dhoon, pragatya aarti was performed at Mandir, thaal offered to Jeevapran Shree Abji Bapashree, who was presided on a golden swing, and poojan offered to Gurudev Jeevanpran Swamibapa to honour His Diksha Jayanti. The online congregation then had the darshan of Acharya Swamishree Maharaji’s divine Ashirwad from this time last year during the Shree Vachanamrut Dwishatabdi Mahotsav and Shree Abji Bapashree Shatamrut Mahotsav.

Finally, the community watching the live broadcast of this event offered aartis to Lord Shree Swaminarayanbapa Swamibapa on this most auspicious of occasions. 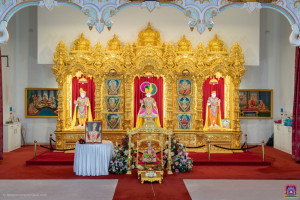 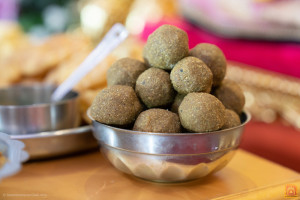 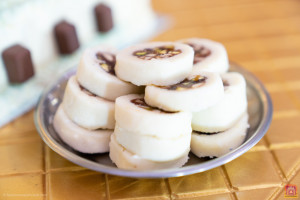 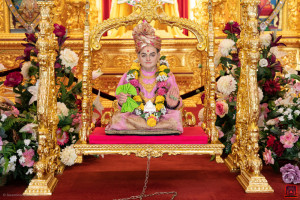 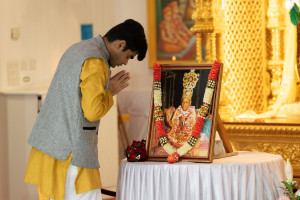 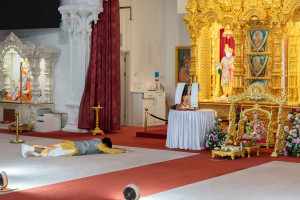