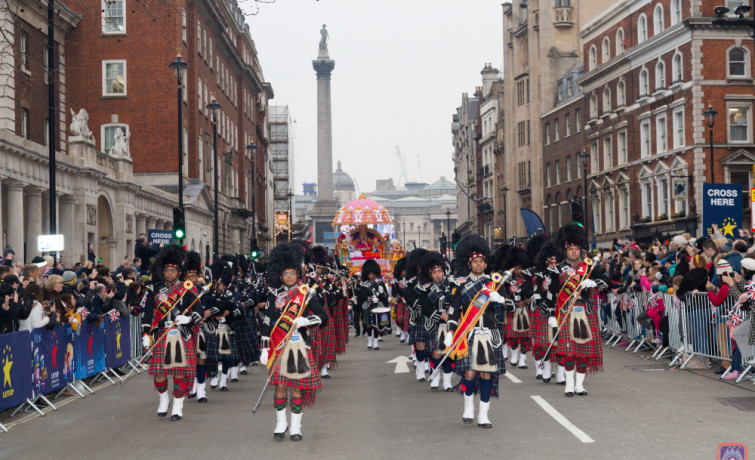 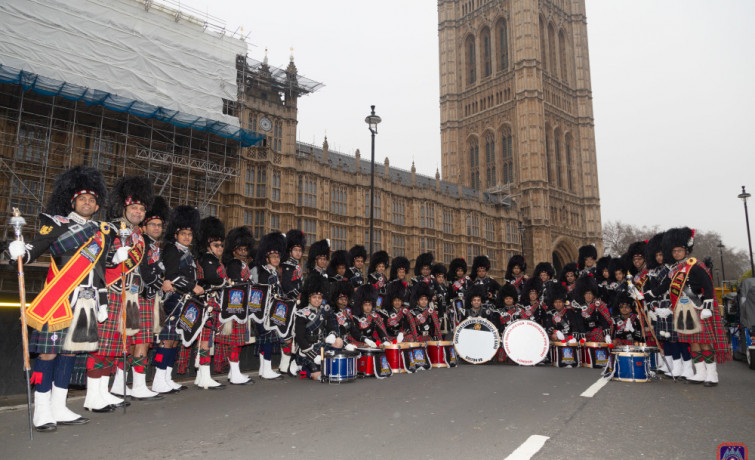 Shree Muktajeevan Swamibapa Pipe Bands from London and Bolton kicked off the New Year by once again wowing hundreds of thousands of Londoners and tourists from around the world by performing in the 2020 London New Year’s Day Parade.

Over 60 pipers and drummers led Lord Shree Swaminarayanbapa Swamibapa, presided on a spectacular golden chariot, through London’s most famous streets and passed some of its most iconic landmarks. The route began on Piccadilly, one of the capital’s most famous thoroughfares, and made its way to Piccadilly Circus, Waterloo Place, Pall Mall, Trafalgar Square and Whitehall, and concluded on Parliament Street.

Some 10,000 participants from the USA, UK, Europe and beyond took part in the event, which is now a regular date in the Pipe Band’s diary, with estimated crowds of over 500,000 lining the streets and filling the grandstands along the route; many more will have experienced the parade through global TV audiences.

The theme for the 34th LNYDP was ‘London Loves Life’ focused on the positivity, energy and diversity in London – few participants illustrated this better than our very own Shree Muktajeevan Swamibapa Pipe Bands. 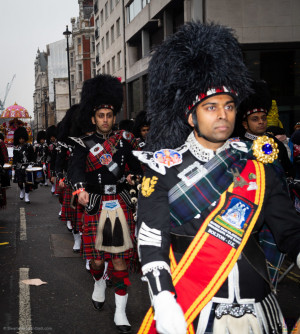 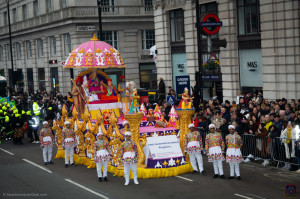 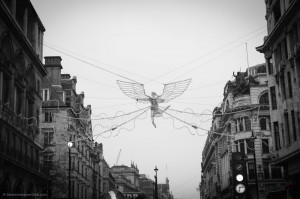 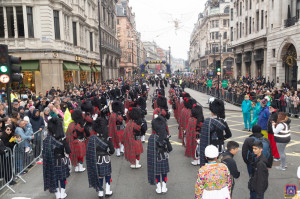 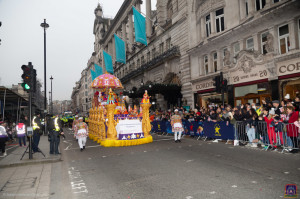 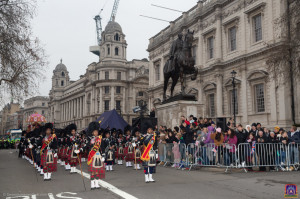