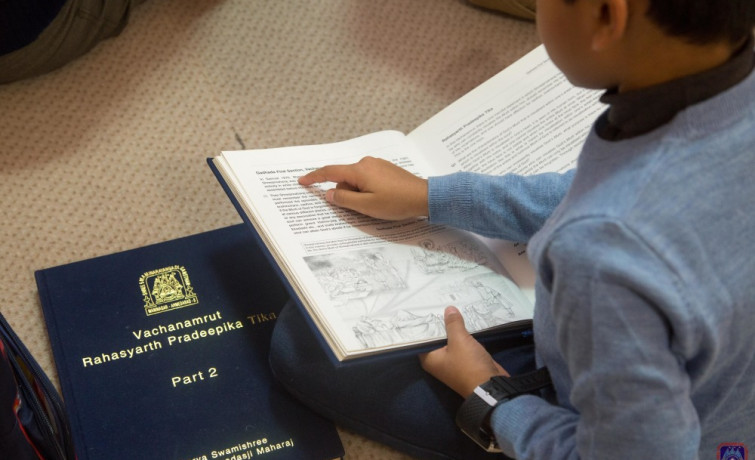 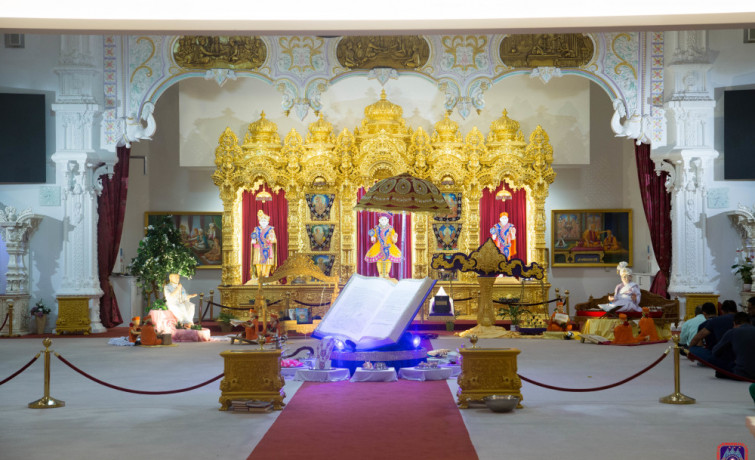 Saturday 30th November 2019 CE was the English date on which Magsar Sud 4 fell, which marked the auspicious occasion of the 200th Vachanamrut Jayanti. Disciples at Shree Swaminarayan Mandir Kingsbury celebrated the milestone with a special assembly to worship the scripture, and celebrate its superlative greatness.

Today marked 200 years since the narration of the first Vachanamrut; the scripture itself contains the sublime and supreme teaching of Lord Shree Swaminarayan, captured through discourses that He gave between 1819 and 1829 CE, and which had been collated by His five most prominent scholarly Sants – containing the precise words of the Lord, just as He had spoken them.

A grand display of poojan was offered to the scripture, as it would for a Murti of the Lord – Lord Shree Swaminarayan has stated that His words are His Murti, and so the Vachanamut scripture was revered accordingly. Items of poojan were place around a large copy of the scripture in the middle of the Mandir, while the scripture also presided on an ornate cradle (to mark its manifestation) and in a Tula (ceremonial weighing scales to mark its anniversary).

Everyone was encouraged to bring physical or digital copy of the scripture, and a mass communal reading was held. Aartis were then offered to Lord Shree Swaminarayanbapa Swamibapa and the Vachanamrut, before everyone received prasad dinner. 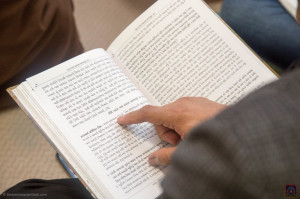 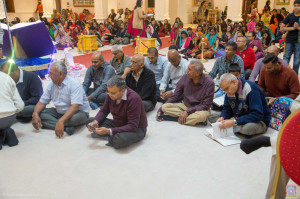 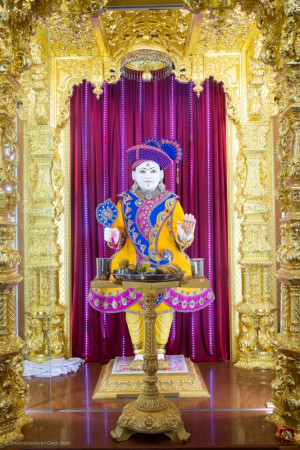 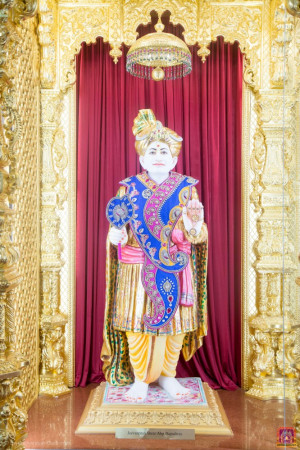 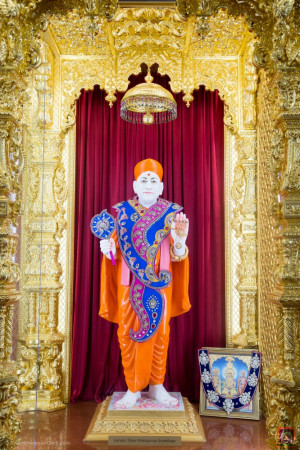 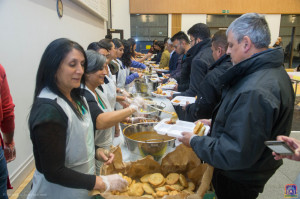