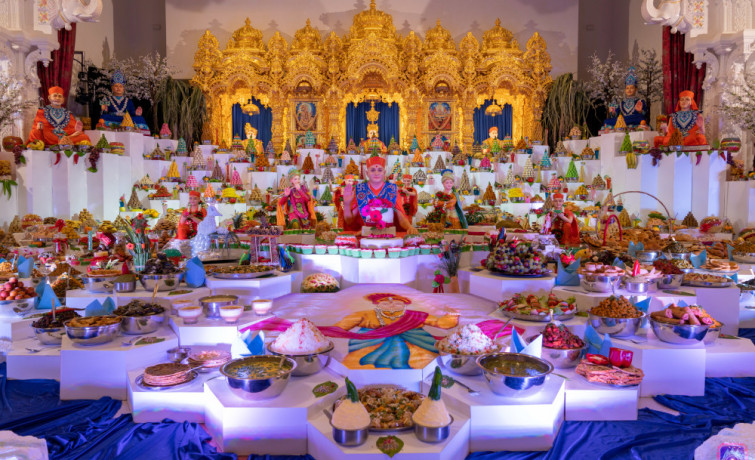 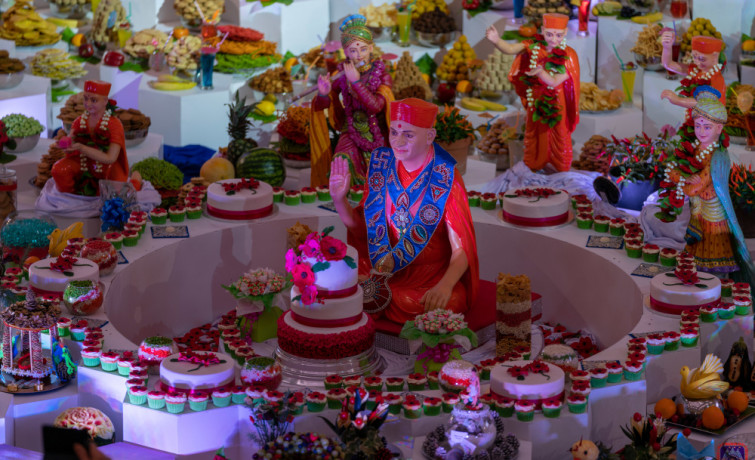 The Festival began on Sunday 4th November 2018, with a mass Uchhav performed by disciples young and old to please the Lord. The main events took place on: Wednesday 7th November with Diwali and Sadguru Din, with dozens of people joining the Chopda Poojan to bless their financial ledgers, ready for the start of the new year; Thursday 8th November, New Year’s Day 2075, when a magnificent, brilliant white Annakut was offered Lord Swaminarayanbapa Swamibapa and Acharya Swamishree Maharaj; Saturday 10th November, when the Mandir community was joined by all of our friends, families and neighbours for a spectacular fireworks display as well as a showcase of the Mandir’s various activities and Academies; and finally, Sunday 11th November, which saw the Mandir host its annual Diwali Blood Donation Session, and Shree Muktajeevan Swamibapa Pipe Band having the honour of performing at the national Remembrance Parade.

The entire festival marked elements of Remembrance, marking the centenary of the Armistice since the end for the First World War. Poppies were planted throughout Shree Muktajeevan Swamibapa Complex, dozens of poppy cakes were offered in the Annakut, and of course, the Band saluting the all those that had fallen in armed conflicts around the world, at the Whitehall Cenotaph. 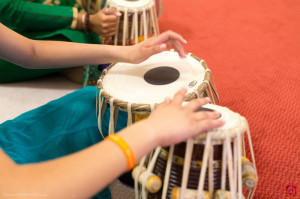 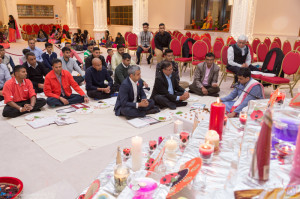 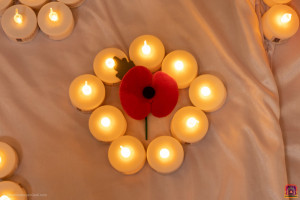 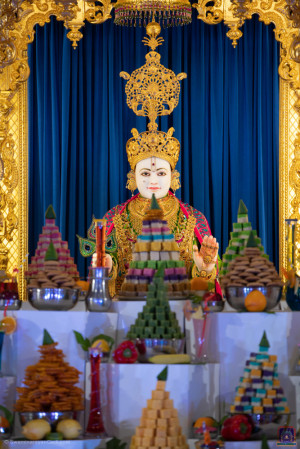 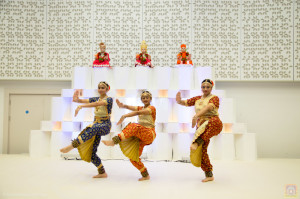 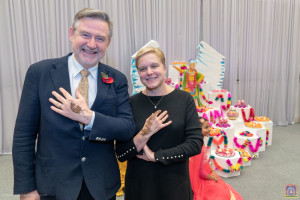