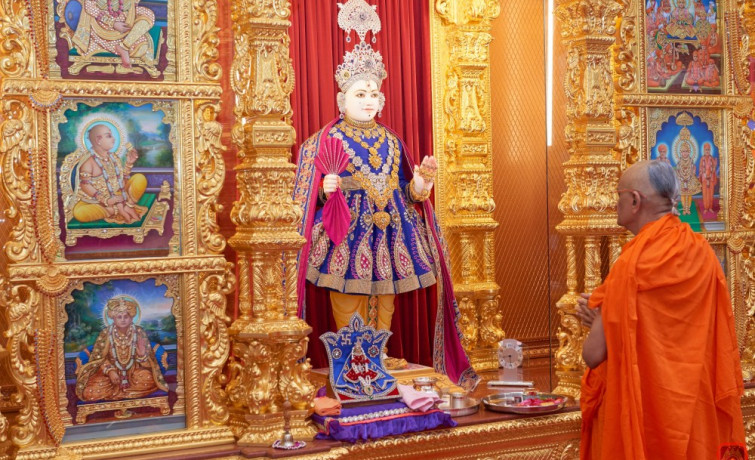 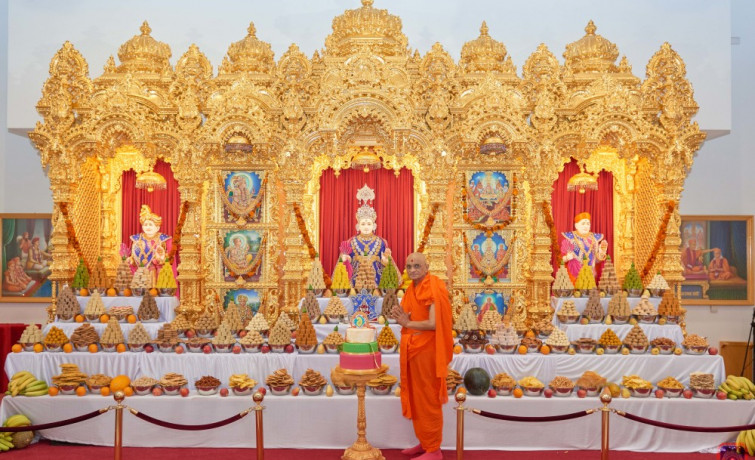 Pouring rain did nothing to dampen the spirits of around 1500 people that had gathered in celebration of the 4th anniversary of Shree Swaminarayan Mandir Kingsbury on Sunday 26th August 2018 which also this year fell on Rakshabandhan. Rakshabandhan is celebrated on the poonam of the Shravan month.

Patotsav celebrations commenced at 8.15am, with Acharya Swamishree Maharaj leading the shodsopachaar poojan and Samarpan Vidhi. It was fantastic to see Shree Swaminarayan Gadi family members from Kenya, India and across the UK come together on this auspicious occasion, and have the divine darshan of Lord Shree Swaminarayanbapa Swamibapa and Acharya Swamishree Maharaj.

A grand Annakut was then placed before Lord that included several sweet and savoury mouth-watering delicacies, including Sutar Feni sent all the way from Varodara, India. Acharya Swamishree and the sants performed aarti to Lord Shree Swaminarayanbapa Swamibapa, before all the gathered disciple had the opportunity to do the same.

Acharya Swamishree Maharaj then showered His divine Ashirwad on everyone, soon after the sabha moved to Purushottam Mahal. He explained that Gruhastha disciples’ – householders living around the world – true purpose was to live a moral, disciplined and devotional life. The fact that we are living in a modern society was not an excuse to be immersed in worldly and material pleasures and vices. Acharya Swamishree Maharaj used the analogy of the marriage ceremony to explain that it was each individual’s own responsibility to live life in accordance to the religious decree. Just as a Brahmin marries a couple at their wedding but does not then interfere with their daily lives, the Lord and His spiritual successors have pointed to the path of salvation and provide the means of achieving it, but it was each person’s duty to follow that path.

Following Ashirwad, the day’s celebrations ended with a everyone taking prasad thaar together. 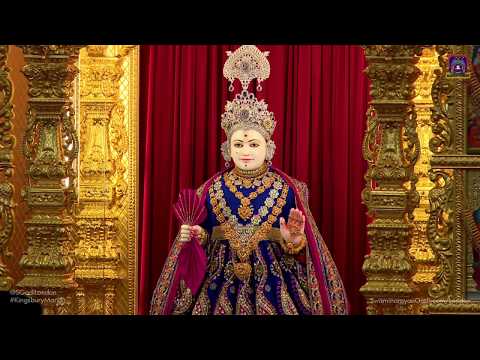 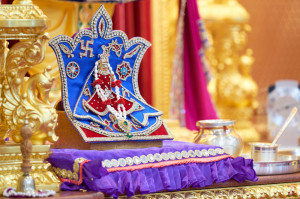 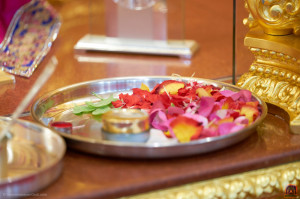 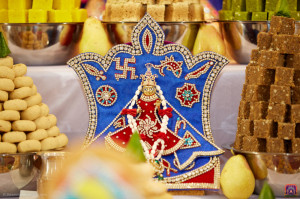 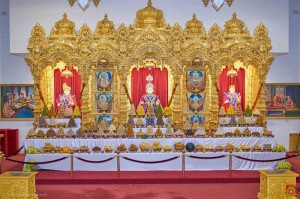 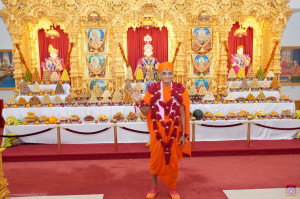 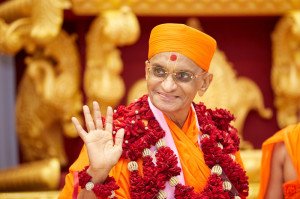