Shree Swaminarayan Mandir Kingsbury raises £45,000 for Save the Children 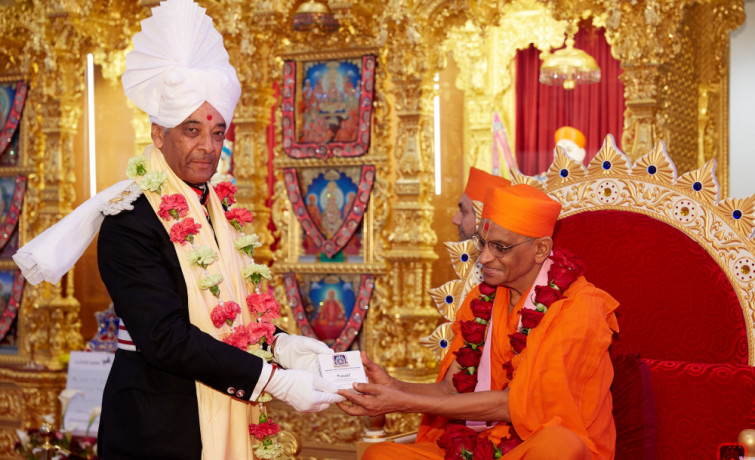 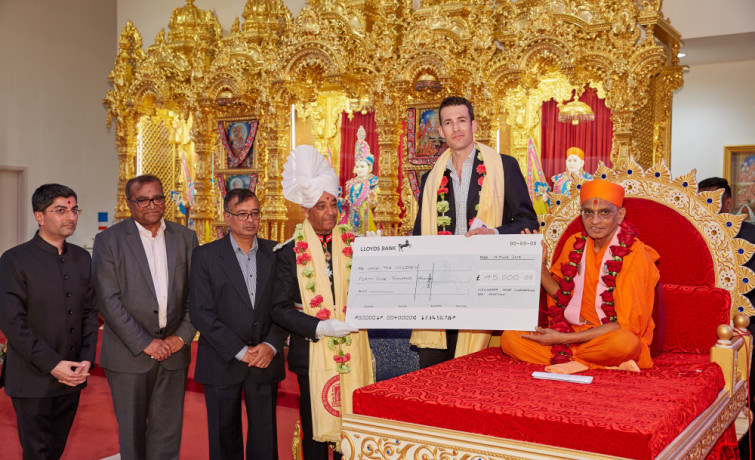 Tuesday 19th June 2018 saw a special evening to celebrate the wonderful charitable work that Acharya Swamishree Maharaj has carried out and inspired through Shree Swaminarayan Mandir communities around the world. The commemorative event was joined by eminent guest, Lord-Lieutenant of Greater London Sir Kenneth Olisa OBE and representatives from Save the Children, for whom the Shree Swaminarayan Mandir Kingsbury community had recently raised £45,000. Clive Sanders – Director of Communities, Regional Corporate, Events and Volunteering and Thalea Turowski, Community Volunteering Manager, both from Save the Children UK, were present.

The Lord-Lieutenant is an extremely honourable title, awarded to the British Monarch’s personal representatives throughout the UK. The Mandir community was therefore very honoured and humbled to welcome Sir Kenneth to Kingsbury Mandir. Sir Kenneth and the guests had the opportunity to speak to a few volunteers from the Mandir who lead and participate in a range of charitable, educational, artistic, sports, health and well-being activities. Sir Kenneth was then led into the Mandir by the world renowned Shree Muktajeevan Swamibapa Pipe Band and welcomed by Acharya Swamishree Maharaj. After receiving a salutation from the Pipe Band, sants adorned a prestigious white paag on Sir Kenneth in a mere 90 seconds!

The congregation also heard from the guests: Clive Sanders was very appreciative of this community's support and reminded everyone of just how fundraising transforms the lives of children. Sir Kenneth spoke about those who were disadvantaged in London society and the Lord-Lieutenant's work in building bridges to create social inclusion for those who don't feel part of London. Thank you to all of the volunteers who walked, swam, played and waded through mud to raise a colossal £45,000! 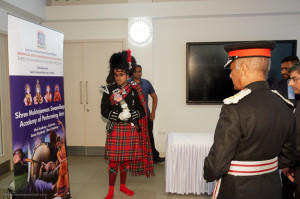 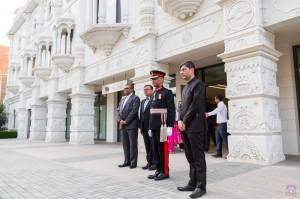 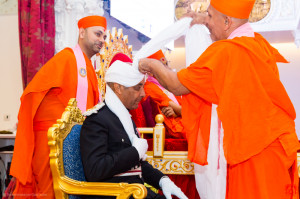 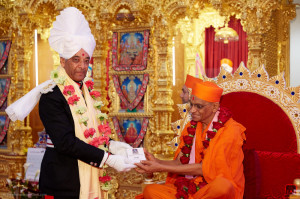 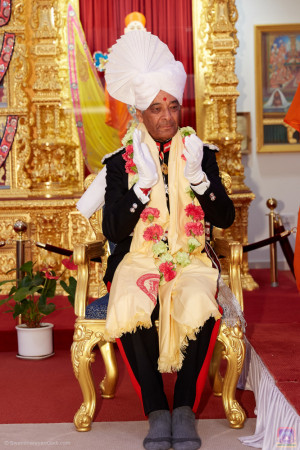 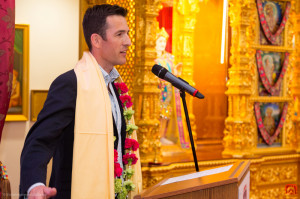