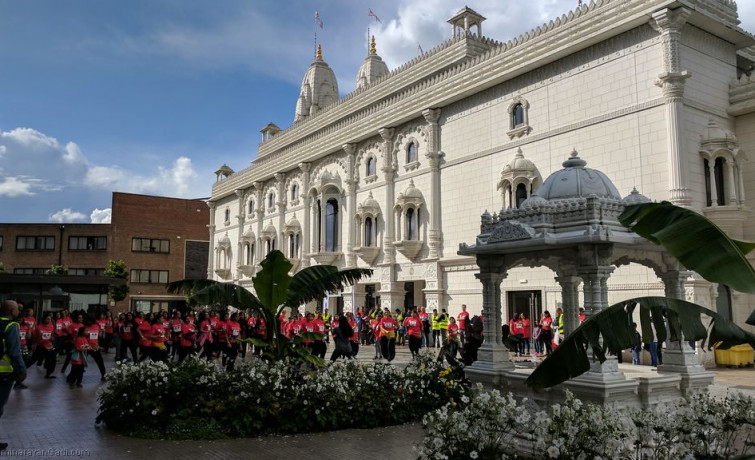 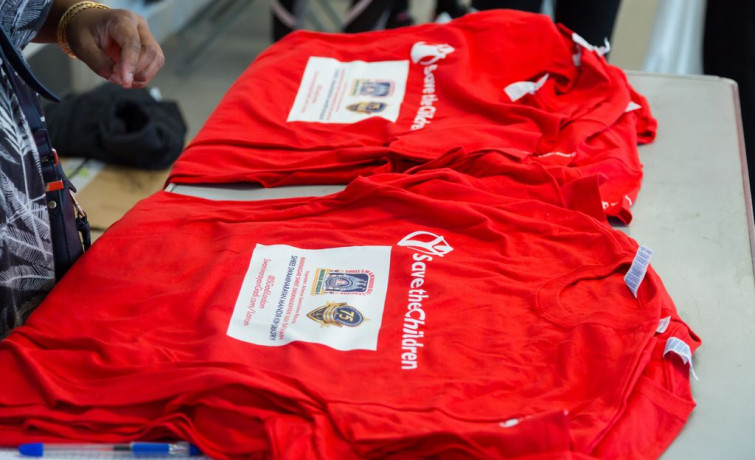 More than 100 fundraisers trekked a ten-mile route from Shree Swaminarayan Mandir Kingsbury to the London Eye on London’s Southbank in aid of Save the Children. The “Stepping up for Save the Children” walk was organised by the Mandir community as part of the Sadbhav Amrut Parva celebrations, marking the 75th year of Acharya Swamishree Maharaj.

The walk was part of a number of events that the community is taking part in and organising to raise substantial funds for the worldwide charity, Save the Children – a Muddy Muddles walk for the youngest members of the community and participation in the Great North Swim earlier this year has already raised well over £5,000, with the Walk and upcoming events including a team of 40 in the Tough Mudder and a 24-hour cricket marathon, expected to raise significantly more. To find out more about this charity campaign, visit Charity Campaign.

The Walk began at around 330pm, when walkers aged from seven to seventy left the Mandir with fervent and celebratory atmosphere. Participants took a common route towards Central London but later split to take their preferred and scenic routes, to later converge on the London Eye. Some walked past the Houses of Parliament and 10 Downing Street, while others ventured past Buckingham Palace.

One of the youngest fundraiser, Shay Patel aged 7, said after the walk,
“I never imagined this walk to be so hard, after a few miles my feet started to hurt - pain that I have never felt before! I had the option to take the tube to the finishing point but then I thought there are children that are suffering far more than my pain and so I pushed myself to finish the full 10 miles.”

The first finishers took about 3 hours to complete their ten miles, and the last finishers ended their walk at around 9pm. Remarkably, each and every single starter completed the Walk – a fantastic achievement given the range of ages and abilities taking part.

Brother and sister duo Shania (aged 7) and Dylan Vekaria (11) were shattered after the Walk but extremely proud.
“My legs were aching sooooo much, they felt like they were about to break into pieces but I still carried on and finished the walk. I couldn't give up because there are children in the world that don't have clean food or water and that could have serious damage to their health. I am proud of myself!” enthused Shania.

While Dylan added, “Before the walk, I thought I was only going to walk a few miles with my mum and then bus it to the destination. 10 miles sounds far too long and the London eye is 16 stops away on the tube!

“However, once I started the walk I didn't want to stop. It felt like my legs were going to break down and at one point I understood the phrase 'my legs feel like jelly', they were actually shaking when we stood at a traffic light waiting to cross.

“But I loved every bit of it, I walked with three other children and we encouraged each other not to give up!

“Reaching the finishing point was an epic feeling and I couldn't stop beaming! It's so cool! I feel awesome!” 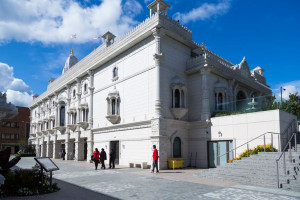 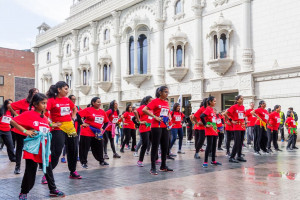 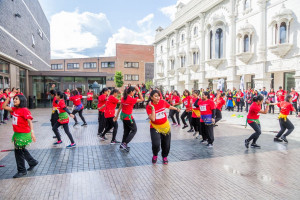 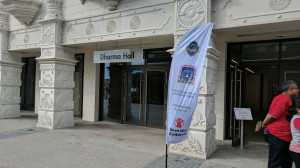 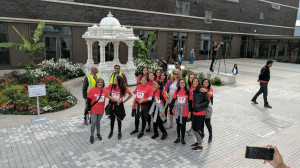 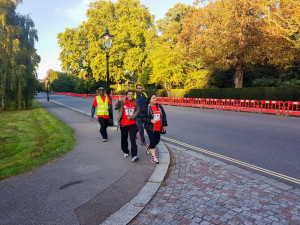