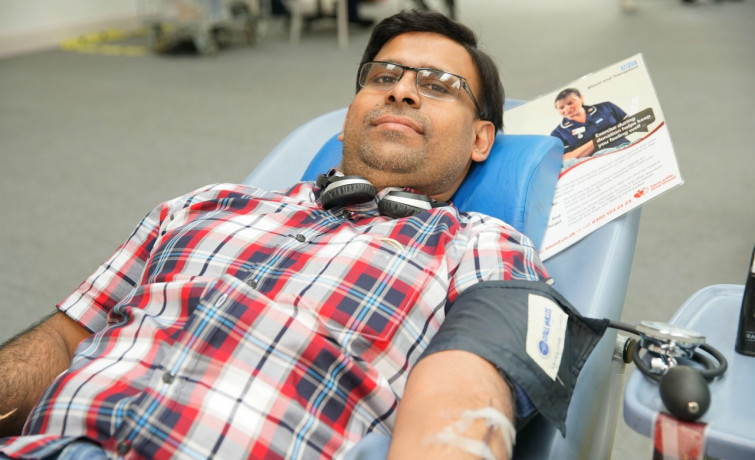 Over one hundred people visited Shree Swaminarayan Mandir Kingsbury on Sunday 26th June 2016 to do something amazing by donating blood. Amit Ghelani, who receives a blood transfusion every three weeks for blood condition beta thalassemia major, attended the session to thank the hundreds of donors, who selflessly gave the gift of life.

Amit also addressed the entire temple congregation ‘Thank you to all the donors, and the temple organizers for being so proactive and setting an example to the community. It’s great to see you’ve engaged the wider community as well as your own, I was taken aback by the diversity of the donors, which I think is a real testament to you all’.

Vanisha Hirani, a donor and representative from the mandir who was co-ordinating the session said ‘At a time where the country seems so divided, it is heartening that people can unite to help save the life of a complete stranger. The colour of our blood is the same – we have more in common than differences’.

A fantastic turnout of donors were at the session today with 123 people attending and nearly a quarter donating for the first time ever. The total units collected to date is now an incredible 1774 units.

NHS staff member Carlos Das Neves, said ‘we love hosting sessions at this beautiful venue, there is such diversity amongst the donors and a real sense of community’. 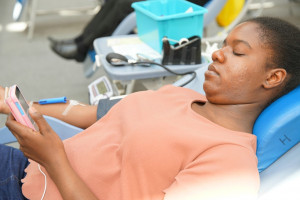 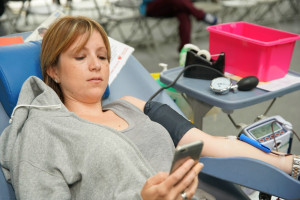 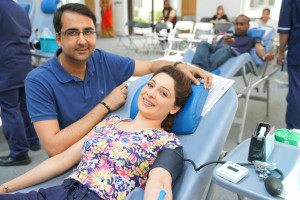 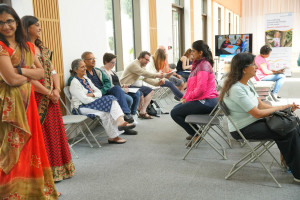 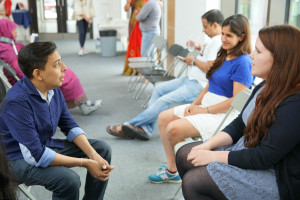 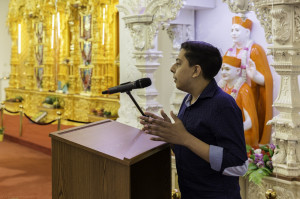