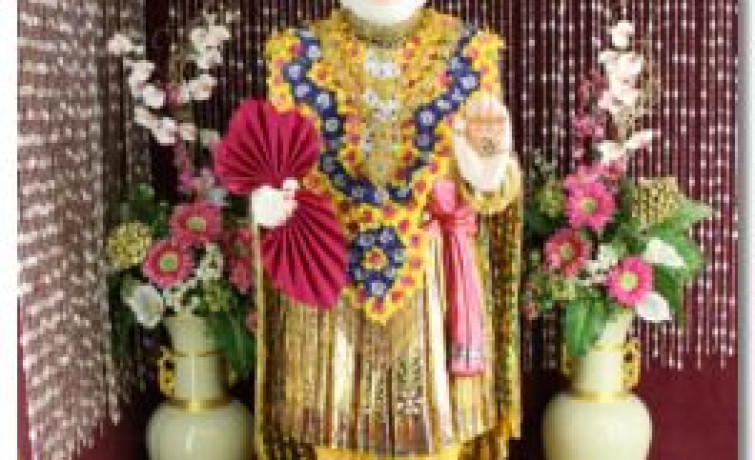 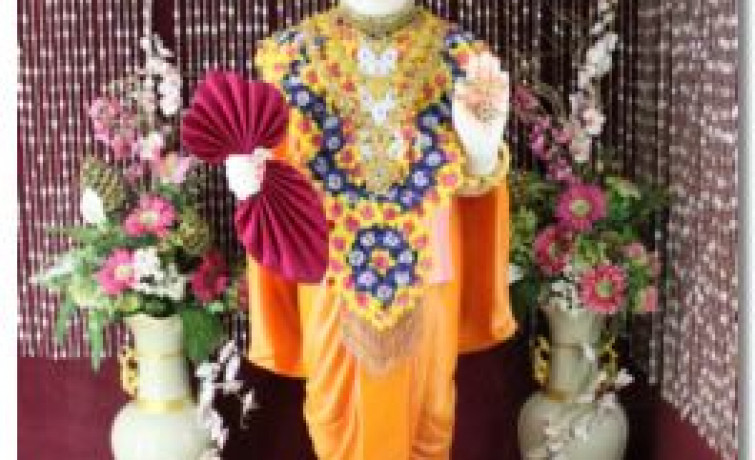 Hindus bid for leading roles at the Commonwealth and Olympic Games in an East-West Cultural Fusion event In tribute to a Hindu Spiritual Master, a spectacular array of dance and music performances, apt for the opening ceremonies of both the New Delhi Commonwealth Games in 2010 and the London Olympics in 2012, was presented to leading dignitaries from these events at Shree Swaminarayan Temple, Golders Green, London, UK.

The amazing talents of the students of Shree Muktajeevan Arts & Culture Academy and two Pipe Bands– Shree Muktajeevan Pipe Band London and Shree Swaminarayan Gadi Pipe Band Bolton – all comprising Britons of Indian origin, were showcased before invited dignitaries including Tony McNulty MP, Mayor Brian Coleman, Anil Bhanot – General Secretary of Hindu Council UK, and Tony Lit – Managing Director of Sunrise Radio, on 4 September 2009, delivering a message of the value of human effort to achieve the highest aspirations in life through community unity, cultural harmony and universal peace and brotherhood. These were the tenets of Jeevanpran Shree Muktajeevan Swamibapa, the Temple’s founding father, and continue to be nurtured and spread by the organisation under the guidance of current leader, His Divine Holiness Acharya Swamishree Purushottampriyadasji Maharaj.

The show started with a spectacular depiction of a clash of cultures involving a play-off between East and West - a truly stunning duel between Western snare drums versus the traditional Indian dhol drums performed by Shree Muktajeevan Drum Corps and Shree Muktajeevan Dhol Academy. The gang-like nature of the act captivated the audience as the arrogant, conflict driven and defiant youths who collided and were unable to accept their differences when immigrants from the old British Raj colonies first arrived in the UK.

This portrayal was followed by a declaration of those very same immigrants’ determination to hold onto their cultural identity, in a colourful and pacifying Indian patriotic dance (performed by members of Shree Muktajeevan Arts & Culture Academy); reminding us of the importance of maintaining one’s individuality. The theme changed yet again with an authentic Scottish bagpipe and drum rendition by Shree Swaminarayan Gadi Pipe Band Bolton – formed by young, second generation Indians who have embraced Western traditions to the extent that they look and sound like tartan-clad pipers from the Highlands.

The finale to the event was an awe-inspiring fusion of the very Scottish bagpipes and the very Eastern dhol drums. The unique but perfect combination, first seen wooing over 10,000 people of all cultures at Trafalgar Square in 2007, encapsulated the essence of a Commonwealth of cultures in a cosmopolitan London – a blending of East and West that was more spectacular than the mere sum of both.

This evening was a celebration of diversity, and furthermore delivered a message of how modern society should truly be; a beautiful fusion of a multiplicity of cultures, blending together in harmony – this is the message of His Divine Holiness Acharya Swamishree Purushottampriyadasji Maharaj who presided over the entire the event. This is also the ethos encapsulated by the Olympics and the Commonwealth Games.

The event will also honour this Community’s most remarkable achievements in education and sports as part of the tribute to the legacy of Jeevanpran Shree Muktajeevan Swamibapa and the 30 years since his last tour of the United Kingdom in August 1979. 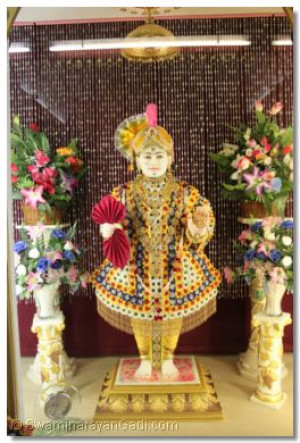 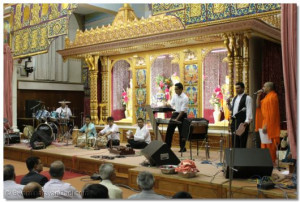 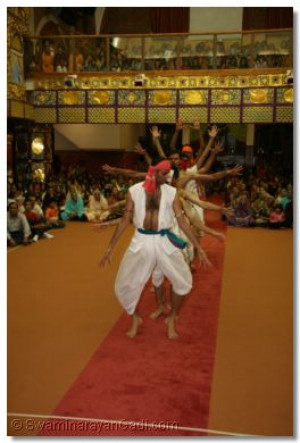 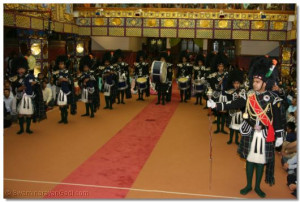 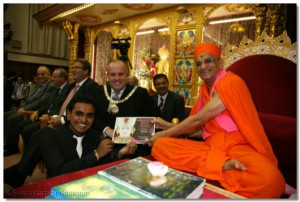 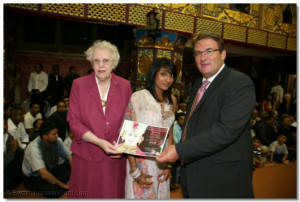