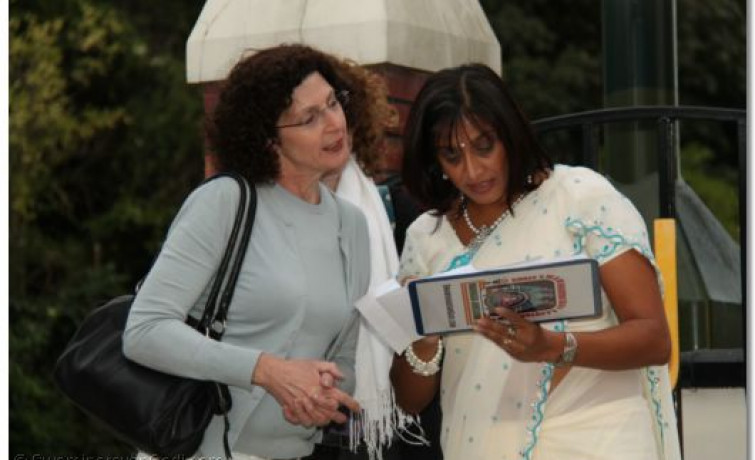 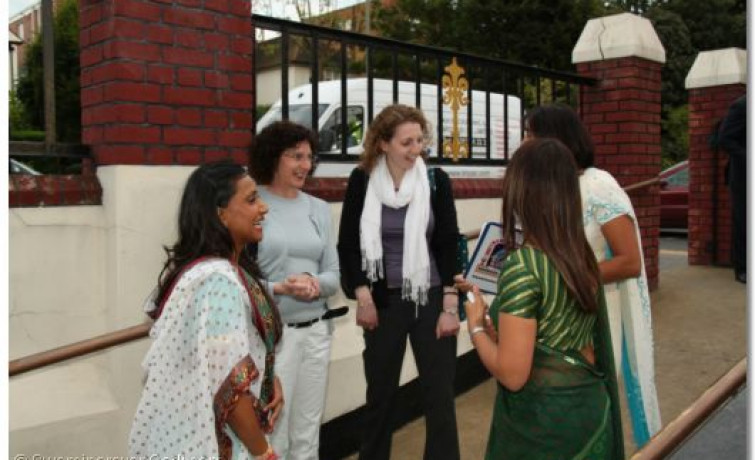 In a unified show of defiance against as well as exploring the reasons for the recent outbreak of violence, His Divine Holiness Acharya Swamishree Purushottampriyadasji Maharaj, hosted representatives of various religious denominations to inspire the community to channel their energies towards his simple philosophy of universal brotherhood, ‘service to society before oneself’ and the power of faith in achieving one’s highest aspirations.

On Thursday 1st September, faith leaders from the Christian, Jewish, Islamic, Sikh and Hindu and other faith communities united at Shree Swaminarayan Temple in Golders Green (Northwest London) to deliver an inspiring show of force to the community in preparation for Sewa Day on 25th September 2011.

The guests were shown around an exhibition of the temples projects for Sewa Day. They applauded the efforts of last years Sewa Day and Mitzvah Day collaborations depicted in a beautiful video made by the temple as a perfect example of interfaith cohesion. They were then escorted into the temple led by the Shree Muktajeevan Pipe Band who also gave a fanfare salute to the guests and Acharya Swamishree.

Servitude to society, tolerance and peace, and respect for all were just some of the themes promoted - messages that are common to all faiths and communities, and transcend any differences that may exist between them. Holy books were exchanged in order to promote interfaith understanding and dialogue; Acharya Swamishree gave each faith guest leader a copy of the five volume Vachanamrut Rahasyartha Pradeepika Tika and tied sacred threads to the guests, symbolizing the friendship between all faiths and the pledge to such interfaith ideals.

The inauguration of the Sadachar Sandesh Swamishrees teachings for virtuous living in English was performed by the chief guests and all the guests received a complimentary copy.

Acharya Swamishree gave a blessing to commence the evening which epitomised the theme of the night for the speakers that followed.

Guest speakers on the night included...

And several other faith leaders and local councillors together with the Sewa Day Organisers, Jay Lakhani from the Hindu Academy and Arjan Vekaria President of the Hindu Forum of Great Britain, Representatives from the Tony Blair Faith foundation as well as a Major from the Ghurkha Army were also part of the distinguished assembly of guests.

The event was embellished with multicultural dance and music performances, all performed by the talented students of the Shree Muktajeevan Arts & Culture Academy that is hosted by the Temple. The Shree Muktajeevan Swamibapa Jewel Awards were presented to the highest academic and sporting achievers from the community. The awards demonstrated that youthful energy, if harnessed well, serves to benefits the community - the youth in this community are united behind the message, “A team is where I can prove my courage on my own; A gang is where a coward goes to hide.”

The one further message of the night was “we all have the same colour blood.” What gesture could be grander than giving your own blood to your neighbour when he needs it the most? The unprecedented success of recent blood donation drives organised by the Temple and awareness of the coming year’s campaigns for blood from the ethnic minority communities are both pertinent examples of the selflessness and servitude to society that the gathered faiths represent. Avharaya Swamishree was presented with a special framed letter of thanks from the NHS Blood Service for his tremendous work and continued campaign for blood donation around the world. Followed by an inspiring speech from a receiver of blood whose life had been saved from leukaemia through blood donations.

The evening ended with a most memorable show of all faith leaders standing hand in hand with Acharya Swamishree as symbol of unity, diversity, and solidarity all at once. 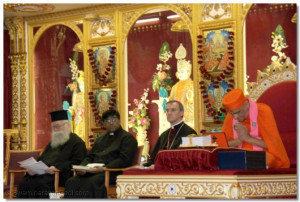 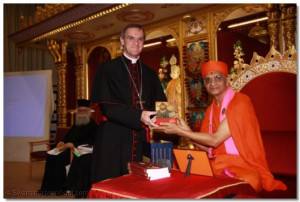 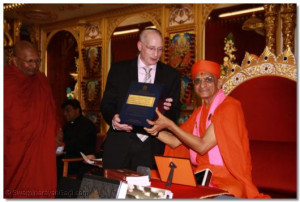 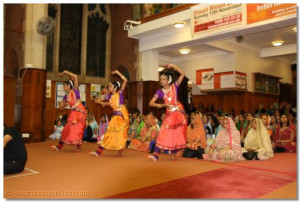 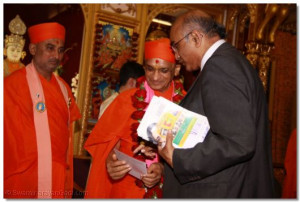 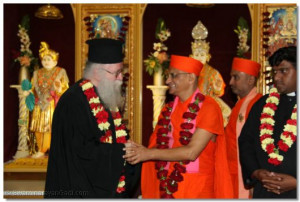