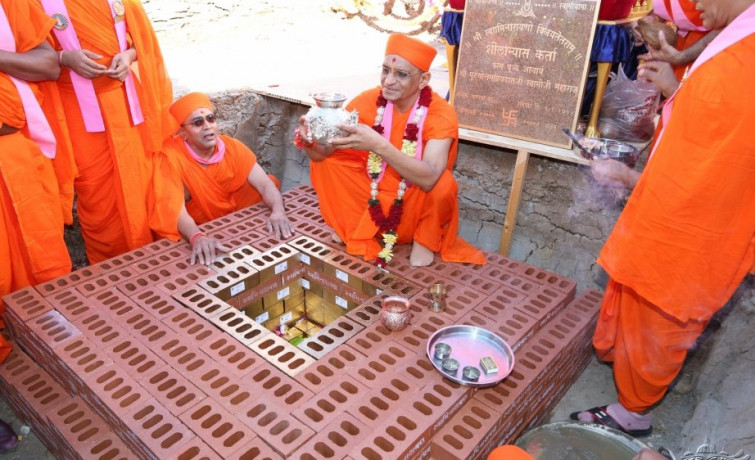 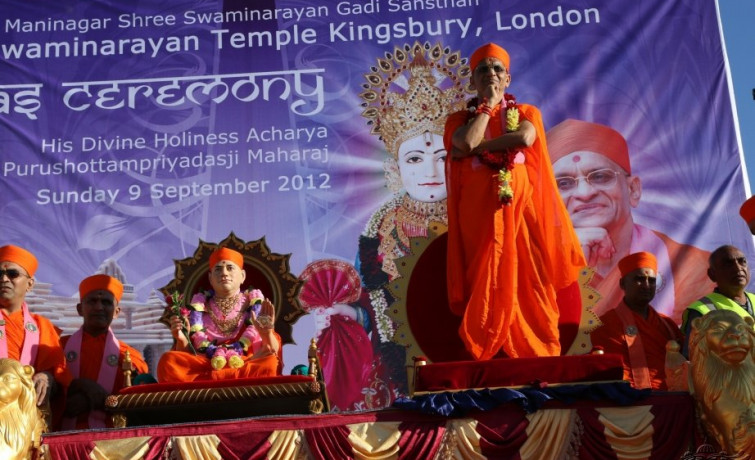 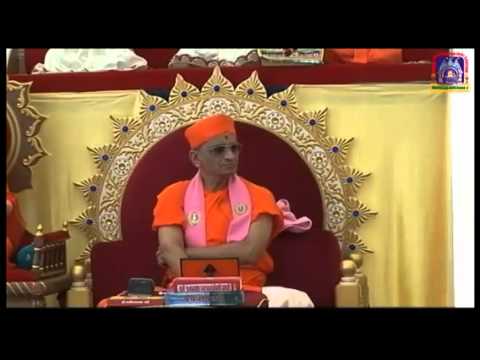 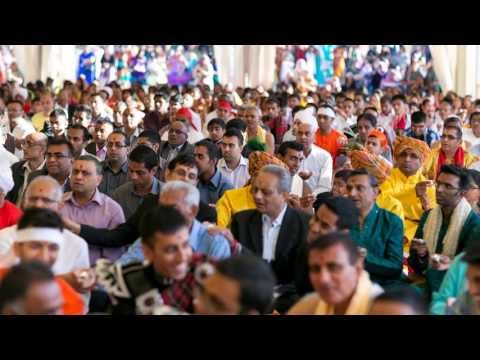 Having purchased the land on the Kingsbury Road in 2008, permission was sought for change of land use, demolition and building. That permission was obtained from the London Borough of Brent and the Greater London Authority, and subsequently, plans were progressed. On 28 May 2012, demolition of the existing buildings on the site commenced.

Sunday 9 September 2012 will be recorded in history as the day when Acharya Swamishree Maharaj performed the Shilanyas Ceremony - foundation stone laying ceremony. This is the first and significant ceremony for the Mandir project.

The Shilanyas Ceremony commenced with consecration of the bricks that would subsequently be laid in the foundations. Acharya Swamishree Maharaj performed the maha-puja to 11 gold bricks. More than 800 disciples from all over the world participated in the Vedic rituals.

After the maha-puja, a grand dance performance was performed by 375 disciples of Shree Swaminarayan Mandir London. The disciples included both very young children and also elderly men and women. They had been preparing for this dance for several months. The words of the song had been specially written for this grand occasion. The joy and delight was evident on everyone’s faces - ‘Lord Swaminarayanbapa Swamibapa - have arrived in Kingsbury!’

Acharya Swamishree Maharaj and sants carried the consecrated bricks on their heads into the foundation pit and placed the gold bricks into the foundations. Never before has a foundation stone ceremony of a Mandir been performed using gold bricks; the first to perform such a ritual is Acharya Swamishree Purushottampriyadasji Maharaj, on the occasion of the Shilanyas Ceremony of Shree Swaminarayan Mandir, Kingsbury, London.

The ceremonial urn containing panchamrut - prepared by bathing Shree Harikrishna Maharaj with the five nectars, gold and silver, was placed into the foundation pit. A slab inscribed with the details of the ceremony, was placed on top of the foundation. A white dove, signifying Acharya Swamishree Maharaj’s wish for peace upon the Earth, and eternal peace for all those who enter the Mandir, was released.

On this special occasion, Acharya Swamishree’s 70th manifestation day was also to be celebrated by the disciples of London. Acharya Swamishree Maharaj was seated on a palanquin and carried into the assembly marquee, with young and old disciples walking in front, carrying offerings for the Lord. Having placed each item of adoration before the Lord, a beautiful celebration cake, shaped like the number ‘70’, containing 700 individual cup cakes, was presented before the Lord.

Acharya Swamishree Maharaj blessed the congregation in which He described the significance of this occasion, the importance of creating such temples, and the benefit attained by contribution to the creation of such centres for the preservation of morals, culture and principles.

The delight of disciples continued to flow....on behalf of all the sants and disciples all around the world, the sants showered Acharya Swamishree Maharaj with Swarovski crystals and American diamonds. The event concluded with spontaneous dancing and rejoicing by everyone present. The extraordinary delight of this unforgettable and most significant occasion, could be sensed in the atmosphere. Maha-prasad was taken by everyone present.