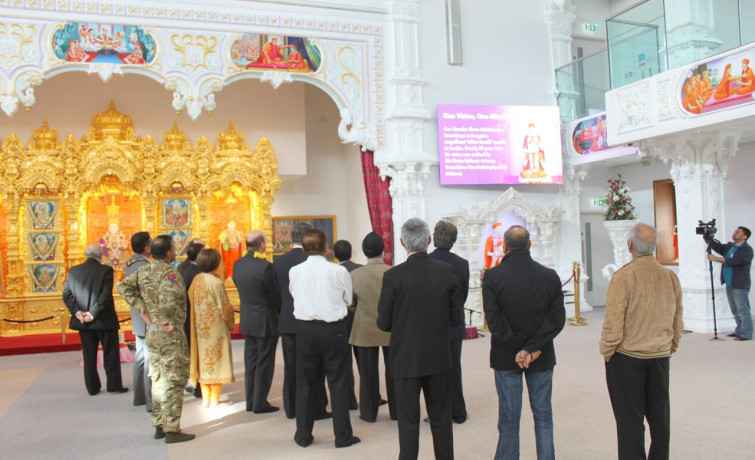 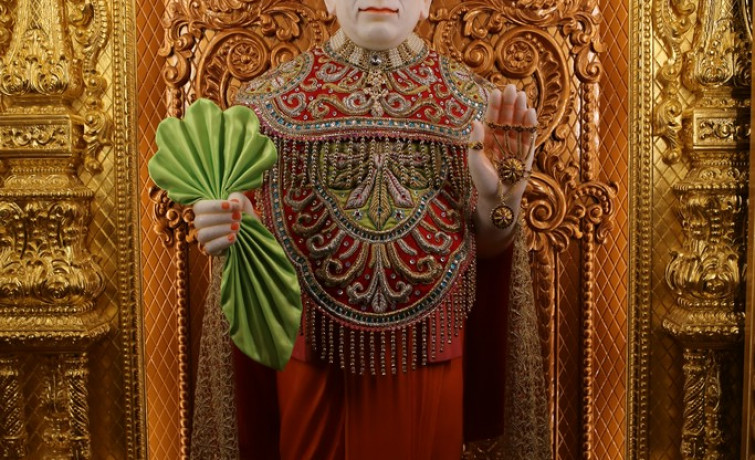 Shree Swaminarayan Mandir Kingsbury was proud to welcome the British Army’s Chaplain General, Reverend Dr David Coulter to the Mandir. The aim of Dr Coulter’s visit was to strengthen the ties between our community and the British Armed Forces.

Dr Coulter was welcomed to the Mandir by several of its long-standing friends, included local MP Barry Gardiner and the Mayor of Harrow, Ajay Maru, along with the Mandir’s Trustees and several local Councillors. The visit was supported by the Hindu Council UK, who’s Managing Director, Anil Bhanot, was also present.

“Our organisation, inspired by our spiritual leader Acharya Swamishree Maharaj, has a strong history of supporting the Indian military and we are extremely proud to carry through that mandate to the UK. Visits such as these are vital to reinforce and celebrate the common objectives between Hindu faith organisations and the Royal Army Chaplains’ Department, which both seek to safeguard the spiritual well-being of its communities.”

Guests lit a flame of peace, as a prayer for greater harmony and prosperity throughout the country, the entire world, and within our own hearts and minds. During the tour of the Mandir Complex the Chaplain General met young members of the world-renowned Shree Muktajeevan Pipe Band, which sparked his particular interest, having been ordained by the Scottish Church. Dr Coulter commented,

“I did not expect to see such a magnificent building, and I certainly did not expect a Scottish Pipe Band! I am simply blown away with what you have achieved here and the warm welcome I’ve received.” 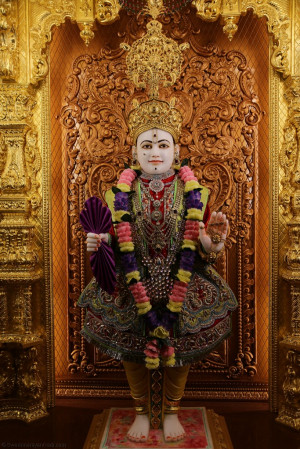 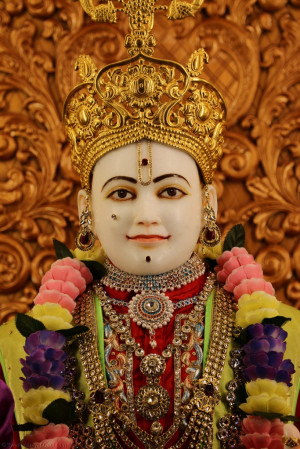 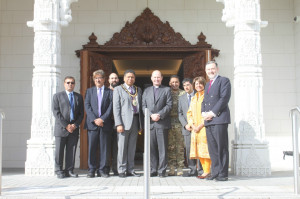 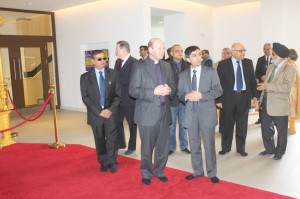 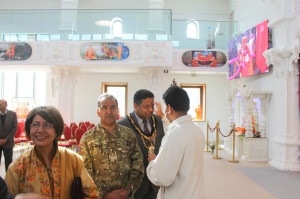 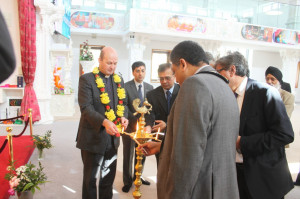