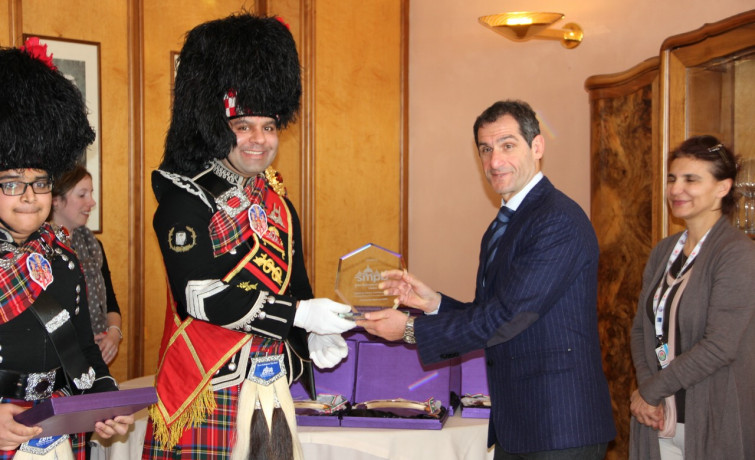 Shree Muktajeevan Pipe Band London capped a historic year and kicked off 2015 in style with high-profile performances in Rome, Italy, during the country’s New Year celebrations.

Shree Muktajeevan Pipe Band has a long and illustrious history of playing in New Year’s Day parades in capital cities across Europe. In recent years the Band has headlined parades in London, Paris and Madrid. The Band’s core aims are to support charitable and cultural activities, particularly in the UK, Europe and India, and to help spread the social and spiritual values of its parent organisation, Maninagar Shree Swaminarayan Gadi Sansthan – a global Hindu organisation based in Ahmedabad, India. Shree Muktajeevan Pipe Band’s worldwide fame attracts invitations from around the world, and this year led to them accepting the request to take part in the 2015 New Year’s celebrations in Rome, Italy. Some 40 members made up the travelling party.

The New Year’s Day parade started in Piazza del Popolo, moved onto Via del Corso, Via Condotti, via del Babuino, back to Piazza del Popolo, where a finale performance took place. The parade marched past the famous Spanish Steps – a must-see attraction for any visitors to Rome and one of its and most famous and historic landmarks. A few days prior, on Tuesday 30th December, the Band was one of the highlights of the Frascati Street Show, which consisted of a Parade through the hilltop town of Frascati (around 10 miles from Rome) and a series of performances in its main piazzas – Piazza Roma, Piazza San Pietro and Piazza Mercato.

These performances capped a fantastic 2014 for Shree Muktajeevan Pipe Band. August 2014 saw the Band spearhead the Grand Opening Festival of the world’s first eco-Temple, Shree Swaminarayan Mandir Kingsbury, in London. Inspired by the organisation’s global spiritual leader, Acharya Swamishree Maharaj, the Grand Opening Festival attracted sister bands from across the world to join the celebrations. The Festival began with a spectacular parade through the streets of Central London that culminated on Parliament Square, and included over 200 pipers and drummers. 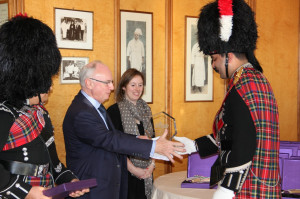 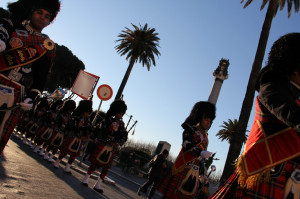 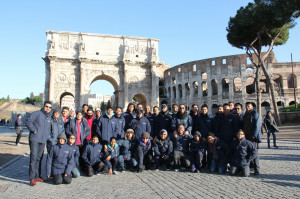 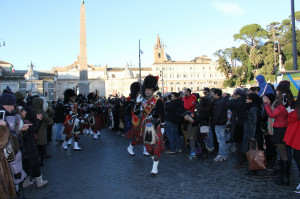 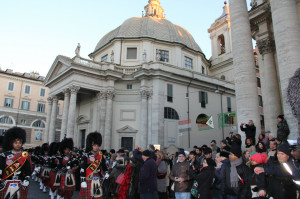 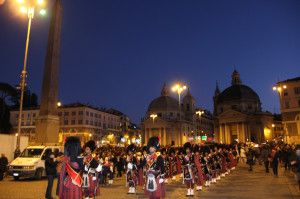