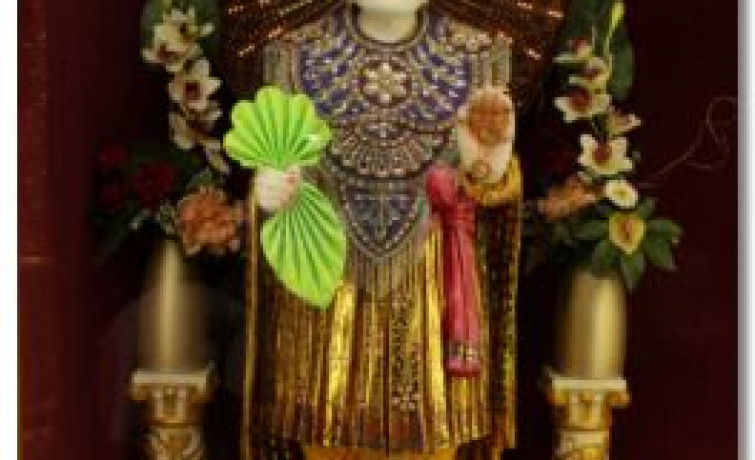 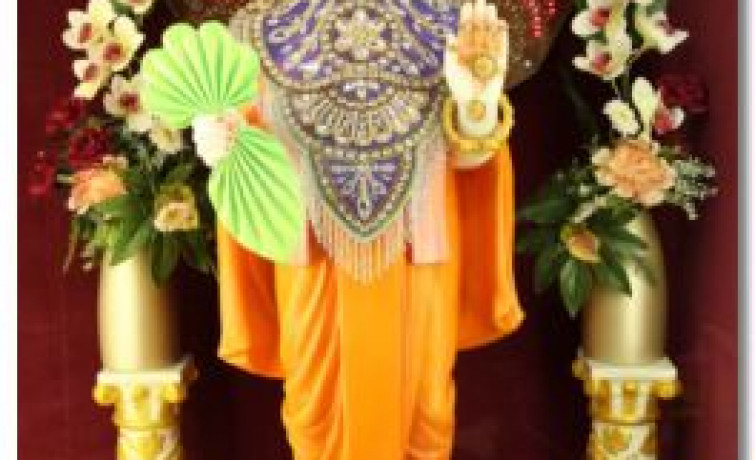 Gurudev Shree Muktajeevean Swamibapas 104th praaghatya din (manifestation day) was celebrated in London on 25 September. The ardent devotees gathered at the temple at 5.00pm on this most auspicious of occasions.

Gurudev Swamibapa was ceremoniously carried in to the temple on the shoulders of the sponsors of the event, the family of the late Jayantibhai Hinderjibhai Madhani on a palanquin cushioned with vermillion felt.

Flanked by bearers of a ceremonial silver mace and crimson umbrella... symbols depicting the status of their Maharaja Dhiraja.

The Shree Muktajeevan Pipe Band smart in their military tunics, embellished with silver brocade, and black feather bonnets proudly saluted the Guru that had blessed them with his name way back in 1972 with the salute exclusively reserved for him has he appeared majestic from his room. The regal atmosphere was enhanced by the Royal Stewart tartan kilts of the pipes and drums of His regiment styled band.

Gurudev Swamibapa carried a lovingly created posy of three perfect semi bloomed deep red roses which appeared to drip with fragrance in his right hand and a gold bejewelled bracelet on his all blessing raised left .

Behind the band stood two parallel columns of excited young children carrying items of swagat, beautifully laid out in stainless steel platters, draped in tasselled turquoise. They bustled with excitement headed by the fluttering flags of bearers carrying the temple colours proudly pioneering the way for those behind them, reminiscent of the inspirational lines from Gurudev Swamibapas awesome kirtan "Shreeji Malya Bapa Malya" from Harignanamrut Kayva

"We will fly the flag of the principles of Jeevanpran Bapashree, if required for this cause we will sacrifice all" to which cause of course Gurudev Swamibapa dedicated his life.

The procession, from Gurudev Swamibapa's room wound its way around the perimeter of the temple.

The melodic sound of devotional kirtans emanated from the rich rainbow of sequinned saree clad ladies complemented by the waft of sandalwood from the torched incense being carried in the swagat ahead of them.

The river of devotees entered the temple and Gurudev Swamibapa was seated in a new beautifully carved hindora of teak. The temple reverberated with the sound of the pipes and drums matched only perhaps by the nervous emotions of the two new band Drum Majors on their first duty as Majors today, calmed only perhaps by the gently smiling Gurudev who sat before them as they once again saluted with a salutation melody.

The day is traditionally celebrated in all Gurudev Swamibapa's mandals around the world with a swagat and today in London was no different.

The children carried platters with cashews ivory in colour and saffron almonds, flowers and cake and a moghat crown for his brow and sheets of blossom for vagha to offer Him.

The members proffered aarti and watched the platinum tula mahotasav video of 1967 in which Swamibapa imparted the message of giving service to society. A message that had been ardently followed on the day as a tribute to Him on Sewa Day 2011.

The members had earlier that day stood outside local the supermarkets and collected 4000 items of shopping which were distributed that very night to the homeless and hungry.

Over 2000 children's books were also collected to be sent to children overseas and the gardens of the elderly and infirm were transformed to bring a little joy to others on Swamibapa Jayanti all in the name of Gurudev Shree Muktajeevan Swamibapa.

"Happy Birthday Dear Guruji…. Happy Birthday!!"...sang all His children....and the event ended with the blessed prasad of the Lord given to all...and of course a piece of birthday cake. 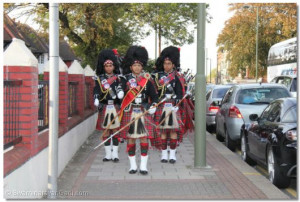 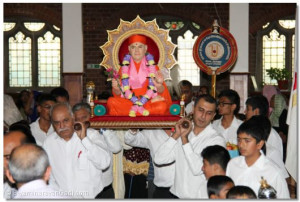 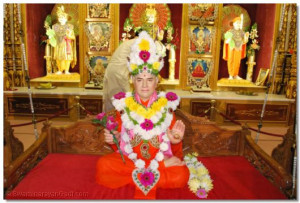 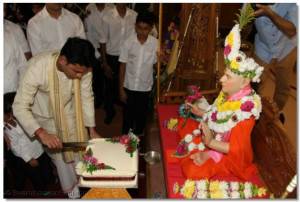 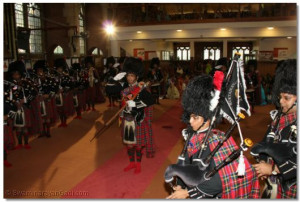 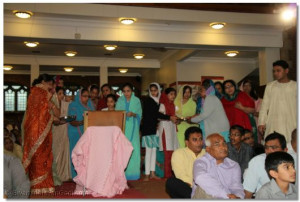