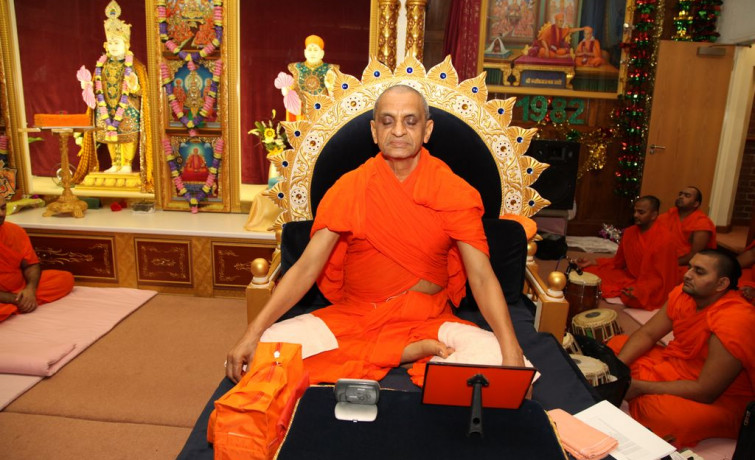 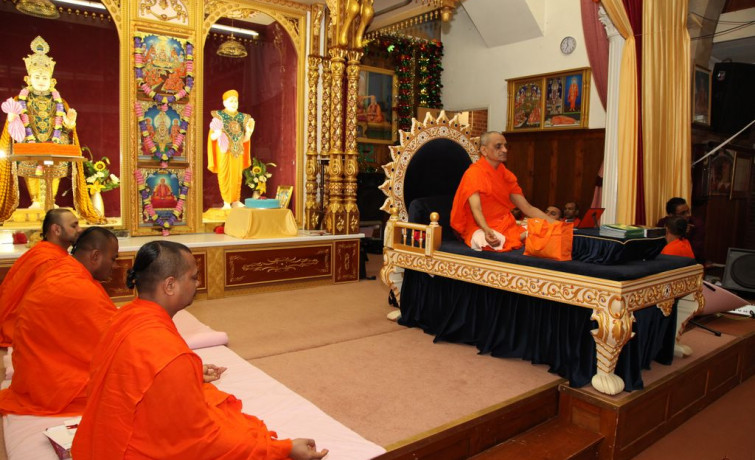 Thursday 5th September saw the final Sabha in Golders Green with the marble Murtis of Lord Swaminarayanbapa Swamibapa installed, before the Lord was to move to His new home at Shree Swaminarayan Mandir Kingsbury. The evening’s Sabha was a poignant and emotional milestone on the Farwell Golders Green journey.

As today was Sadguru Din, traditional 30 minutes of Dhyaan followed Sandhya Aarti and kirtan bhakti at the star of the evening. Shree Muktajeevan Swamibapa’s sants performed the recital of the ‘Jeevanpran Abji Bapashree ni Vato’ scripture, before Acharya Swamishree Maharaj delivered His divine Ashirwad. At the conclusion of Ashirwad, the entire sabha sang an especially composed kirtan, to thank the Lord for over three decades of wonderful memories at Golders Green, and offer prayers to Him for even fonder memories to be created at His new home.

Everyone then had the privilege of simultaneously performing “Maha Aarti” to the Lord – each individual with a lamp in hand that they were able to take away as a Prasad souvenir. With the Temple’s lights dimmed, the entire sabha looked like a sea of floating lanterns as Acharya Swamishree Maharaj led the Aarti. 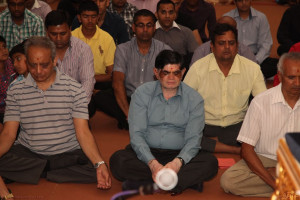 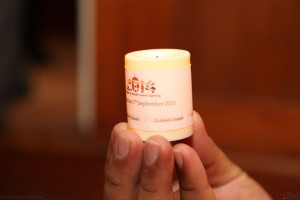 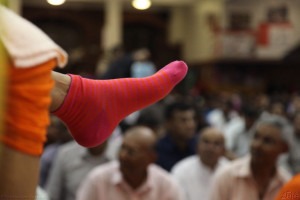 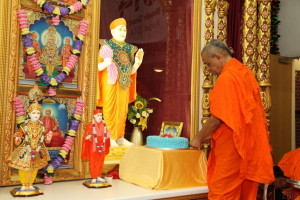 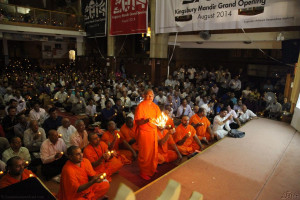 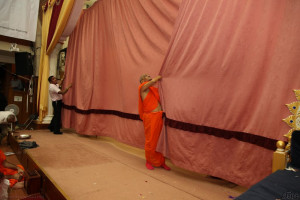