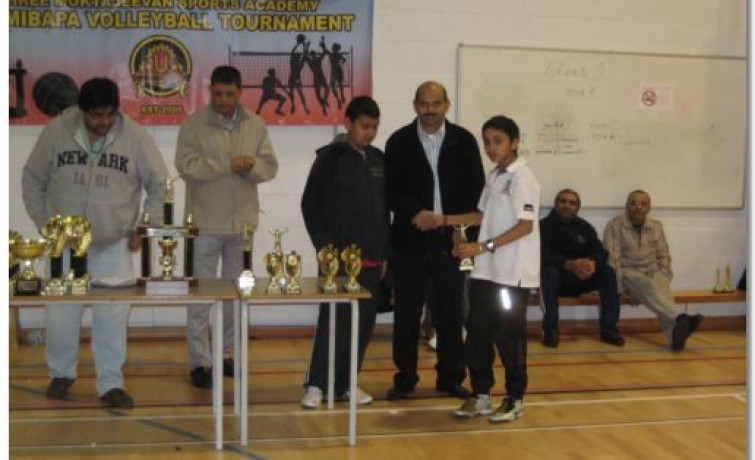 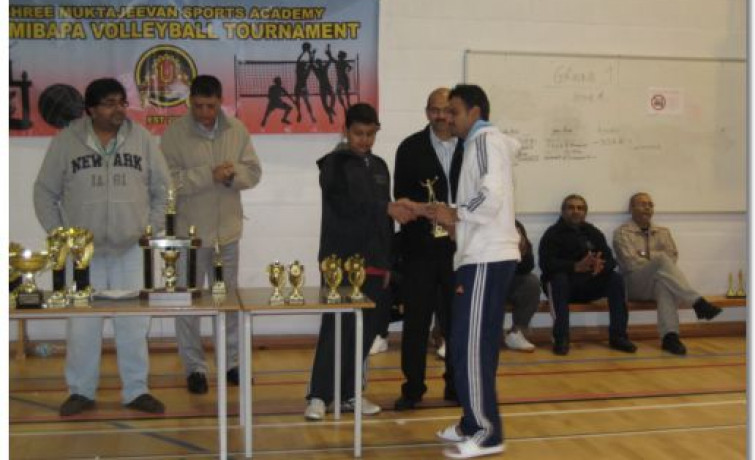 This was the second consecutive year that the tournament had been organised. Many teams for this year’s tournament had accepted the invitation within 24 hours. Such was the popularity that a few teams from across the country were desperately trying to get their teams together and only entered the tournament hours before the scheduled start.

This year’s tournament saw fifteen teams battling it out for the honour of being crowned champions. On this very cold Sunday morning, breakfast and lunch was served to all teams attending, and to the hundreds of supporters who had also gathered to cheer their respective teams.  The supporters enjoyed this tournament more than last years as the battles especially in the knock-out stages were magnificent.

Swamibapa Volleyball Club’s A team had last year managed to reach the quarters finals. For a team that has only been established for four years this was a brilliant achievement. Other Kanbi teams have been playing competitively for over ten years.

This year Swamibapa VC A made it through the group stages comfortably. The quarter final saw them being drawn against Madhapar ‘A’ who were a very strong team. However with the help of some good serving and net play Swamibapa VC A progressed to the semi Final. Here they met the winners of last year’s tournament, Bharasar ‘A’.

This proved to be a classic match which saw the strength and depth of Swamibapa VC A. Bharasar A, a team with very experienced players were unable to break Swamibapa VC A down and bowed out of the tournament. Swamibapa Volleyball Club A had reached the final for the first time in their history. This was infact the first final they had ever reached in all tournaments.

The final saw Swamibapa VC A against SSK ‘A’. As it was the final this was best of five games.  The teams were unseparable and the games were played to the wire. After four games the score was 2-2. In the final game, Swamibapa ‘A’ team was four points, and needed three more points to win the tournament. This epic final had a final twist and SSK A pulled back the game to level scores at GAME ALL. From here it was “Sudden Death”, either team needed to win two consecutive points to win the tournament.

Both teams were cheered on by hundreds of supporters, “Swamibapa, Swamibapa” and “SSK “was being chanted by fans of the teams and players from other teams. The atmosphere was electric and the pressure mounted on both teams. The occasion forced both teams to make simple errors and the momentum switched from one team to another. In total there were four match points. The supporters were literally on the edge of their seats throughout the game. Finally, SSK got a break through and were able to find a gap in the compact defence. The final point went to SSK who won the game on sudden death and were crowned Champions. In the true spirit of brotherhood, members of Swamibapa Volleyball Club congratulated SSK A on winning the final.

With such a successful tournament, members of the Swamibapa Volleyball Club have already started planning next year’s tournament.

Lastly, the members of Swamibapa Volleyball Club & Shree Muktajeevan Sports Academy would like to thank the sponsors of this year’s tournament and would very much welcome their sponsorship and support again for 2010: 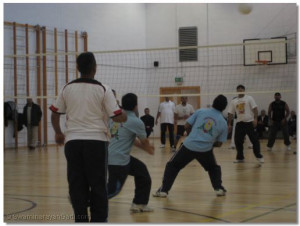 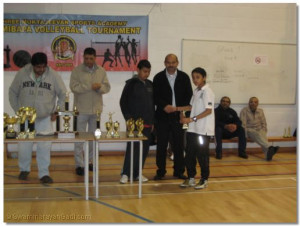 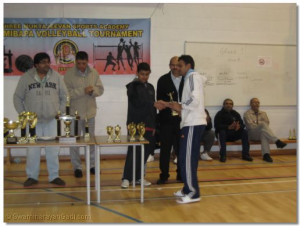 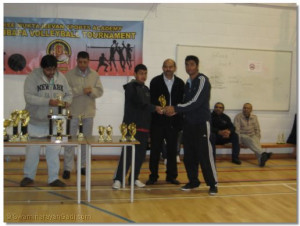 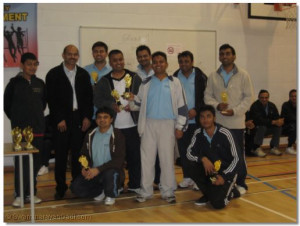 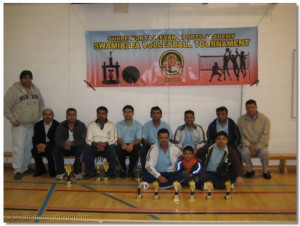