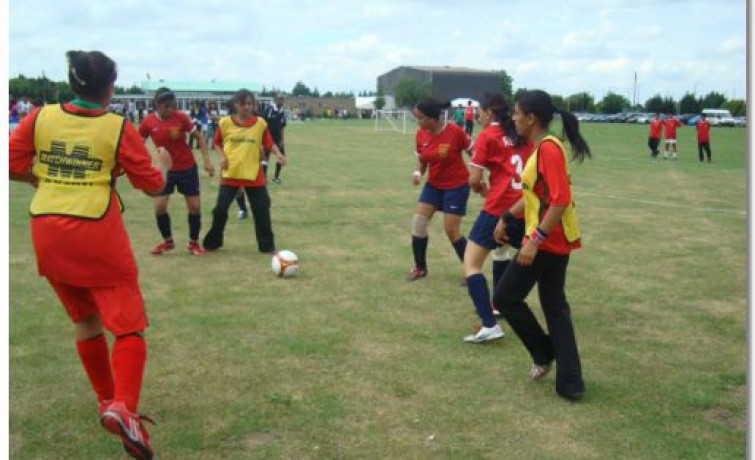 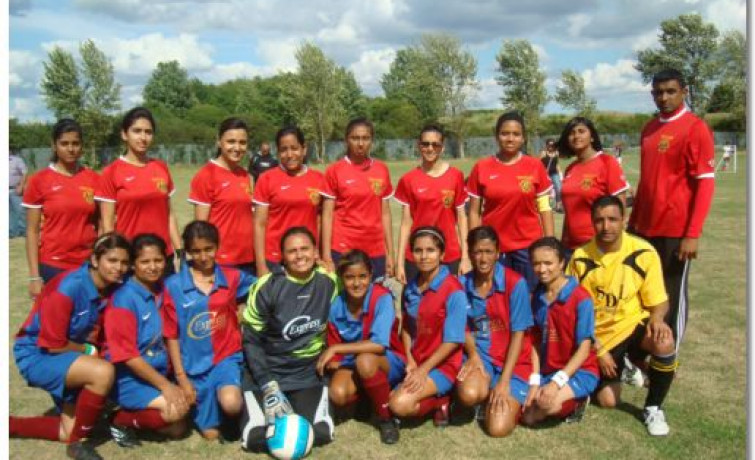 A total of 59 teams had entered this tournament across five categories. Swamibapa Football Club had three teams participating in the Ladies, Under 16s and Under 11s categories.

Swamibapa Football Club Ladies had been seeded as they were finalists last year, and were drawn against Kings and BYG A, both loosing semi-finalist in the previous year. The last team to make up the group was Swaminarayan Gadi Bolton (SGFC) who were the 2007 champions.

The first game was won comfortably with Jaz scoring a good goal to beat the Kings goalkeeper. Kings spent most of the game in their half as Swamibapa FC dominated the play. The goal posts and some good goal keeping denied Swamibapa FC any more goals. The second game was against BYG A who had already shown their strength by holding the 2007 champions SGFC to a 0-0 draw. The game was played at a high tempo. Like the previous match Swamibapa FC kept the ball in the BYG half. A one-two between Jaz and Shaheeni produced a powerful shot at goal which left the keeper stranded. 1-0 to Swamibapa FC, this was again the final score line in a match that was dominated by Swamibapa FC. As SGFC had won their next game, the places for the semi-final were decided. The winner of the final match between Swamibapa FC and Swaminarayan Gadi FC would finish top of the group with the looser finishing second. In a tentative encounter both teams were testing the water, pushing and probing to seek out the opposition's weaknesses.

Both teams were very familiar with each other as they had played in April during the Unity Cup. Then a quick side step from Sonam Bhudia followed by a cross goal shot lead to the opening goal SGFC. A few minutes later the referee awarded a penalty to Swaminarayan Gadi. Up stepped Chandrika Vajli, who sent the keeper the wrong way to net the second. SGFC won the game 2-0.

The first half was a gripping encounter with both teams attacking but not managing to beat the goal keepers who were in great form. The second half was practically played in Bhuva Construction's half as the Swamibapa FC players were pushing for the opening goal. A shot from Jaz saw a player from Bhuva Construction get sent off for 2 minutes as she had handled the ball. Despite the player advantage swamibapa FC were not able to breakdown Bhuva Construction. Extra time loomed and even though Bhuva hadn't had a shot on goal the game was still delicately balanced. As the whistle blew, both coaches walked over to their teams to give instructions for the next four minutes of extra time.

The first half of extra time saw another fine display of football from Swamibapa FC. Again like in the previous half the game was played inside Bhuva's half. Bhuva's keeper was forced to make saves against Shaheeni Vekaria and Anisha Hirji. The whistle blew for half time. The momentum from the first period of extra time was with Swamibapa. With one minute left on the clock a throw in was given to Swamibapa and this was directed to the goal area. The ball was hurled toward the goal and took a wicked deflection of Bhuva's captain. This completely wrong footed the goal keeper and the ball rolled over the line. 1-0 to Swamibapa with less than a minute to go. Most teams would have sat back and just defended. Swamibapa pushed for the second and almost got it. The whistle blew to signal the end of the game. As the players shook each others hands the supporters cheered as Swamibapa were in the finals.

In the other semi final Swaminarayan Gadi beat Naranpur 4-0 courtesy of a hat trick from Sonam Bhudia.

With the stake high, both teams posed for a photo together and shook hands. From the kick off it was clear that both teams wanted to win. The pace was quick and neither side showed any fatigue from the previous games. With this being a final, support was substantial for both sides. Both sets of fans cheered their team on and around the ground chants of Swamibapa and Swaminarayan Gadi could be heard. The first break came from Jaz Rabadia (SFC) who forced a save from Vanita Vagadia. Moments later Sonam Bhudia (SGFC) forced a save from Rupa Patel (SFC). A cross from Reena Kerai (SFC) put Anisha Hirji (SFC) through onto goal, but Vinati Pindoria (SGFC) did well to block the shot. The best chance of the first half fell to Heena Rabadia (SFC), again SGFC's keeper did well and saved the shot. With minutes remaining in the first half Sonam Bhudia managed to break free of her defender and score the game's opening goal. 1-0 to Swaminarayan Gadi.

The tempo was maintained in the second half with both teams going for the win. Most of the game was played in the middle of the park. But it was Sonam Bhudia who stole the show with a magnificent run to score the second and with it take control of the game. As the clock ticked the pressure was on. Swamibapa attacked the Swaminarayan Gadi goal without success. Swaminarayan Gadi hadn't conceded a goal and judging by the form of the keeper it didn't seem as if any would be conceded. The referee blew the whistle and with it Swaminarayan Gadi FC were crowned SKLPC Ladies Football Champions.

After collecting their trophies both teams rushed to Golders Green mandir. Here the trophies were presented to Lord Swaminarayanbapa Swamibapa and Archarya Swamishree. Both teams were congratulated by the entire congregation. 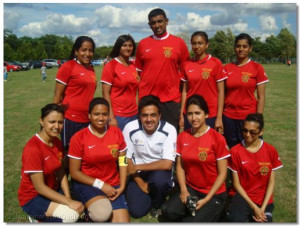 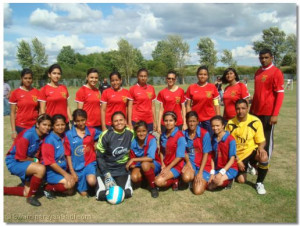 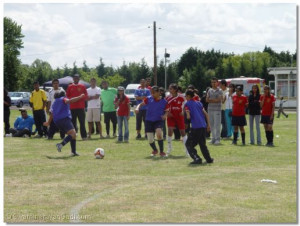 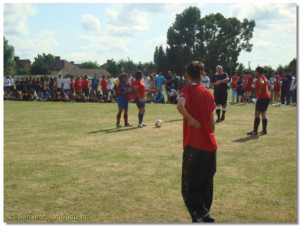 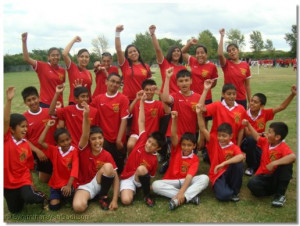 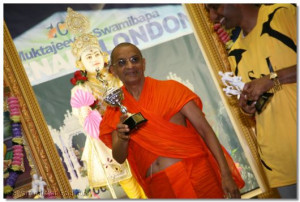