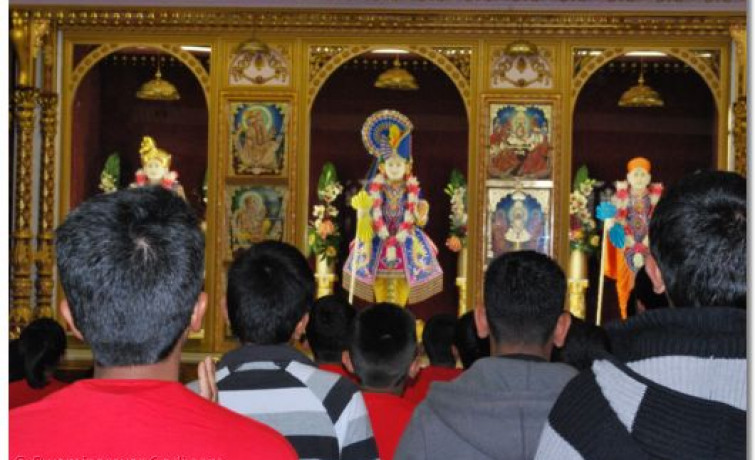 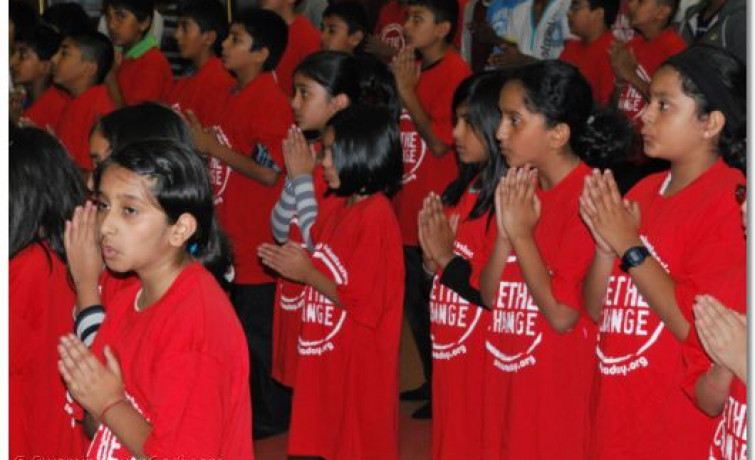 On 25th September 2011, Gurudev Jeevanrpan Swamibapa's pragatya din is celebrated in style and inspires the temple to join forces with Jewish and Christian neighbours for community projects in Brent and Barnet.

International Sewa Day is for local communities from all faiths and backgrounds to unite with the common vision to create a better world locally, nationally and internationally by harnessing local talents and goodwill.

Recognising the significant influence that Faith has on inspiring action in communities, the Shree Swaminarayan Temple Golders Green played a major role in shared interfaith visions leaving differences aside and focusing on the common ground. This was the second year that the three faiths have combined for Sewa Day

The Temple was inspired by their spiritual leader His Divine Holiness Acharya Swamishree Purushottampriyadasji Maharaj who said at an interfaith convention at the temple on 1st September "Sewa (selfless service) is a duty. Sewa to society must become our mantra...it (Sewa) is liberating for the soul."

Community members of the three faiths set up shopping stalls outside the two Sainsbury's branches in Golders Green to collect items of shopping to be distributed to Homeless Action in Barnet and St Mungo's Homeless Shelter in Brent.

Volunteers from the faiths manned the stalls and temples. The Shree Muktajeevan Pipe Band and the Shree Muktajeevan Dhol Academy drummers entertained shoppers from 10.00am to 4.00pm. Over 4000 items of food groceries were collected and then delivered to the homeless.

John Leslie Deputy Manager of St Mungo's Pound Lane Centre said "The quantity and type of food donated will keep us going over the winter period and some."

Temple trustee Dr Mahesh Varsani said..." we have done so well in keeping with the interfaith spirit...volunteers from the Alyth North Western Reform Synagogue and Golders Green Parish Church standing side by side with Temple members to collect food for the homeless in Barnet and Brent....Shree Muktajeevan Swamibapa the founder of our faith was a pioneer in such selfless service and interfaith cohesion...it is appropriate that today the Temple is also celebrating his birthday"

The three communities have also collaborated in a "Feed the Mind" unused children's books collectathon at the Temple to donate to charities currently working to improve literacy rates at a Community level in Zambia, Malawi and Ecuador. Over 2000 books have currently been collected. The children from the temple brought in books to donate to children's charities and held them aloft as they donated their books.

The temple also sent teams of community volunteers from Barnet and Brent to transform the gardens of two elderly people in Brent in conjunction with the Met. Police Safer Neighbourhood Team (who also helped secure the houses for the elderly residents against burglaries). The residents of the two properties one in Stag Lane Barnet and the other in Shaftsbury Avenue Brent were absolutely speechless with the transformation.

Edith Kennedy over 80 years old who suffers from poor health and has lived on her own in Shaftsbury Avenue Kenton and whose garden was untouched for years said "Words cannot express how I feel, you have created something wonderful...I have had various people promising to do something but no one does... you had all these youngsters who voluntarily worked all day without stop..I want to thank them personally...your temple should be proud of the values of selfless service it has instilled. There is so little of it about these days..."

Tony Blair Foundation Faiths Act Fellow Harsha Sharma from Finchley said of transforming Edith's garden "we had a fantastic time, really blessed to have had a chance to take part in such a project." 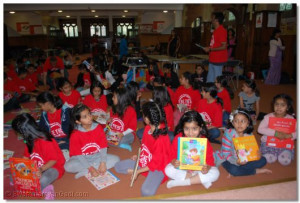 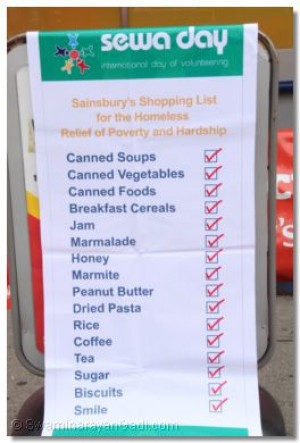 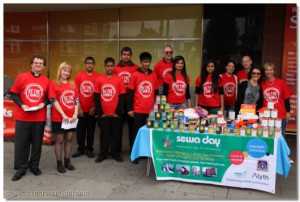 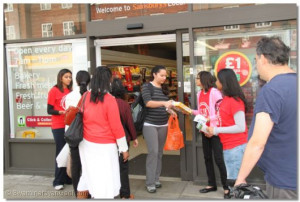 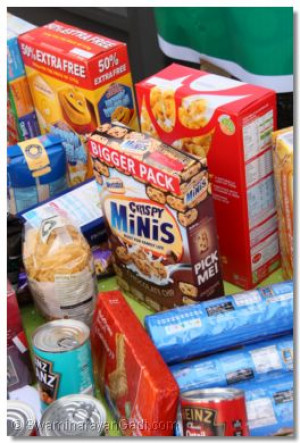 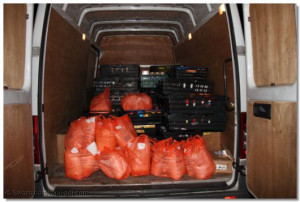