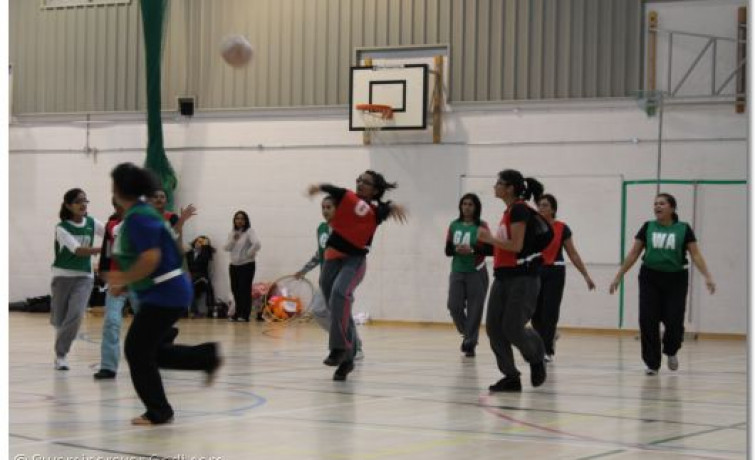 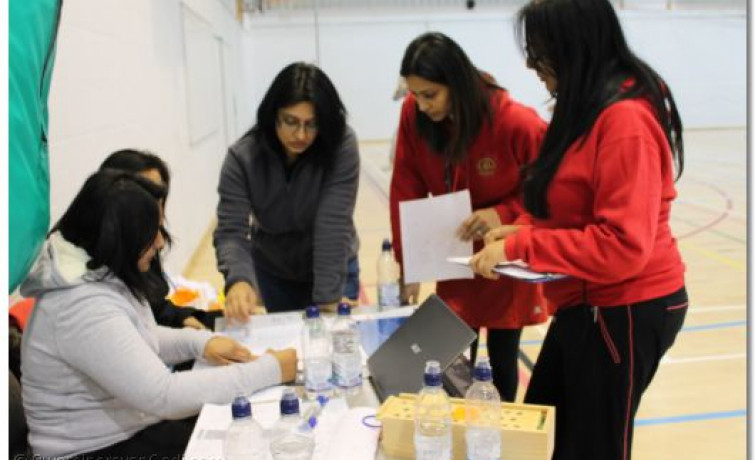 Each year, Shree Muktajeevan Sports Academy organises a Sports Day especially to encourage male and female members of congregation irrespective of age, ability or experience to take part in sporting and team building activities. A lot of thought and preparation went into the agenda to ensure the day was filled with a variety of interactive events.

At 9.30am on Sunday the 18th of December at the Jewish Free School in Kingsbury, boys, girls, ladies and men began to arrive. The two halls quickly filled with excitement and nervousness as people dusted off their gym shoes and began to eye up the competition.

For the females: Swamibapa Netball Club’s administration team prepared the score-sheets, schedule for the day and the equipment required whilst the organisers of the day, Pretal, Vasanti, Priya and Jaz organised the teams in readiness for a 10am start.

The day was made up of a series of different activities in which teams could accumulate points. The morning session was dedicated to a netball tournament and the afternoon focussed more on team building and creative activities.

Once the teams were picked, the first activity commenced. Each team had been given a goody bag of identical equipment to create a team banner. The teams were given numbers 1 to 6 and had 15 minutes to create a team name (which had to incorporate their given number) design, create and hang up their banners. Teams were marked on their creativity, group participation, use of equipment and innovation. The teams were, 1 Shot Winners, 2Pac, 3 Murti, 4ageous 4ever, Hi5 and Soopah 6’s.  The judge’s decision was unanimous and Soopah 6’s secured the maximum 6 points for the activity.

Before the mornings games began – a short presentation on the importance of sports was given by Swamibapa Netball Clubs youngest members, Aaishwarya Halai and Anisha Kunverji. They confidently spoke to the audience reflected on how sports had helped them develop valuable transferable life skills. Something Swamibapa Himself had promoted.

That in mind the ladies were raring to go, after a short prathna, a quick warm up and captains briefing, the first two games were played on parallel courts. The atmosphere was fantastic, ladies who had not played netball since they were in high school, playing side by side with their daughters...! Goals were quickly being score on either side of the court; it was almost like watching a tennis match. With whistles blowing, teams cheering one another on and captains constantly revisiting the scoreboards. The two hours of netball seemed to fly by. As the admin teams counted up the scores and Pratiksha nursed her twisted ankle, the remainder of the girls made their way to the lunch area. As always the catering ladies had put on a delicious healthy spread of sandwiches and fruit.

As teams reflected on the mornings games, they re-energised their bodies wondering what the afternoon had in store for them. Now back in the main hall, the teams were seated in their areas ready for the next activity. They were handed a bag of full of foil, paper, bin liners, scissors and tape for a ‘Create a uniform’ game. The teams had 30 mins in which to design, make and model a new sporting uniform. The teams really put their creative skills into action and as the ladies strutted down the catwalk, it was clear there were some real naturals amongst the crowd. The judges watched carefully and with their sharpened pencils scribbled down their scores.

2pac were the clear winners with Anisha’s modelling techniques wowing not only the judges but also the competition. The next activity was a football penalty shootout with a twist. The team players each had two shots against an opposing goal keeper with the shooters and keeper blindfolded. As other teams watched and refined their tactics the teams screamed, ‘ go left’, ‘go right’ in attempts to assist, but often hinder the goal keeper.

The next activity was a sporting anagram and Shree Muktajeevan Sports Academy quiz, testing the knowledge of the team’s awareness of the different sports clubs run under the academy.

With just the back to back obstacle course left before the netball finals, teams were eager to score as many points as they could to put them in the running for the overall winners of the day.

Once the back to back obstacle course was completed by all teams, only the Netball semi finals and finals remained. After a long day of activities, the tiredness was showing, but the competitive spirit took over. The netball final was being played, One shot winners, versus Hi5 and with only one goal separating the two, the final whistle had blown. One shot Winners managed to secure the win.

As the teams began to wind down, a slideshow presentation of pictures from the day’s event was shown. Girls as young as 11 and ladies over 50 took part in the truly successful event. Without knowing, people were putting into practice leadership, team work, coordination, tactical, strategic and communication skills.

As the teams applauded the organisers, support teams, caterers and themselves they all began to leave filled with high spirit, fond memories and new friends.

The well deserved winners of the overall day were Soopah 6’s.

We’ll rise, tumble and fall, not alone but together.

For the males: Swamibapa Football Club’s administration team prepared the score-sheets, schedule for the day and the equipment required whilst the organisers of the day, Gopal, Vas, Shrikant and Navin organised the teams.

The under 14s played indoors and the adults played on the all weather pitch. The format was simple, 5 aside football rules, the ball couldn’t be kicked over head height and the simple objective was to score more goals than the opposition! The under 14s were keen to show the spectators that they were just as good as if not better than the Adults who were due to kick off after the U14s had finished. Shots were taken from all areas of the pitch and tackles were fair but very fierce. The U14s who are coached on Saturdays by Gopal and Vas were showing off skills learnt at their Saturday morning sessions.
Four teams battled the groups stages and a total of 40 goals were scored. The top two teams would make it to the final and win the coveted Acharya Swamishree 5 Aside Trophy.  The young lions Shreyas Mistry, Sunay Pathani, Shreyas Bhudia, Jignesh Khimani and Luca Gadjic finished top of the groups and faced the Speedy Ceetahs Parth Pindoria, Tejas Mistry, Aashish Pathani, Divakar Patel and Suryan Pindoira. A tense final was decided by one goal from the young lions. The golden boot went to Divakar Patel with 8 goals. 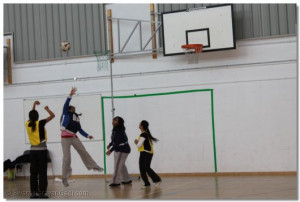 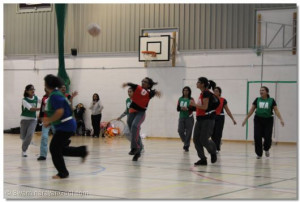 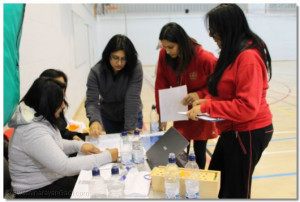 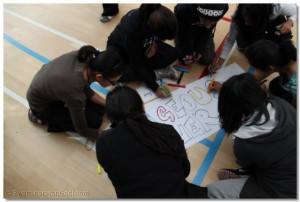 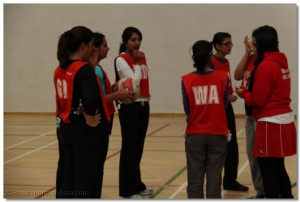 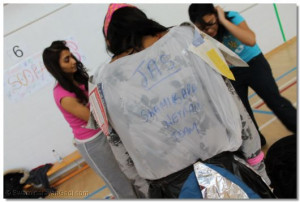