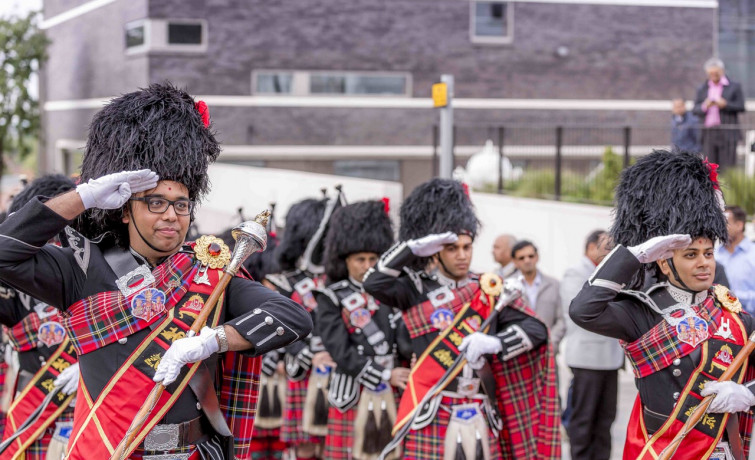 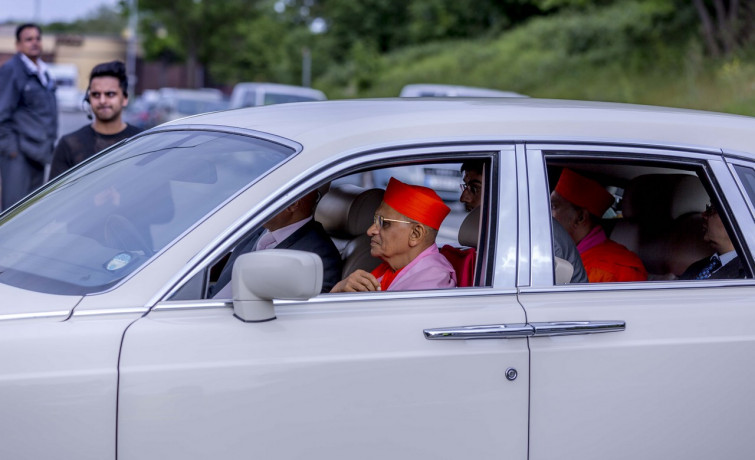 Acharya Swamishree Maharaj fulfilled the prayers of His disciples residing in the UK and arrived in London on Monday 25th May. He arrived at Shree Swaminarayan Mandir Kingsbury at 8am and presided on a golden chariot that was drawn into the Complex by Sants. Shree Muktajeevan Pipe Band, included the young Cadets, led the parade all the way into the Mandir.

Hundreds of disciples and neighbours gathered at Shree Muktajeevan Swamibapa Complex, eagerly awaiting Acharya Swamishree Maharaj’s arrival. Once inside the Mandir He performed aarti to Lord Swaminarayanbapa Swamibapa, before giving His darsahn to everyone and retiring to his room.

A special welcoming Swagat Sabha was held that evening, during which Acharya Swamishree Maharaj showered His divine ashirwad. The young students of Swamibapa Gujarati School performed a number of musical acts to show how delighted they were with the arrival of their beloved Guru. Acharya Swamishree Maharaj was immensely pleased with the innocent love of the youngsters. The evening concluded with everyone having Prasad dinner. 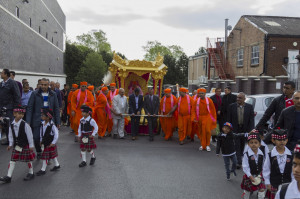 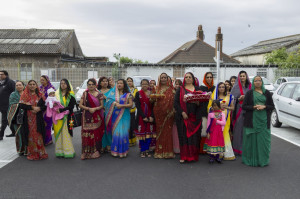 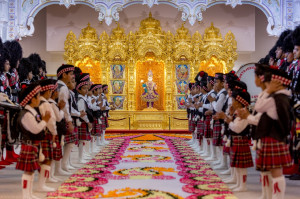 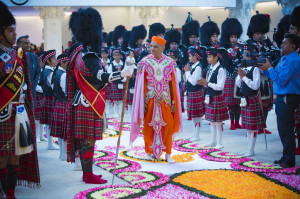 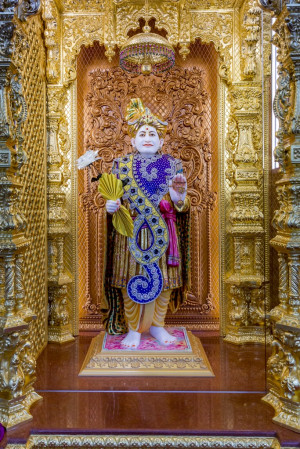 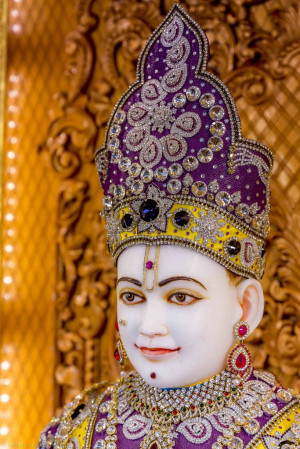