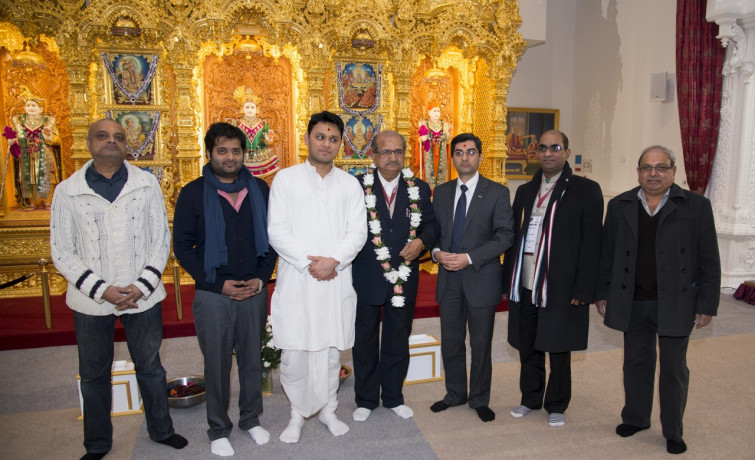 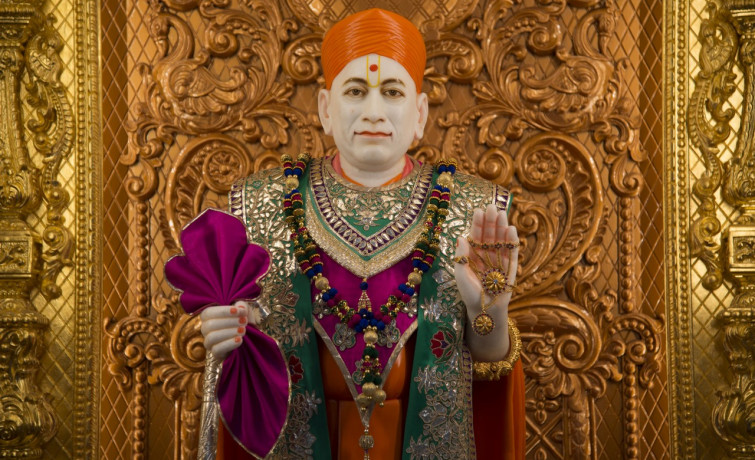 On Wednesday 21 January 2015, Shri Bhupendrasinh Jii Chudasama, a senior Cabinet Minister in the Government of the State of Gujarat, visited the newly opened Shree Swaminarayan Mandir in Kingsbury, North-west London.

Honourable Shri Chudasama was in London to attend The Education World Forum, the largest gathering of education and skills ministers in the world organized by the UK Foreign and Commonwealth Office (FCO), the Department for Education (DfE), the Department for Business, Innovation and Skills (BIS), the British Council and industry partners.

Having heard about the excellent educational initiatives of the Mandir – including free Gujarati Classes to youngsters – he insisted on visiting this new London landmark despite the brevity of his visit to the UK. During his visit, he praised Acharya Shree Purushottampriyadasji Swamishree Maharaj, worldwide spiritual leader of Maninagar Shree Swaminarayan Gadi Sansthan and the creator of Shree Swaminarayan Mandir, for inspiring such a Centre.

This magnificent monument to Indian culture and heritage has been hailed as the world’s first eco-friendly temple for its numerous green technologies, and has been visited by people from around the world, of all nationalities and cultures.

The Mandir is housed in Shree Muktajeevan Swamibapa Complex, which also includes Abji Bapashree House - a local enterprise centre for small business use, and Purushottam Mahal - a state of the art multifunctional sports and events facility.

The Education Minister was given a tour of the spiritual, educational, charitable and sporting facilities provided for the community at the site, which he was very impressed to see. 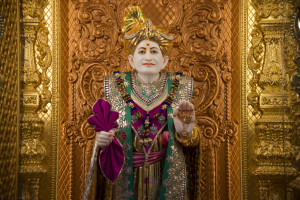 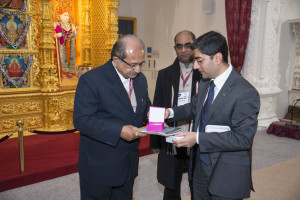 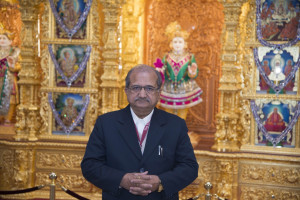 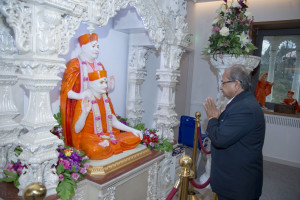 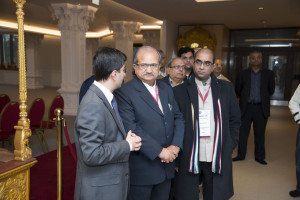 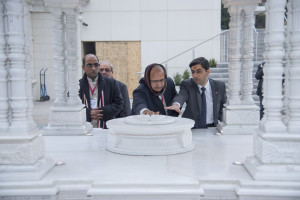