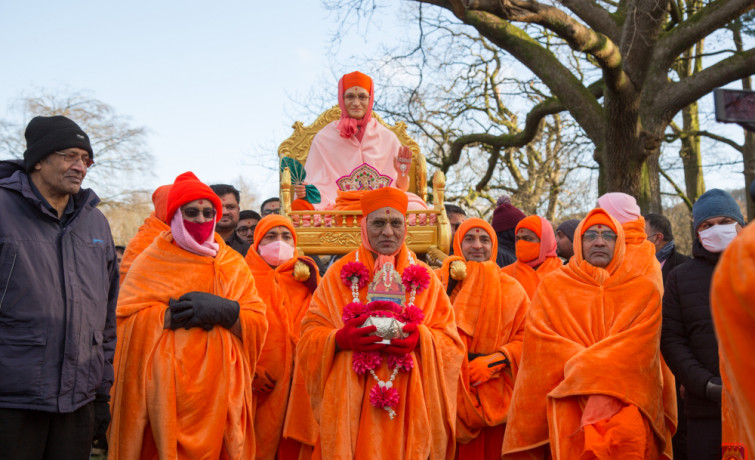 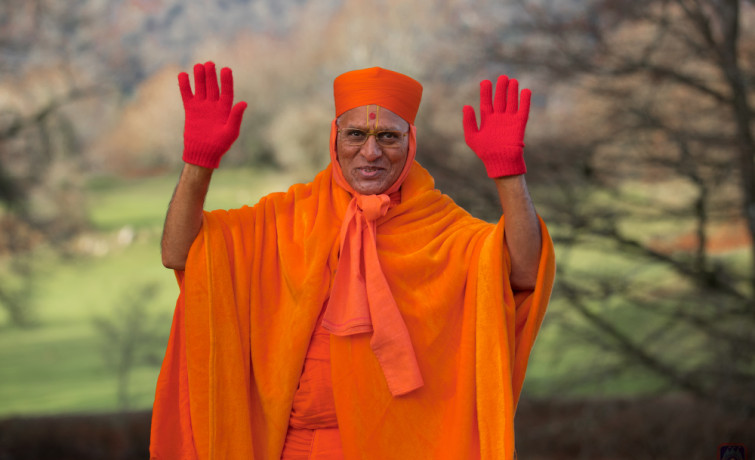 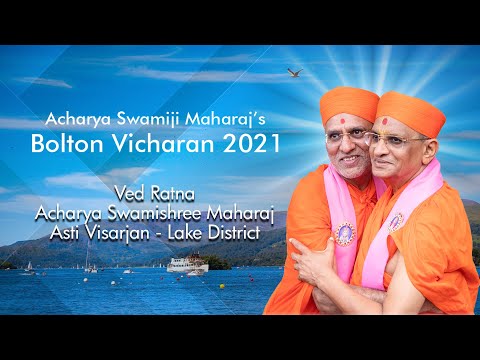 Such is the will of Lord Swaminarayan, the storm that had hit the Lake District early that morning had subsided just as Acharya Swamiji Maharaj arrived.

Shree Muktajeevan Swamibapa Pipe Band performed salute to Acharya Swamiji Maharaj before leading the procession across the banks of the Lake playing kirtans along the way. Acharya Swamiji Maharaj & Sants carrying Ved Ratna Acharya Swamishree Maharaj on a palkhi followed the band, before arriving at a low-lying bank of the lake where Prem Murti Bapa’s Asti would be spread. Disciples watched the ceremony unfold in the place which holds many a memory.

Since then, Acharya Swamishree Maharaj has visited the Lake District for many years in memory of Jeevanpran Swamibapa, and holds dear importance to Sants and discples of Shree Swaminarayan Gadi.

Following the completion of the Asti Visarjan ceremony, the congregation resumed the procession to Shree Muktajeevan Swamibapa Hill (the place where disciples would gather to listen to Jeevanpran Swamibapa’s divine Ashirwad), where aarti was performed and kirtans were sang, before Acharya Swamiji Maharaj departed back to Shree Swaminarayan Mandir, Bolton. 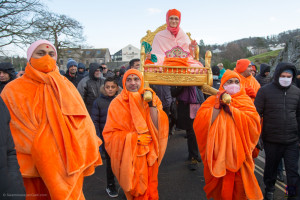 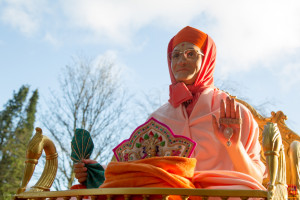 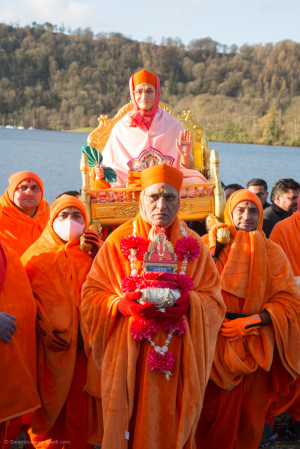 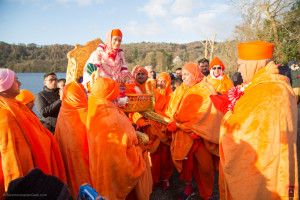 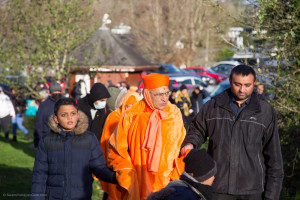 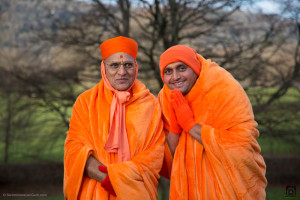