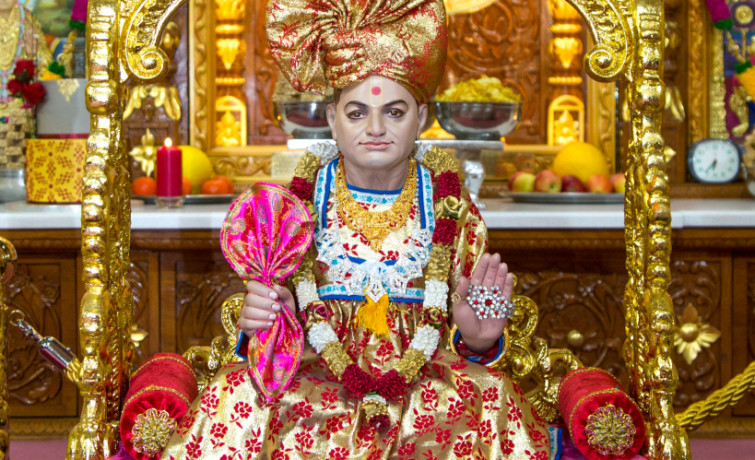 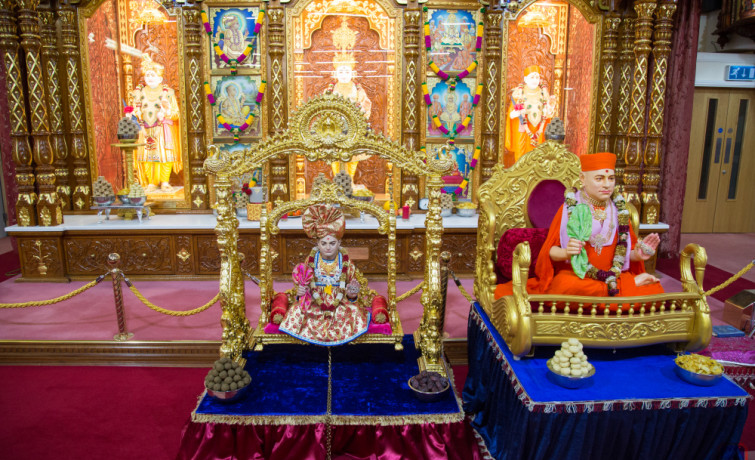 The auspicious day that the supreme Lord Shree Swaminarayan chose to give darshan upon the Earth as Shree Abji Bapashree was Prabhodhini Ekadashi (Kartik Sud Ekadashi, Samvat 1901).

For disciples of the Shree Swaminarayan Gadi Sanstan, Kartik sud Ekadashi is regarded as the most significant Ekadashi of the year, due to its great significance marking six historical events:

1. The divine murti through whom Lord Shree Swaminarayan re-manifested upon this earth to propagate His own true spiritual tenets, Jeevanpran Shree Abji Bapashree, gave darshan upon this earth. (Samvat 1901, 1844 AD, Vrushpur).

3. The young Lord, in the guise of Shree Nilkanthvarni, was initiated as a Sant by Sadguru Shree Ramanand Swami (Samvat 1857, 1800, Piplana).

5. Having been handed the helm of the religion, Shreeji Maharaj presided upon His divine throne, Shree Swaminarayan Gadi.

6. Jeevanpran Shree Muktajeevan Swamibapa was initiated as a Sant in the Samvat year 1986 (14th November 1929).

Disciples gathered at the Mandir and performed the 1 hour Swaminarayan Mahamantra Dhoon (continuous chanting of the Lord’s name), before Shree Abji Bapashree presided in a decorated golden cradle and His pragatya aarti was performed. Disciples sang kirtans of Bapashree whilst performing poojan and aarti.

A special video, of Gurudev Jeevanpran Swamibapa explaining the identity and glory of Jeevanpran Bapashree, was then shown, before everyone received Prasad. 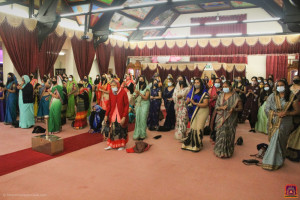 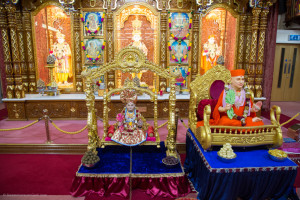 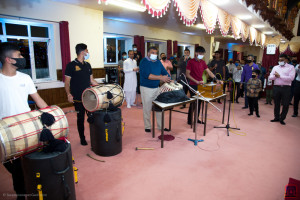 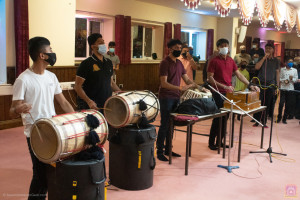 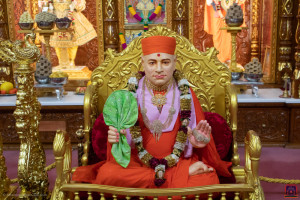 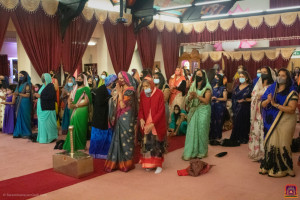