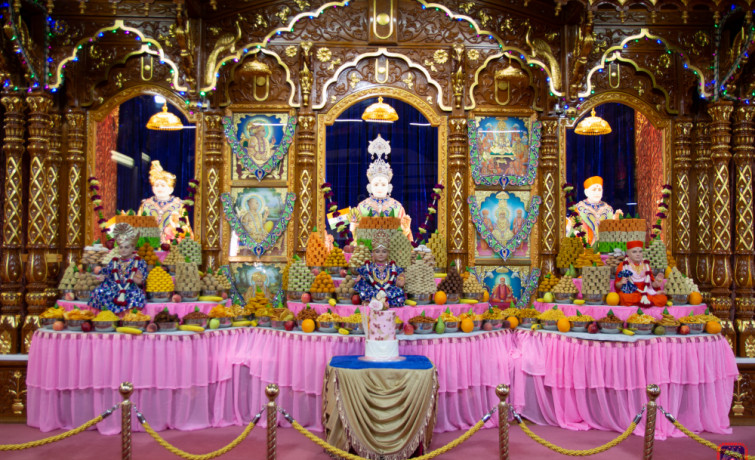 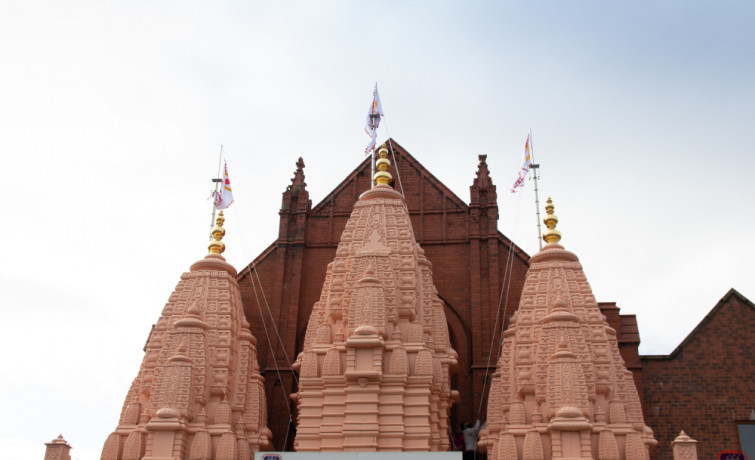 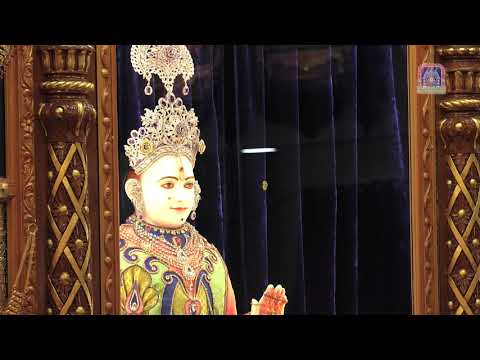 Shree Swaminarayan Mandir Bolton celebrated their 21st Patotsav on the 15th August 2021. The wet Great British weather broke in to a clear, dry morning as the Patotsav Ceremonies began.

The ceremony commenced at 8.00am, with Pujari performing the Patotsav Vidhi. It was fantastic to see Shree Swaminarayan Gadi family members across the UK and Online via Live Broadcast from around the world, come together on this auspicious occasion, and have the divine darshan of Lord Shree Swaminarayanbapa Swamibapa and Acharya Swamiji Maharaj.

The flag raising ceremony was performed on the newly installed shikar and kalash.

This day coincided with the 75th Anniversary of Indian Independence. To commemorate this day, Shree Muktajeevan Swamibapa Pipe Band Bolton performed the Indian National Anthem whilst the Indian Flag ‘Tiranga’ was hosted in the grounds of the Mandir.

Following this, a Grand Annakut was placed before the Lord that included several sweet and savoury delicacies, including Penda sent all the way from Maninagar, India. Deciples performed aarti to Lord Shree Swaminarayanbapa Swamibapa.

Acharya Swamiji Maharaj then showered His divine Ashirwad on everyone via Live Stream from Maninagar, India.

Following Ashirwad, the day’s celebrations ended with everyone taking Prasad ‘thaar’ together. 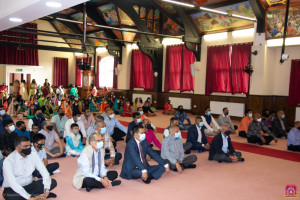 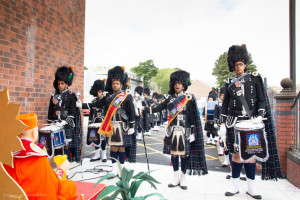 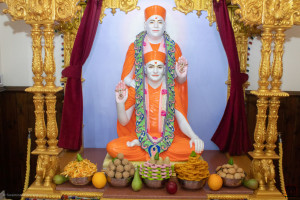 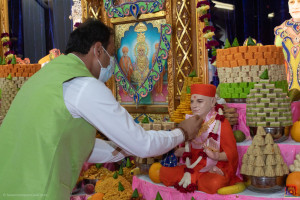 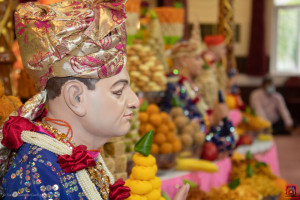 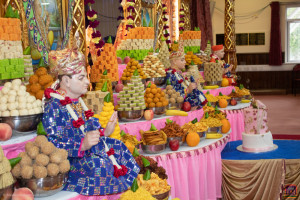