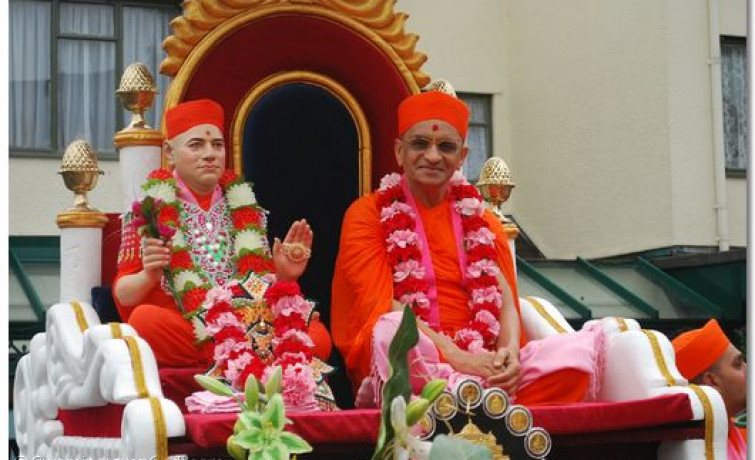 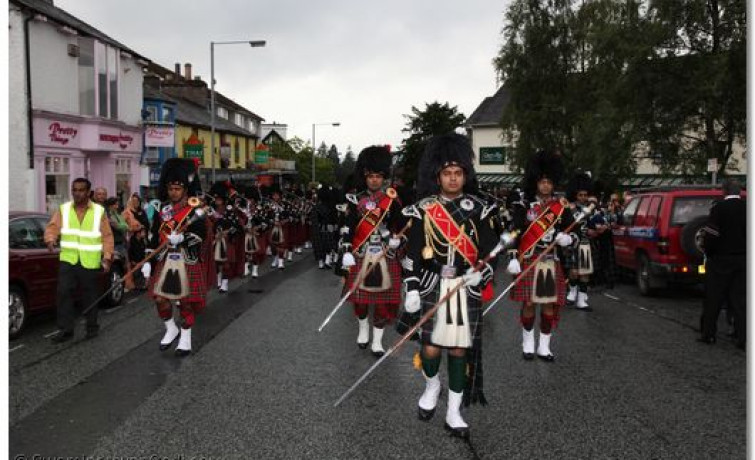 On Tuesday 18th August 2009, Hindu’s from all over the world, including monks from India, joined hundreds of visitors and locals and the Worshipful Mayor in the Lake District town of Bowness-on-Windermere, in Northern England to commemorate the key teachings of Jeevanpran Shree Muktajeevan Swamibapa, founder of the Organisation Maninagar Shree Swaminarayan Gadi Sansthan, in a spectacle that embodied his lifetime message of peace, harmony amongst cultures and the support of human endeavour to achieve one’s highest aspirations in life through the strength of community unity.

Shree Muktajeevan Swamibapa held His final congregation in Windermere, Cumbria in 1979, atop of what has since been affectionately coined ‘Swamibapa Hill’. His followers recreated that very day in every sense.

The showers falling over the tranquil Lakes did little to dampen Indian spirits, as a magnificent procession of peace, led by a magical Dove of Peace Chariot carrying the Organisation’s leader, His Divine Holiness Acharya Swamishree Purushottampriyadasji Maharaj, marched through the town of Bowness-on-Windermere. Scottish Pipe Bands, a sea of sequined sarees and Indian dhol drums completed the spectacular parade, which shone through anything the weather had to offer. The Dove was created and drawn by the fiery coloured tangerine robed Hindu monks of the Faith, chanting the ancient Hindu scriptural verses of peace. All of this was tribute and thanks to their leader who has provided the platform for them to achieve their aspirations and express their talents. In a sea of beautiful colour, ladies of all ages skilfully carried pots (Hamayas) on their heads, symbolising peace on Earth. Local visitors joined in with the celebrations and also carried the auspicious pots.

East not only met West, but truly embraced it as the parade wound its way towards the pier filling the air with the fused sounds of swirling Scottish Pipes and traditional Indian Dhol Drum beats, all played by British born Indians in full Scottish tartan and kilts. It was a perfect personification of the Organisation’s ethos of cultural harmony and community cohesion.

A significant media presence filmed and recorded the unique scenes and sounds for local and national TV, radio and press coverage.

The Mayor of Windermere, Bill Smith, officially welcomed the procession at the banks of Lake Windermere where he and all the participants boarded boats to commence a unique water convoy that formed a Circle of Unity in the middle of the Lake. A prayer of peace was recited in a united single voice that echoed over the Lake. It was such a moving cruise that one of the captains promised that he would rename his vessel ‘Shree Muktajeevan Swamibapa’

The event concluded with a mass Picnic of Harmony on Swamibapa Hill, where an exhibition of photographs of the same day 30 years ago was erected. Many local residents and visitors joined the congregants to share some traditional home made Indian vegetarian delicacies, all in the spirit of universal brotherhood.

"It's truly a pleasure to see people of different faiths and backgrounds enjoying this beautiful area, especially in this weather! Everything has been amazing from the colour and music to the unmistakable spirituality of the day," said one delighted onlooker.

"I came from St Andrews [Scotland] today only to hear, to my great surprise and joy, a Hindu Scottish Pipe Band!" exclaimed another.

"I live in this town and have never seen anything like this before; it's brilliant for the area and make sure you come back every year!" insisted one of the residents of Bowness-on-Windermere.

"This has been a fantastic day for the family; we had the chance to play the Indian drums, as well as taste some fantastic home-cooked Indian food. But what I think will stay with us is how friendly and truly welcoming everyone was," said one of the many visitors who joined the picnic. 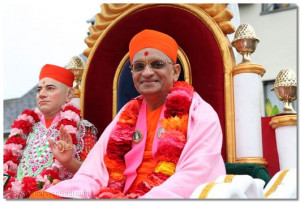 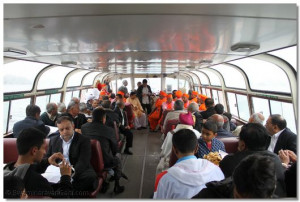 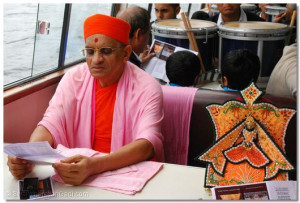 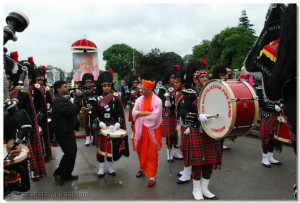 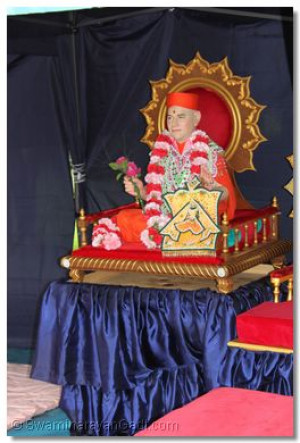 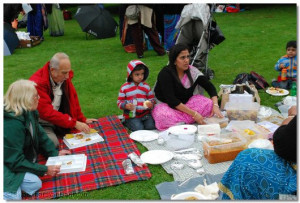